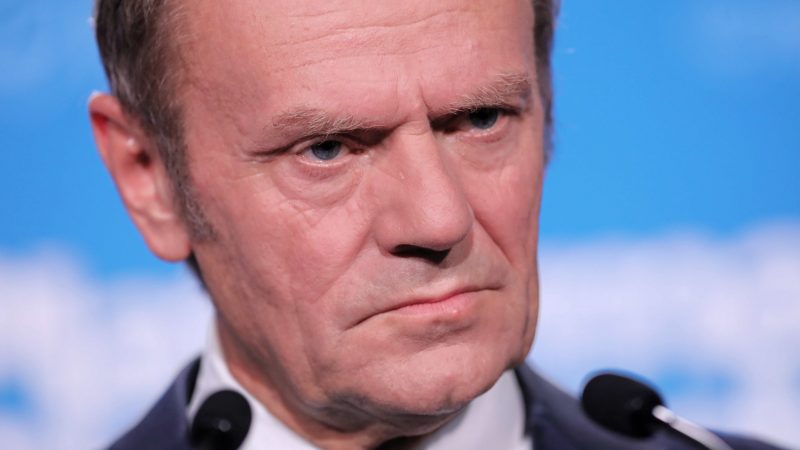 Donald Tusk, who took over as acting head of Polish opposition party Civic Platform on Saturday (3 July), is an unflappable fighter with political roots in Poland’s anti-communist movement and experience putting out fires both at home and in Brussels.

A football-mad historian with piercing blue eyes, the 64-year-old served two terms as prime minister before leaving his homeland for Brussels, where he snagged the top job in 2014.

As president of the European Council, which brings together the EU’s national leaders, he handled crises ranging from migration to Greece’s economic plight to tough Brexit negotiations.

After learning English from scratch for the post, Tusk went on to win a reputation for plain speaking with a penchant for colourful phrasing.

Of Brexit, he warned for example “there will be no cakes on the table for anyone, there will be only salt and vinegar.”

Since 2019, he has served as head of Europe’s top political grouping, the centre-right European People’s Party (EPP).

Active on Twitter, he frequently takes shots at his arch-rivals in Poland, the right-wing Law and Justice (PiS) party in power, notably offering criticism of their handling of the pandemic and efforts to tighten the abortion law.

After someone tweeted last year that it would be a game-changer for Tusk and PiS leader Jaroslaw Kaczynski to get vaccinated together, Tusk replied: “I’d be prepared to jab him myself for the cause.”

‘Cruising for a bruising’

The two are bitter enemies, with Kaczynski accusing Tusk of having “moral responsibility” for the death of his brother Lech, the then-president, in an air crash in Russia in 2010.

Tusk was the prime minister when the crash wiped out a large chunk of the Polish establishment on the way to Smolensk to mark the murder of thousands of Poles by the Soviet secret police during World War II.

Conservatives have accused Tusk’s government of negligence in preparations for the presidential visit and shortcomings in the investigation.

Tusk’s bitter enmity with the PiS spilled onto the international stage when Poland’s right-wing government tried – but failed – to block his re-election as head of the European Council in 2017.

“Be careful of the bridges you burn because once they are gone you can never cross them again,” Tusk told reporters at the time.

Tusk’s roots as a fighter go back to his upbringing in Gdansk on the Baltic Sea.

“As a child, as a young man, I was a typical hooligan… We would roam the streets, you know, cruising for a bruising” after fights or football matches, he told the Financial Times in 2014.

Football has continued to be an obsession, with Tusk able to recite match results from major tournaments held decades ago off the top of his head.

Gdansk later became the cradle of the Solidarity movement and it was here that Tusk forged his credentials as something of a Cold War warrior.

A trade unionist, journalist and historian, he also ran a modest industrial painting business under Communism. Private enterprise was rare then, but small ventures were tolerated.

“It’s by painting all sorts of industrial sites, chimneys and bridges that he learned about the market economy and its operating rules,” his longtime friend Jerzy Borowczak told AFP.

After Communism fell, Tusk and a group of friends in Gdansk formed a liberal party, pushing for sweeping privatisation of the state-run economy. In 2001, he co-founded the Civic Platform (PO) party.

He took power in 2007 from the ultra-conservative Kaczynski twins, serving until he left for Brussels in 2014.

As premier, Tusk had the distinction of steering Poland through the global financial crisis as the only EU state to maintain growth.

He is married to historian Malgorzata Tusk and has two adult children, one of whom is a well-known fashion blogger in Poland.

Tusk is a proud Kashubian, a Slav minority from the Gdansk region.

He only discovered his roots as an adult, prompting him to learn the language and later write the first textbook for would-be Kashubian speakers. 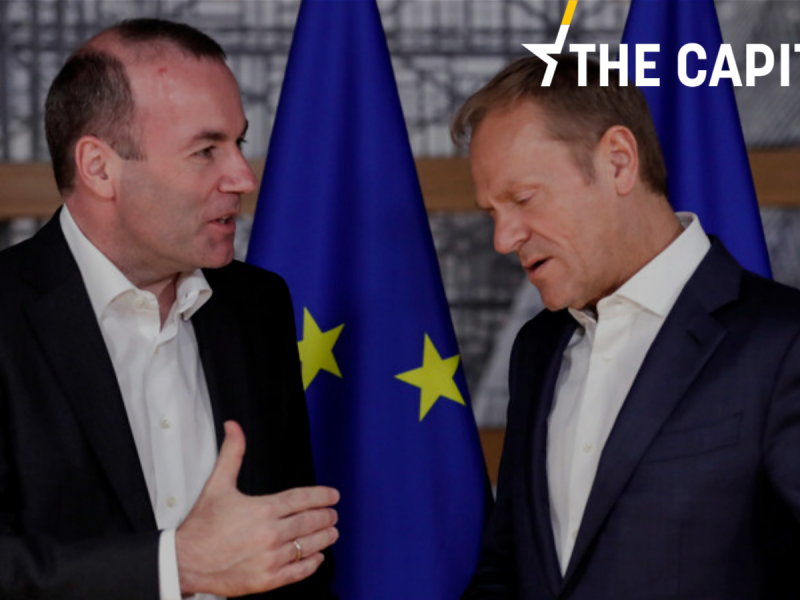 Why Tusk decided not to run for Poland’s presidency