The Freedom Party (FPÖ) is the junior coalition partner to Chancellor Sebastian Kurz’s conservatives but it controls much of the country’s security apparatus. Its ministers head the Defence Ministry and the Interior Ministry, which in turn oversees Austria’s main intelligence agency, the BVT.

Ties between the FPÖ and President Vladimir Putin’s United Russia party, including a formal cooperation agreement, have long been of concern to Western security services, many of which see Russia as a dangerous adversary. 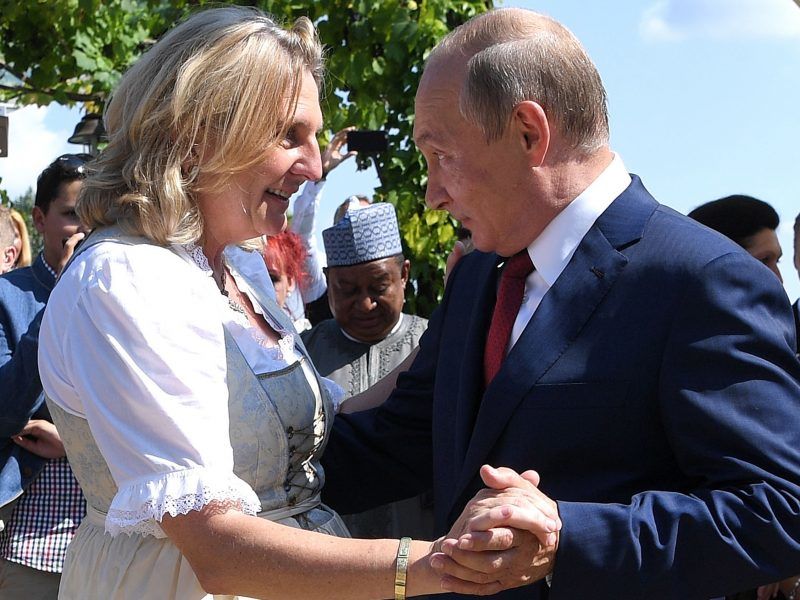 “Those are to my knowledge British agencies, in particular MI5, and the Dutch intelligence agency,” Pilz said, after newspaper Der Standard reported about reduced intelligence contacts with both countries.

Pilz added that the main reason was the FPÖ’s proximity to Moscow and Putin.

Austria’s Interior Ministry was not immediately available for comment.

Tensions with some European partners’ intelligence agencies have increased since Kurz’s conservatives and the FPÖ entered government in December 2017.

Invoking a tradition of neutrality, Austria last year declined to join the majority of European Union countries that expelled Russian diplomats over the poisoning in Britain of former Russian spy Sergei Skripal and his daughter, which London blamed on Moscow.

An Austrian army colonel was later arrested on suspicion of spying for Moscow for decades but Austria said it would still not expel any of the more than 100 Russian diplomats based in Vienna, a major diplomatic hub that also provides cover for foreign spies to operate with diplomatic immunity.

Police raids last year at the offices of the Federal Office for the Protection of the Constitution and Counterterrorism (BVT) and at the home of the BVT’s extremism department chief also led partner agencies to question whether it was safe to pass on intelligence to Austria.

Kurz has said he plans to make the BVT report to him and FPÖ Vice Chancellor Heinz-Christian Strache although it would still remain part of the Interior Ministry.

The BVT is not currently taking part in working groups of the Club of Bern, a network of European intelligence agencies, because of concerns among members about a club memo that was leaked to an Austrian newspaper, the head of the BVT said last week. He added, however, that Austria remains a member.