Britain formally began its divorce from the European Union last Wednesday, and airlines have demanded that their sector is prioritised in the forthcoming two years of negotiations to ensure there is no disruption to flights.

The Association of British Travel Agents (ABTA) said the maintenance of visa-free travel between the EU and UK after Brexit was among its main priorities.

Other goals for ABTA included the protection of Britons’ ability to travel freely to Europe and beyond and safeguards for consumer rights, as well as stability and growth opportunities for British businesses.

“Travel and tourism is one of the UK’s largest industries and it is vital that the Government makes sure it can continue to thrive during and after the negotiations,” said Mark Tanzer, Chief Executive of ABTA.

The trade body also said a transitional arrangement may be needed, to give consumers certainty given that some holidays are sold a year and a half in advance.

Currently Britain is due to leave the European Union in March 2019, whether or not an agreement over the terms of its departure can be reached.

Unlike trade arrangements, which will default to World Trade Organisation rules if no deal is reached, the aviation sector has “no international fall-back option,” the ABTA report said.

Also on Tuesday, the UK parliament’s Committee on Exiting the EU demanded proof that “no deal is better than a bad deal”. MPs called on Prime Minister Theresa May to offer an economic assessment on the impact of leaving the European Union with no agreement.

EU officials have balked at May’s Brexit wishlist, which includes “frictionless” trade and good cooperation with the EU, plus control over immigration.

But the PM has said she is prepared to walk away from the talks without a deal rather than accepting a “bad” one, a term her government has so far declined to elaborate on despite fears among manufacturers over new trade barriers if Britain has to revert to World Trade Organisation rules.

“Without an economic impact assessment of ‘no deal’ and without evidence that steps are being taken to mitigate the damaging effect of such an outcome, the government’s assertion that ‘no deal is better than a bad deal’ is unsubstantiated,” said Hilary Benn, chairman of the Committee on Exiting the EU.

“Parliament must be in an informed position to decide whether a proposed deal is, in fact, better or worse than no deal,” he added in a statement.

The EU’s backing of Spain in the dispute over Gibraltar could strengthen the hand of EU negotiators. 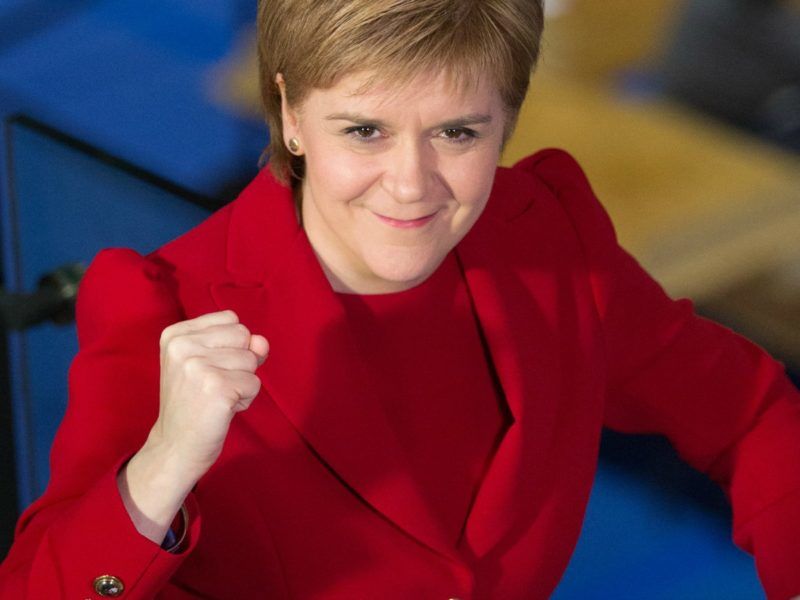