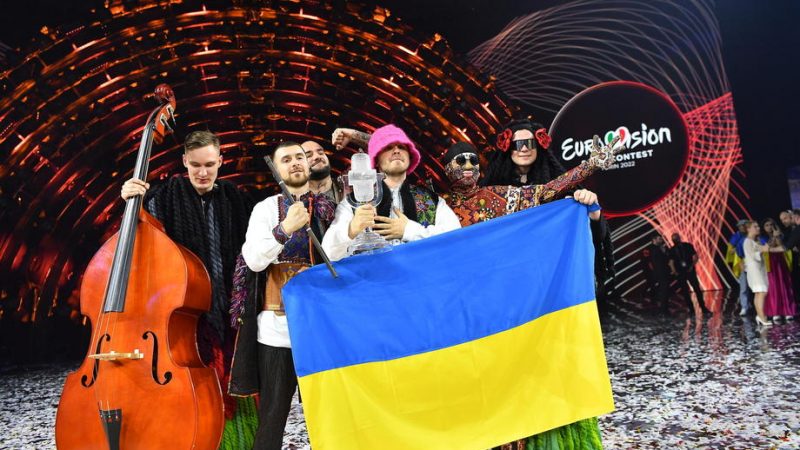 In a press conference, Kalush Orchestra's Oleh Psjuk stressed that Ukraine's culture is under attack. "We are here to prove that our culture is alive," he said. [EPA-EFE/DI MARCO]

After winning the 2022 Eurovision Song Contest (ESC) on Saturday (14 May), Ukraine is expected to host the gala event next year, highlighting another symbol of its renewed European integration. However, with the war still raging in its territory, the prospect of holding the 2023 edition in Ukraine remains daunting.

“I’m sure next year Ukraine will be happy to host Europe in a new integrated and happy Ukraine,” said Oleh Psjuk, the frontman of the group Kalush Orchestra, who won Europe’s most-followed music competition on Saturday.

In a message released immediately after their victory, Ukrainian President Volodymyr Zelenskyy went further, saying his country will do its best to host participants and guests of Eurovision in a ‘free, peaceful, rebuilt,’ Mariupol one day.

The coastal city in Donetsk Oblast is currently occupied by Russian forces, after a brutal siege that razed most of it to the ground, while soldiers from Ukraine’s National Guard are holed up in the sprawling local steelwork at Azovstal.

After their performance, Kalush Orchestra made a plea to support the people of Mariupol too. “I ask all of you, please help Ukraine, Mariupol, help Azovstal, right now,” Psjuk said when the group was still on the stage.

The reference was somehow expected as in the run-up to the grand final, many Ukrainians on social media expressed hope that Kalush Orchestra’s global exposure will highlight the urgent situation on the ground in the country, particularly the need to evacuate Ukrainians still at Azovstal.

“Thank you Kalush Orchestra for your support! Glory to Ukraine!” read a message on the messaging app Telegram posted by those still stuck at the steelwork.

Since the Eurovision Song Contest rules prohibit any political references during performances, some hinted at the risk of disqualification for Kalush Orchestra after Psjuk’s comments.

Contacted by EURACTIV while the show was still ongoing, Eurovision organiser sources said that Kalush Orchestra’s comments at the end of their performance would be “considered to be of a humanitarian rather than political nature in this case.”

⚠️Kalush Orchestra's comments at the end of their performance "would be considered to be of a humanitarian nature rather than political in this case," a #Eurovision source just told @EURACTIV. Contest rules prohibit any political reference during the performance.

Asked if he feared being excluded from the competition, Psjuk told journalists: “If the price would have been being disqualified, I would have paid that price.”

In a tweet, European Council President Charles Michel wished that next year’s Eurovision can be hosted in Kyiv, in a free and united Ukraine.

However, it remains very challenging for Ukraine to host next year’s Eurovision Song Contest in their national territory both because of the expected costs and the need to ensure the safety of contestants and the working crew.

Since 1958, the winning country did not host the competition the following year only six times. The last time this happened was in 1980 when the Eurovision was held in The Hague, Netherlands, after Israel won the year before but declined to host the event for the second successive year.

Before this year’s final, the Eurovision organiser, the European Broadcasting Union (EBU) told NBC news they could not speculate on contingency plans for a Ukrainian win.

The EBU is also mulling over fully suspending the Russian broadcaster from the organisation, after they were banned from Eurovision this year. This would make it impossible for Russia to take part in the 2023 contest, which they would highly likely boycott anyway. 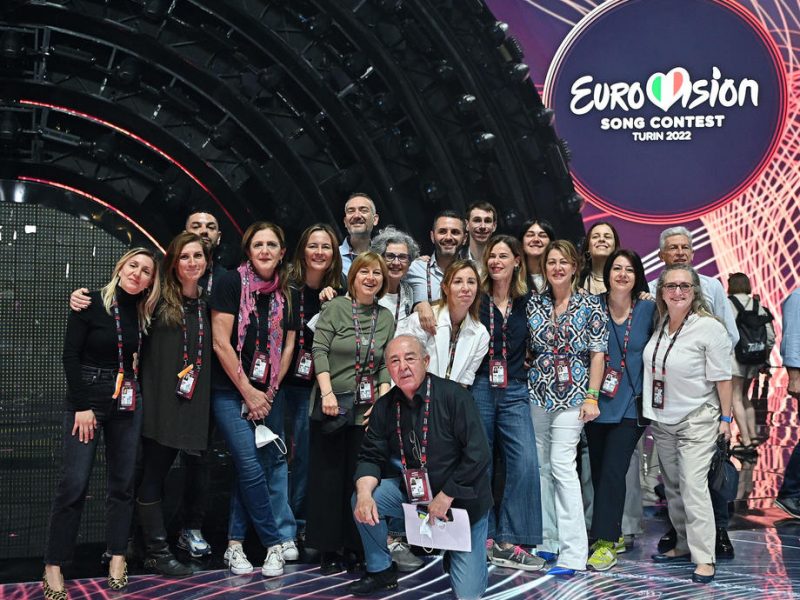 It is naive to think cultural institutions can be wholly separated from what is happening in the world and the invasion of Ukraine was so extraordinary that it required an exceptional reaction, the head of the European Broadcasting Union (EBU) …

Talks between Suspilne, Ukraine’s public broadcasting company, and the EBU will start a couple of weeks after the final, EURACTIV was informed.

In case it becomes evident that holding the contest in Ukraine is impossible, Suspline is still expected to organise the competition but in cooperation with another country’s broadcaster.

This year’s runner-up, the UK, is the most likely candidate to step in and help Ukraine in organising and hosting the contest, but informal offers also came from Spain.

It is the third time Ukraine has won the music competition, where it debuted only in 2003. After having won in 2016, they held the following Eurovision in the Kyiv International Exhibition Center.

This year, Ukraine received record support from the European public, getting 431 out of a maximum possible 468 points.

In a press conference, Kalush Orchestra’s Oleh Psjuk stressed that Ukraine’s culture is under attack. “We are here to prove that our culture is alive.” 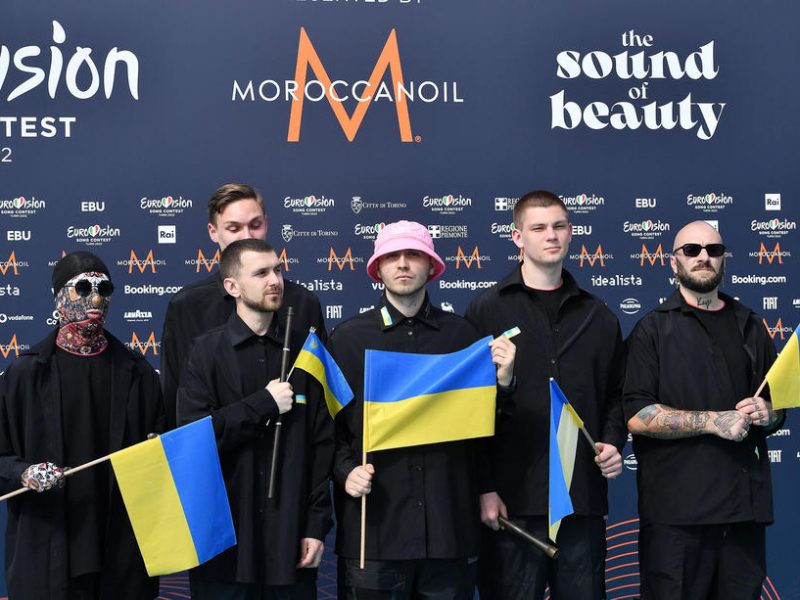 For Ukrainians, the Eurovision Song Contest (ESC) has always been deeply connected with political issues and claims. This year, the political contextualization became even sharper after the Russian invasion of the country.