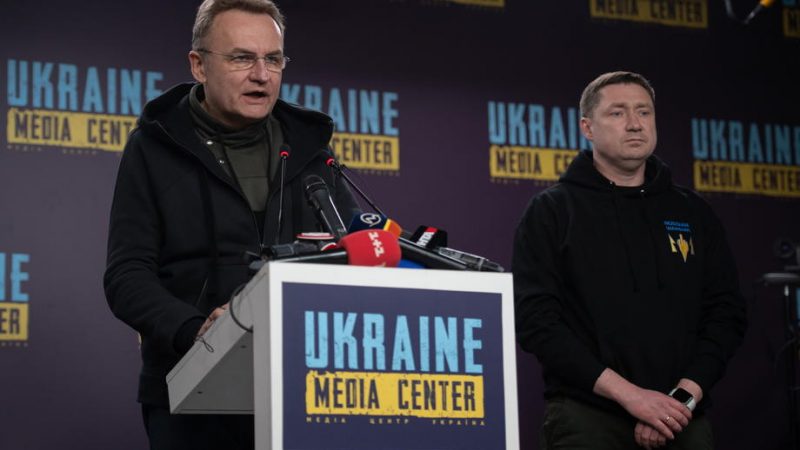 The Mayor of Lviv, Andriy Sadovyi, asked where money donated to NGOs has gone during an address to the working group on Ukraine of the European Committee of Regions (CoR) on Wednesday (30 March).

Since Russia invaded Ukraine, countless fundraising initiatives have been set up globally, all calling for donations to help those in need. Hundreds of millions of euros, if not more, have reportedly been raised, but Sadovyi suggested it had not reached its intended destination.

“All the money that you give to international aid organisations, we don’t know where this money is going,” said Sadovyi at the meeting bringing together local or regional leaders from EU member states.

With a pre-war population of over 720,000, Lviv has received more than 200,000 Ukrainians fleeing other cities. Sadovyi asked the CoR for an investment of €500 million on a credit line for 20 to 25 years to build permanent housing for displaced people.

He also raised concerns over the disorganised approach of some of those on the ground.

“We have seen a total crisis in terms of international organisations engaging and helping people,” Sadovyi said, encouraging aid from the EU instead of relying on NGOs.

Regional authorities, especially those in bordering countries, stressed the need for an organised relocation system for EU countries to take in refugees.

As more than four million Ukrainians have fled the country, social institutions in neighbouring countries such as Moldova, Poland and Slovakia are feeling the strain.

Rafał Trzaskowski, the mayor of Warsaw, said that aid money needs to be directed toward central governments, refugees, NGOs, and local authorities to alleviate pressure on those most affected by the crisis.

Sadovyi and Kyiv mayor and former professional boxer Vitali Klitschko emphasised that the fight for Ukraine is the fight for all of Europe and the shared values of freedom and democracy.

Klitschko asked for Ukrainian membership in the EU, saying they wanted to join the European community.

President of Ukraine Volodymyr Zelenskyy initiated the call on the EU to grant the country immediate membership, though EU leaders have rejected a fast-track approach.

in terms of the approach to Russia, both Ukrainian mayors called for the total isolation of Russia and urged European politicians to stop all commercial investments with the country. “Unity is key for our peace,” said Klitschko.

The CoR also launched the Info-Support Hub, which helps direct aid towards the cities and regions that need the most help with refugees, allowing these areas to communicate with the committee directly.

The ongoing efforts of the CoR and the EU reflect the understanding that this refugee crisis will not disappear anytime soon, and humanitarian aid needs to be sustainable.

There is a need for systemic solutions, said some regional authorities, instead of the piecemeal approach that has been taken thus far.