US ambassador: Putin would be the ‘winner’ of a Greece-Turkey escalation 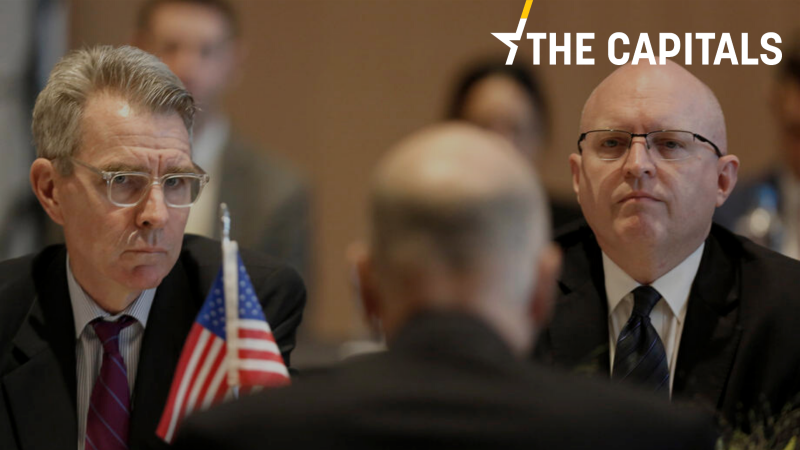 Before you start reading today’s edition of the Capitals, feel free to have a look at Alexandra Brzozowski’s “Defence and security win battle but not war, in EU budget plans“, as well  as how “Ships, planes could help EU pay for virus recovery“

Also, if you have been following the discussions regarding the Macron-Merkel EU recovery plan and the so-called “Frugal Four”, you’ll be interested in reading EURACTIV Germany’s Phillipp Grüll’s story by clicking here.

As we, at EURACTIV, firmly believe that our readers should not have to access content via a paywall, we are asking you to consider making a contribution and thank all of you who already have. If you are interested in supporting a news network that has been heavily impacted by the current crisis but that intends to continue delivering the news in a clear and unbiased way, all you need to do is follow this link.

Now that many European countries have started lifting lockdown measures and opening borders, make sure you stay up to date with EURACTIV’s comprehensive overview, which is regularly updated with the help of our network of offices and media partners. Also, check our country update pages, such as the one for Slovakia or Serbia.

Russian President Vladimir Putin would be the winner in the event Greece-Turkey relations escalated, US Ambassador in Athens Geoffrey R. Pyatt told Greece’s MEGA TV in an interview.

“If there were to be any sort of escalation, the only winner is our shared adversaries. The winner is Vladimir Putin,” the US diplomat said.

Referring to the recent border escalation of Greek-Turkish relations, Pyatt commented: “You can count on the US to be a strong NATO ally. We stand by our relations with Greece.”

Read more on what he said regarding the Turkey-Libya deal on maritime zones here.

Plans for expanded testing. Germany’s new plans to push towards increased testing of asymptomatic people will include the testing of school children and teachers, as well as people working in the food industry and hospitals, according to the country’s health ministry.

“People without symptoms can also transmit the Sars-CoV2 virus. Therefore it makes sense to test as much as possible of the entire close environment when infections are detected,” Health Minister Jens Spahn (CDU) was quoted as saying in a ministry press release.

More on how Germany is containing the pandemic can be found here.

No more hydroxychloroquine for COVID-19 patients. The French government has removed the exemption that allowed hydroxychloroquine to be prescribed to patients with COVID-19, following recommendations from the High Council of Public Health (HCSP).  “This molecule should not be prescribed for patients with COVID-19,” Health ministry Olivier Veran said.

This decision also follows the publication of a study in the medical journal The Lancet pointing to the drug’s ineffectiveness and associated risks for patients with coronavirus., which had already prompted the WHO to suspend clinical trials of the drug in some countries.

If you are interested in the French government’s handling of the COVID-19 situation in France, make sure you read EURACTIV’s country update. (EURACTIV.FR)

Cyprus to block Belgian travellers. From 20 June, Cyprus is set to welcome tourists and travellers from 19 countries, which will not have to go into quarantine upon arrival. One of the exceptions is Belgium. Alexandra Brzozowski has more details.

COVID-numbers decreasing further. With Austria having only registered 718 patients who still have COVID-19 as of Wednesday evening (27 May), of which 116 are being treated in hospitals and 32 are in intensive care, Austria continues to lift its lockdown measures.  Starting Friday (29 May), weddings and funerals with up to 100 persons will be allowed again.

A minute’s silence for COVID-19 victims. Spain held a minute’s silence on Wednesday (27 May) to pay tribute to the more than 27,000 people who have died from Covid-19 in the country as it begins a 10-day period of mourning. At midday, politicians, the royal family, hospital staff, police officers, civil servants and citizens across the country paused to remember those lost in what has been one of Europe’s worst coronavirus outbreaks, EURACTIV’s partner EFE reported. (EFE-EPA)

Controversy travel between Italian regions. While current travel restrictions are set to be lifted as of 3 June, the question of whether the borders of the most affected regions, such as Lombardy, Piedmont and Emilia-Romagna, should remain closed remains under discussion. EURACTIV Italy’s Alessandro Follis looks into how this has created confusion for people needing to travel to Italy.

You can also read up about the coronavirus situation in Italy, here.

TAP changes route recovery plan. Portuguese flag carrier TAP said on Wednesday (27 May) that it would adjust the route recovery plan it had announced on Monday (25 May), after the company was criticised by several national authorities, including the government. The airline said it “is committed and will immediately collaborate with all economic agents, namely business associations and regional tourism entities”.

This announcement came after Prime Minister António Costa said on Wednesday (27 May) that TAP’s executive board has a legal duty of “prudent management”, adding that the flag carrier’s recently unveiled route plan to resume a significant portion of its regular flights from June “has no credibility” because the government hadn’t yet unveiled its strategy to reopen the country’s borders. Lusa.pt’s Alexandra Noronha has the story.

You can also read up on how TAP’s request for government bailout panned out here.

Short recession is key. Pushing through measures that will shorten the recession in the EU to the minimum length is very important for Czechia, according to economists participating in the analysis that was published yesterday by a new project called “Czech Interests in the EU”.

It is in Czechia’s interests that the EU creates massive investments and secures solidarity among countries, interviewed economists said. These should focus on the restart of important production in Europe, digitisation enabling remote work and preparations for long-lasting crises connected with drought and climate change, they added. (Ondřej Plevák | EURACTIV.cz)

Ending state of emergency is simple trickery. After the Hungarian government submitted two draft bills to bring about the end of the state of danger and terminate the controversial government powers, on Wednesday (27 May) civil society organisations said the transitional rules “will enable the government to rule by decree for another indefinite time period, this time without the minimum constitutional guarantees.” Read more

To stay up-to-date with Bulgaria’s handling of the crisis, check here.

A wage deal has been reached. Croatian Labour and Pension Minister Josip Aladrović (HDZ, EPP) announced that the government has finally reached an agreement with public sector unions on the annexe to the basic collective agreement and on holiday allowances. The government did not want to cut salaries of public sector workers but has asked unions to temporarily postpone an already agreed salary base increase due to the coronavirus crisis. Read more.

Slovenian, Hungarian FMs to discuss borders. Slovenia’s Foreign Minister Anže Logar will meet on Thursday with his Hungarian counterpart Peter Szijjarto to discuss measures related to the opening of the Slovenian-Hungarian border and cooperation related to the coronavirus pandemic. A government spokesman said he expects a bilatearal agreement to reopen borders “very soon”. (Zoran Radosavljevic | EURACTIV.com)

More about Serbia’s general approach during the pandemic can be found here.

In other news, Serbian Foreign Minister Ivica Dacic said on Wednesday (27 May) that there are currently no official assessments indicating whether Montenegro is safe for the people coming from Serbia, but that Belgrade will make such an evaluation.

“Security assessments are being carried out and we will declare them based on the information provided by our security services,” Dacic told TV Prva. Referring to Montenegro’s decision not to open its borders to Serbia, Dacic added that Greece and Bulgaria, too, still fear the coronavirus pandemic but had still opened their borders to Serbian citizens. Read more.