The United States on Monday (18 November) stepped up its push for European countries to repatriate and put on trial their citizens who fought for the Islamic State, launching talks with officials in Brussels.

Days after the US and European allies clashed over the fate of thousands of jihadists jailed in Syria, the State Department’s counterterrorism coordinator Nathan Sales arrived in Brussels to press Washington’s argument that returning fighters to their home countries is the most effective way to deal with them.

Turkey started a programme to repatriate detained foreign fighters that has caused friction with its NATO allies since it launched an offensive in northern Syria. 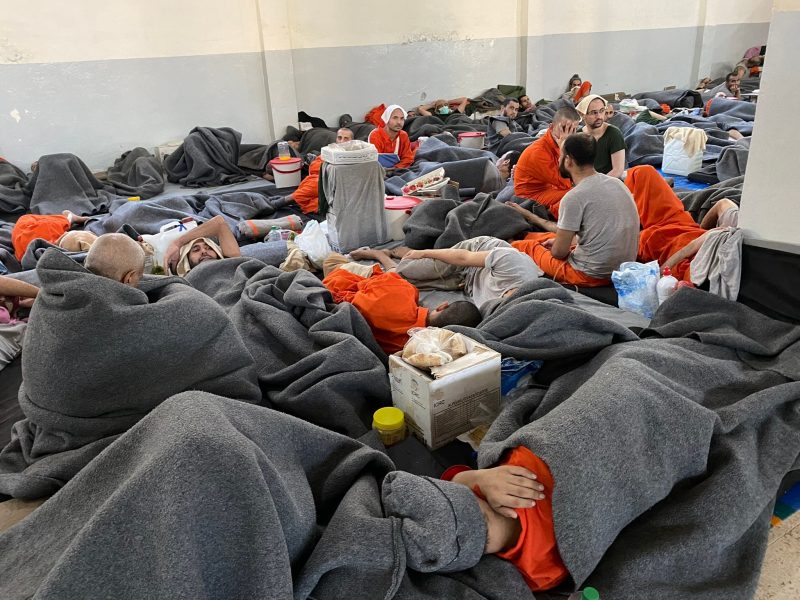 France has opened talks with Iraq about trying foreign nationals in its courts — a strategy the US says is “irresponsible”, arguing that it puts an unfair burden on Baghdad when Western countries have justice systems that can handle the cases.

“Countries have an obligation to take back their citizens and prosecute them for crimes they’ve committed. We think there should be a sense of urgency to repatriate now while we still can.” @StateDeptCT Ambassador Nathan Sales. @Coalition #FTFs https://t.co/mrTBxlKdK1

“Leaving them in the desert is not an effective solution. It makes it more likely they’re going to find their way back to the battlefield, and accepting that risk is not being tough on terrorism.

“Countries in the region have their hands full already and are doing the right thing by prosecuting or reintegrating their own citizens. We shouldn’t ask them to bear the additional burden of solving our citizens’ problems.”

The row over foreign fighters dominated a meeting of the international coalition against IS held in Washington last week, proposed by France, which has been particularly concerned by President Donald Trump’s decision last month to pull US troops from Syria.

European nations such as France and Britain have no desire to see the return of battle-hardened supporters of the ultra-violent IS group, which has claimed responsibility for a slew of grisly attacks against civilians.

Some European governments, including Britain, have revoked the citizenship of a number of citizens over alleged IS links, but Sales warned this strategy also entails major risks.

“We don’t think citizenship stripping is an effective counterterrorism tool,” he said.

“In the 1990s Saudi Arabia stripped Osama bin Laden of citizenship — that did nothing to prevent 9/11.”

There is no EU-wide policy on foreign fighters, with each of the 28 member states deciding for themselves how to handle the issue, balancing legal obligations towards its citizens against the danger posed by bringing hardcore IS militants back home.

Deadly attacks in Europe in the past few years claimed by IS — including those in Belgium, Britain, France and Germany in 2015 and 2017 that killed more than 290 people — have reinforced resistance to repatriation.