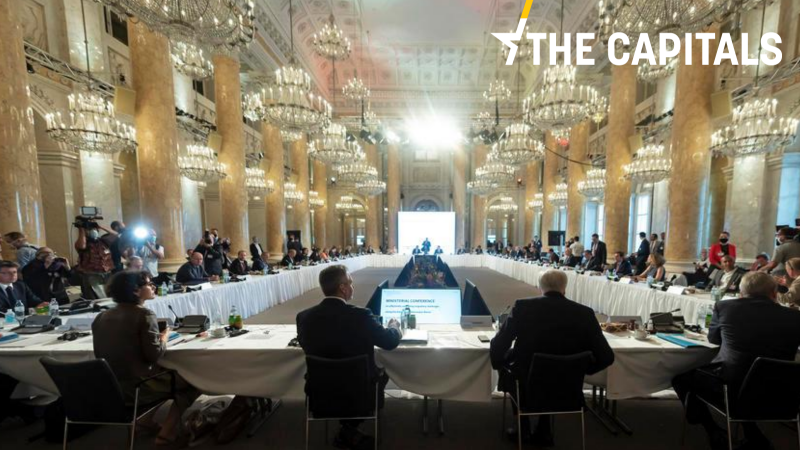 This will be the last edition of The Capitals Brief until 24 August. Our European network of newsrooms is taking a break as the news cycle slows down. In the past few months we have worked incredibly hard to provide you with relevant news from across Europe. Our readership tripled, we adapted to the new reality with virtual events and your support helps us to continue innovating – thank you! As we get ready for the autumn, we hope you also have a chance to unplug this summer.

Parliament insists on revisiting budget cuts, despite charm offensive. The presidents of the European Council and Commission Charles Michel and Ursula von der Leyen mounted a charm offensive on Thursday (23 July) to gain the European Parliament‘s support for the recovery plan agreed earlier this week by the EU27 but lawmakers are insisting on renegotiating the planned cuts to the EU’s next seven year budget. Read the story here.

Vienna to host new European “coordination platform” for migration policy. After two days of talks, Austrian Interior Minister Karl Nehammer (ÖVP) announced on Thursday (23 July) that a new coordination platform to tackle irregular migration would be established. The ministerial meeting had been organized by Austria with participants from 20 countries to discuss combating irregular migration along the Eastern Mediterranean and Western Balkan route. More details here.

€6.5 billion for young people. The French government has presented its youth plan and has pledged to support the country’s 700-800,000 young people who will be entering the job market “in a complicated autumn”, according to Prime Minister Jean Castex.

Tighter measures in fear of possible second wave. With the daily rate of COVID-19 infections on the rise, Belgium’s National Security Council (CNS) decided on Thursday (23 July) to extend the obligations to wear masks and fill in a travel form for returning from vacation, and to postpone phase 5 of deconfinement.

The roll-back comes after a significant rise in cases over the past week (13 to 19 July), with the estimated daily rate up at an average of 193 cases, an increase of 91% compared to the previous period (6-12 July). Read the full story by EURACTIV’s Alexandra Brzozowski.

€600 million for military aircraft. The Chamber of Deputies has adopted a draft law which increases the budget for the army. Rather than rely on €172 million as originally planned, Luxembourg will pay €598 million for the purchase of eight multi-purpose tankers and transport aircraft as part of NATO commitments with several countries.

“It is clear that NATO must be made more capable of acting,” deputy Gusty Graas has said, underlining the benefits of the defence alliance for small countries like Luxembourg. “For this reason,” he said, one should not behave like a “parasite”, but rather make one’s contribution”.

Sweden’s night train to Brussels to debut in 2022. The Swedish government announced on Thursday (23 July) night train routes that will link the cities of Stockholm and Malmö with Hamburg and Brussels, in the latest indication that sleeper services are on the cusp of a renaissance in Europe. EURACTIV’s Sam Morgan has the full story.

EU-UK trade pact ‘unlikely’ this year, warns Barnier. A trade agreement between the EU and the UK is increasingly unlikely to be reached this year, EU chief negotiator Michel Barnier warned on Thursday (23 July) following the last round of formal negotiations before a three-week summer break. EURACTIV’s Benjamin Fox has the full story.

Italian COVID app ‘Immuni’ lacks sufficient users to be effective. Italy’s official coronavirus app known as ‘Immuni’ has been downloaded about 4.3 million times, a number which reflects just 12% of people between 24 and 75 with access to a smartphone, Italy’s Innovation Minister Paola Pisano told the Senate during a presentation outlining the use of the app. EURACTIV Italy’s Alessandro Follis looks into reactions.

Macron seeks EU sanctions over Turkish ‘violations’ in Greek waters. French President Emmanuel Macron on Thursday (23 July) demanded EU sanctions against Turkey for “violations” of Greek and Cypriot waters and said the European Union should act over the crisis in Libya.

Macron’s comments came after Turkey’s navy on Tuesday issued an advisory for seismic surveys in an area of sea between Cyprus and Crete, a move Greece said was an attempt by Ankara to encroach on its continental shelf. Read more here.

Polish opposition seeks re-run of presidential election. Poland’s biggest opposition party, the centrist Civic Platform (PO), said on Thursday (23 July) it had petitioned the Supreme Court to declare the recent presidential election unfair to trigger an annulment and re-run. The opposition believes the government broke the rules by using excessive campaign participation from the state administration and public broadcaster TVP. More on this here.

New measures as number of daily cases increases. As of Saturday (25 July), people across the Czech Republic will have to wear face masks at indoor events with more than 100 participants and indoor events with more than 500 attendees will not be allowed at all, Health Minister Adam Vojtěch announced on Thursday (23 July). The new measures primarily affect concerts and other social events, not shops and public transport.

“We are in a situation when there is a gradual increase of COVID-19 cases in Czechia. The increases are relatively high,” said Vojtěch, adding that the increase in coronavirus cases is not uniform across the country as the outbreaks remain local.

Minimum wage increase. With Slovakia’s social affairs ministry proposing to raise the minimum wage to €620 per month, the country may soon have the world’s second-highest minimum wage compared to its average income, according to the Institute of Economic and Social Studies, an independent think tank.

While businesses insist on its immediate freezing, arguing that the minimum wage is growing faster than average wage growth and labour productivity, trade unions have suggested the minimum wage should be increased to €656, a sum supported by today´s law.

Index journalists resign as fallout from editor’s firing unfolds. The editorial staff at Index unanimously asked to reinstate editor-in-chief Szabolcs Dull after he was sacked on Wednesday (22 July) raising fears of deteriorating press freedom in the country. EURACTIV’s Vlagyiszlav Makszimov has more.

Plenković’s new programme. Croatian PM-designate Andrej Plenković (HDZ, EPP) has presented the programme of his new government during the next parliament session. Opposition parties had briefly united against the ruling group, calling them ‘arrogant’ and ‘irresponsible’ for submitting the programme only half an hour before the vote, which  led most parliamentary groups to request a break. EURACTIV Croatia’s Tea Trubić Macan takes a closer look.

Government allows shops to work on Sundays, again. The government has adopted an amended decree on restrictions on sale of goods and services which lifted the ban on shop openings on Sundays and holidays, introduced in March as part of anti-coronavirus measures.

“This will once again allow retailers to set operating hours in accordance with their business decisions and taking into account the needs of consumers,” a government statement said. The decree, which enters into force today (24 July), will still prohibit the operation of discos and nightclubs. (Zoran Radosavljević | EURACTIV.com)

Fixing the government. In a bid to try and put an end to the protests demanding the resignation of Bulgarian Prime Minister Boyko Borissov among others, the PM replaced five of his ministers. Finance Minister Vladislav Goranov, who was praised for Bulgaria’s entry into the eurozone’s waiting room, and Economy Minister Emil Karanikolov, both resigned, along with Interior Minister Mladen Marinov and Tourism Minister Nikolina Angelkova.

Current Health Minister Kiril Ananiev will take the Finance portfolio while Prof. Kostadin Angelov, the director of one of the largest hospitals in the capital Sofia, becomes Minister of Health. However, despite the changes in the government, the protests continue. (Krassen Nikolov | EURACTIV.bg)

Increased migration. More than 8,500 migrants were stopped this year while attempting to cross Serbia’s border illegally, while there are around 4,350 migrants currently in reception centres, Serbian Interior Minister Nebojsa Stefanovic said. EURACTIV Serbia has more details.