Virologist: A compulsory vaccine is the worst thing 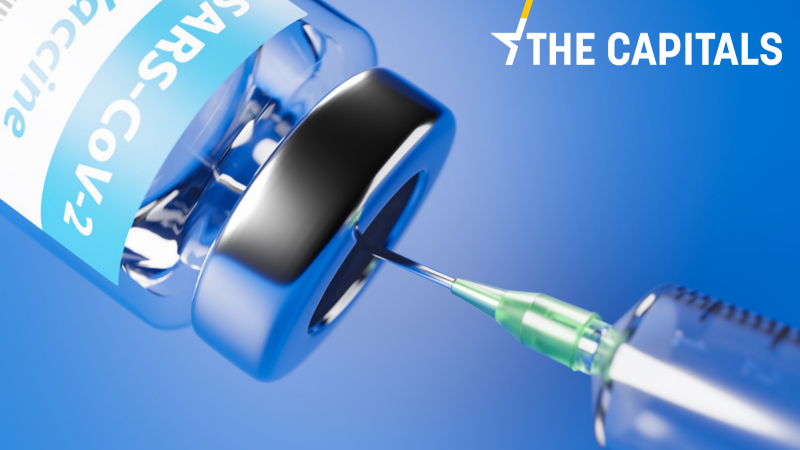 According to figures from Belgium's public health institute Sciensano, 50% of people surveyed would certainly get vaccinated, 17% would not, and 33% are in doubt. [Shutterstock/Andreas Prott]

Before you start reading today’s edition of the Capitals, feel free to have a look at the article Turkey frets as industry applauds deal to access EU military projects, written by Alexandra Brzozowski.

EU institutions strike deal on bloc’s long-term budget. The European Parliament and Council reached a final deal on the EU’s next seven-year budget, worth €1.0743 trillion, on Tuesday, agreeing to add an additional €16 billion, mostly for health and education, and introduce a roadmap for new European levies and biodiversity targets. Read the full story here.

Biden-summit soon? EU Council President Charles Michel is set to invite US President-elect Joe Biden to participate in a video summit with EU leaders, potentially even before the 20 January inauguration, a senior EU official told reporters on Tuesday. Michel will then follow up with another invitation to attend a formal summit in Brussels, the official added. (Alexandra Brzozowski, EURACTIV.com)

“The worst thing you can do is make the vaccine compulsory,” virologist Marc Van Ranst told VRT Niews. “That’s fuel to the anti-vaccine movement, as it’s what they’ve been warning about for years. It would send a very bad signal,” he added.

According to figures from Belgium’s public health institute Sciensano, 50% of people surveyed would certainly get vaccinated, 17% would not, and 33% are in doubt.

“The 17% who will not be vaccinated is not a problem”, he explained. “But you will have to convince the other 33%. And from the past, you learn that you will eventually persuade those people. That will work.”

The issue of whether vaccination for COVID-19 should be mandatory or voluntary in order to achieve the highest possible vaccination rates has taken centre stage lately. Read more.

France pushes for European response to terrorism threat. Several key EU leaders, including France, Germany and Austria, promised at a mini-summit on Tuesday to renew efforts to fight Islamist terrorism, calling for a reform of the Schengen area and measures against foreign fighters. Read more.

German health minister pressures EU for vaccine agreement. German Health Minister Jens Spahn (CDU) is ramping up pressure on the EU to reach an agreement with pharmaceutical companies following the announcement that the Pfizer-Biontech vaccine is 90% effective, saying such a contract should come “in the next few days”. Read more.

Finland to also start testing its fur farms. Finnish health authorities will start testing a number of fur farms across the country for coronavirus, as the country wants to avoid a similar situation to the Netherlands and Denmark, where millions of minks had to be culled after a mutation of the coronavirus found in the animals spread to humans. Read more.

Britain’s biggest holiday company Tui has cancelled all the holidays planned for November and December to Lapland “due to the continued uncertainty surrounding travel and the unprecedented impact of COVID19,” disrupting plans of families and children to see Santa Claus, the Independent reports. In normal winters, hundreds of charter flights operate from the UK to Finnish Lapland as holidaymakers pay £500 on average per person for a one-day trip. (Daniel Eck | EURACTIV.com)

Ireland to ease quarantine from COVID-19 hot spots. Ireland will ease travel curbs for arrivals from “red” regions of Britain and the EU regions hardest hit by COVID-19 from November 29 by cutting their quarantine period to five days from 14 currently if they test negatively for the virus. Read more.

Italy to get 40 million Pfizer vaccines, Spain just 20 million. Italy will receive 40 million doses of the COVID-19 vaccine developed by Pfizer-BioNTech, of which the EU has ordered 300 million doses.

Meanwhile, Spain hopes to receive 20 million doses from US pharmaceutical giant to immunise up to 10 million people “for free” by December or early 2021, Spanish Minister of Health Salvador Illa stressed on Tuesday, EFE reported. Read more.

Cagliari Prosecutor launches investigation for region’s handling of the pandemic. The Public Prosecutor Office of Cagliari, Sardinia, has opened an investigation into the handling of the pandemic situation over the summer when discos were allowed to reopen due to low infection figures. However, as this led to the emergence of new outbreaks in the region that then spread across the country, magistrates are eager to find out whether the region had allowed night clubs to reopen despite being aware of possible risks. (Alessandro Follis | EURACTIV.it)

Greece hopes for a US shift toward Erdogan, not Turkey. The election of Joe Biden in the US has revived hopes in Athens that the new US administration will not show the tolerance of Donald Trump toward Turkey’s behaviour in the Eastern Mediterranean and the wider region.

Trump and his Turkish counterpart Recep Tayyip Erdoğan used to have close personal ties, which is not the case for Biden. More.

Women’s Strike to be online, won’t clash with national Independence March. As Poland celebrates Independence Day on Wednesday, far-right groups such as All-Polish Youth (Młodzież Wszechpolska), the National Radical Camp (Obóz Narodowo-Radykalny), and many hooligans who in the past have often carried flares and knuckle-dusters to cause riots, will not clash with the Women’s Strike panned counterdemonstration as this will take place online. Read more.

Chinese and Russian intelligence among most active in Czech Republic. “Russia aims for the destabilisation and breakup of its enemies, whereas China aims to create a Sinocentric global community, where all the other nations approve the legitimacy of Chinese interests and respect,” the Czech Security Information Service said in its annual report. Read more.

Slovak PM wants to prolong the state of emergency. Prime Minister Igor Matovič wants to prolong the state of emergency in Slovakia for another 90 days to ensure people are prohibited from going out at night. While experts question whether this would be in line with the constitution, junior coalition partner Freedom and Solidarity Party (SaS) is ready to compromise on a shorter period of 30 days. (Zuzana Gabrižová | EURACTIV.sk)

Battle of the markets. The food markets are the latest battleground of Romanian politicians, which are now vying for votes for the upcoming general elections. The government decided to stop the activity of markets organized in closed spaces, as one of the measures to restrict the spread of the coronavirus. However, the Parliament decided against that measure. More.

Balkan leaders sign common market declaration. Leaders from Albania, Bosnia and Herzegovina, Kosovo, Montenegro, North Macedonia and Serbia adopted a plan on Tuesday for a regional common economic market during an online summit held in Sofia, as part of the Berlin Process for the Western Balkans. Read more.

His party, the Movement for Changes, is part of the International Democrat Union (IDU), an international alliance of centre-right, right and conservative parties. (Željko Trkanjec | EURACTIV.hr)