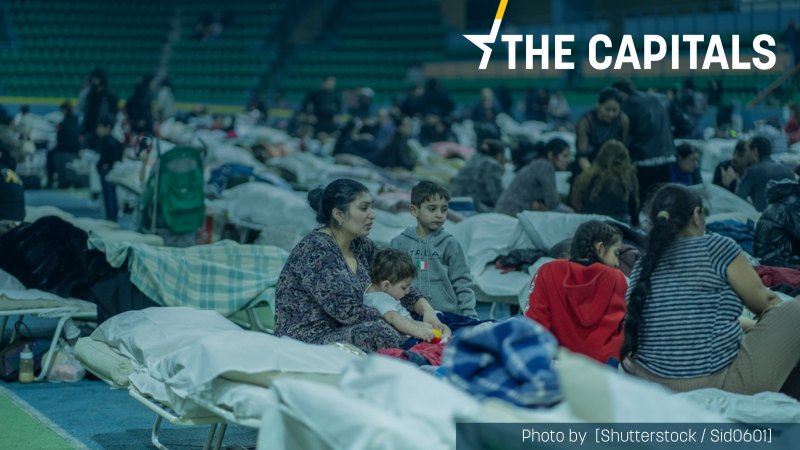 Meanwhile, counterarguments appearing in Hungarian language media suggest that their passport country, Hungary, is expected to provide them with the same safety net as other citizens. Yet, according to RFE sources, the Hungarian government is not doing so, information also confirmed by Roma activists previously to EURACTIV. [Shutterstock/Sid0601]

Many Roma Ukrainian refugees with dual Hungarian citizenship have been shuttling between Visegrád capitals as governments refuse to provide these families with the same aid as other Ukrainians with a single passport. Read more.

EU Parliament joins media freedom problematic club. In a surprising move, the European Parliament deleted a post from its website and social media referring to a recent report by Reporters without Borders (RSF) indicating that Greece is the worst EU country regarding media freedom. Contacted by EURACTIV, the EU Parliament’s response was even more problematic. Read more.

EU tables €300bn plan to ditch Russian fossil fuels, speed up green transition. The European Commission submitted on Wednesday (18 May) a €300 billion plan to eliminate Russian energy imports by 2027, although it admitted this would require short-term investments in new fossil fuel infrastructure to replace imports of Russian oil and gas. Read more.

EU Parliament demands sanctions against Schröder over Russia ties. The European Parliament is increasing its pressure on former German chancellor Gerhard Schröder, stating that he must face sanctions if he refuses to resign from his posts in Russian companies, according to a draft motion seen by EURACTIV. Read the full story here

Russia expels Italian, Spanish, French diplomats in ‘retaliation’. Russia expelled 85 embassy staff from Spain, Italy and France on Wednesday in a tit-for-tat response to the expulsion of Russian representatives over the invasion of Ukraine. Read more.

Swedish court sentences Belgian, UK nationals for breaking into military base. The Södertörn District Court sentenced a man from Belgium and the UK who broke into Muskö military base in 2018 for the unauthorised handling of classified information, broadcaster SVT reported on Wednesday. Read more.

Export of Lithuanian goods sees huge surge. The export of Lithuanian-origin goods grew by over 30% in the first quarter of 2022, totalling more than €6 billion in revenue from January to March 2022, Lithuania’s department of statistics reported. Read more.

Orbán’s new ministers chart EU policy focused on funds. The new ministers assuming office in the reelected Hungarian prime minister’s cabinet are set to focus on EU funds in their relationship with Brussels while attempting to course-correct the bloc’s values. Read more.

Unexpected obstacle blocks formation of Slovenia’s new government. The party of Slovenia’s outgoing Prime Minister Janez Janša has thrown sand in the works of the emerging left-liberal government by initiating a referendum that will postpone a wholesale reform of cabinet departments sought by Robert Golob, the presumptive new prime minister. Read more.

Bulgaria adopts large-scale measures to tackle record inflation. Increasing pensions by nearly 20%, significantly upping tax rebates for families with children and implementing huge fuel rebates affecting the purchase of petrol and diesel are all part of the measures the Bulgarian government announced Wednesday to weather record inflation rates due to the war in Ukraine. Read more.

Bosnian entity to approve subsidies for electric, hybrid cars. The government of one of Bosnia and Herzegovina’s (BiH) two autonomous entities is expected to approve on Thursday a plan of subsidies for citizens who want to buy electric or hybrid cars, the news website klix.ba reported on Wednesday. Read more.