Looking visibly more comfortable in Davos than she usually seems in Brussels, she presented three key priorities of most interest to business leaders: the European Green Deal, the digital market agenda and the geopolitical aspirations of her cabinet.

The “European Green Deal is our new growth strategy,” she said.

The World Economic Forum is a second home to the former German defence minister, who had been a member of the board until recently and has a close relationship with its founder, Klaus Schwab.

“Europe will be the world’s first climate-neutral continent by 2050. And it will do what it takes to unlock the investment, innovation and the creativity that is needed,” von der Leyen told the audience, adding that the recently launched Just Transition Mechanism “will create a green investment wave.”

However, she described climate change as “a global challenge” that requires a global response. “Most of us agree that we need to act. We feel the urgency.” Europe, she added, “has the first-mover advantage” and will seize it.

The European Commission has the establishment of a Carbon Border Adjustment Mechanism on its agenda but “I prefer to encourage our trading partners to work with us for a global level playing field”, she said.

“If this turns into a global trend, we will have a global level playing field – where no carbon border tax will be necessary,” she added.

Developing the EU’s digital market was another key message von der Leyen wanted to send in Davos. The Commission boss presented her plan to co-create a “pool of non-personal data that governments, businesses and other stakeholders can contribute to,” and a platform for scientists to share information as well.

But von der Leyen was quick to clarify that protecting personal data was also high on her list. “With the General Data Protection Regulation, we set the pattern for the world. And we have to set a similar frame for artificial intelligence, too,” the Commission president explained.

This would “allow digital businesses to grow in Europe” and would inform companies that want to do trade within the Union.

Von der Leyen has faced strong criticism for failing to respond rapidly to the US-Iran dispute, the first major international crisis her “geopolitical Commission” has faced.

Europe needs to be “more assertive in the world,” she noted, but stressed that it was through investing in the long-term stability to prevent crises that “Europe can make a real difference.”

“Europeans know well because we have gone through this,” she said.

In a strong defence of multilateralism, von der Leyen said there is a need for better and fairer cooperation to meet the challenges of a rapidly changing world. 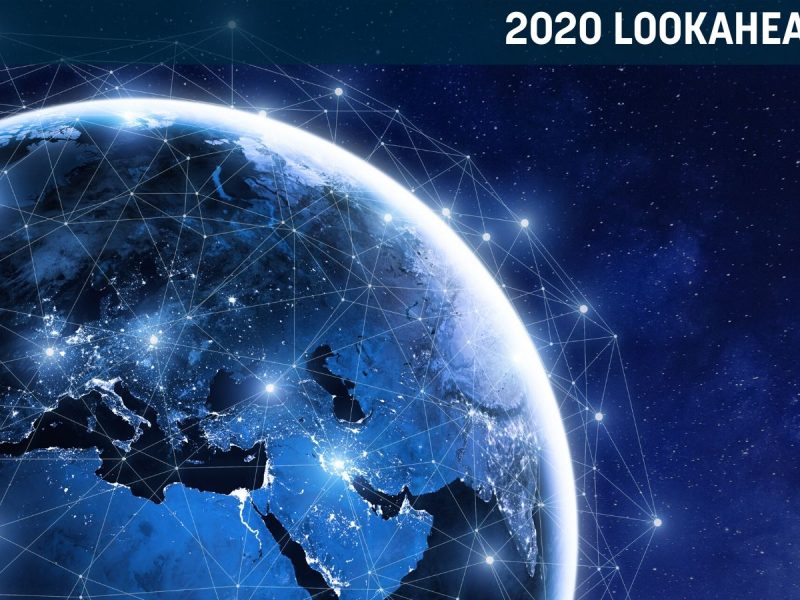 'Geopolitical' Europe could struggle to take shape in troublesome 2020

Von der Leyen also played down the prospects of Brexit consuming the Commission’s agenda in 2020.

“Things are very well set for the negotiation and we will work day and night to get that done,” she told the audience. Von der Leyen expects to start negotiations on post-Brexit relations in February, although the EU27 have not tabled a mandate yet.

However, the Commission president stressed, as she has done before, there there is a difference between being a member of the bloc and a third country when it comes to access to the single market.

“The closer the UK is to the EU, the better the access to the single market,” she explained.

“Either you align and you accept the rules, or you are more distant. This is the UK’s choice,” she said, adding that the more Britain diverts from EU standards, the more difficult the movement of goods, services and people between the two would be.

Asked to reassure businesses that might be affected by Brexit, von der Leyen highlighted over forty years of friendship between London and Brussels. “We are friends, we share common values and common interests. If you look at the rest of the globe, well, we are sitting on the same side of the table,” she said.