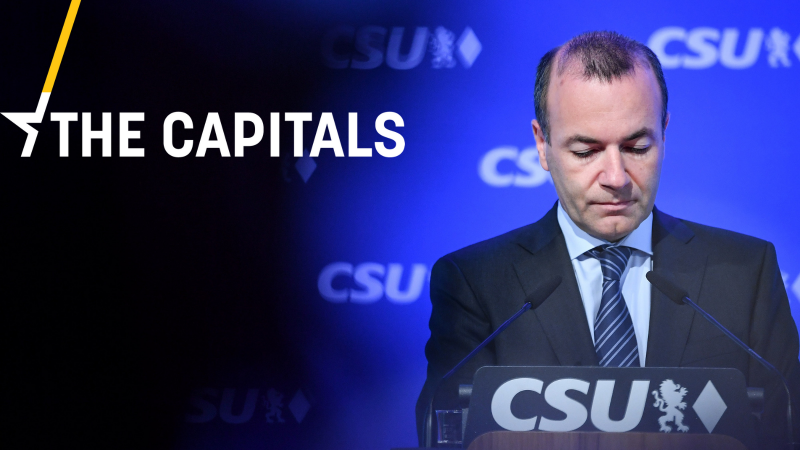 Despite the setback at the EU summit, EPP’s parliamentary group leader and candidate for the European Commission presidency Manfred Weber is not giving up.

In an interview with German paper Die Welt am Sonntag (23 June) he said he was seeking the support of the EU Parliament and warned against the return of “back room diplomacy”.

“Now is it up to the MEPs”, he said, backing the Spitzenkandidat procedure, saying it contributes to the “urgently needed democratisation of the EU”.

He hopes that MEPs, including German social-democrats and liberals, will commit themselves to strengthening the European Parliament’s prerogative. “It would be tragic if they put the interest of some capitals above the voters’”.

However, before the EU summit last week, the heads of the Socialist faction along with the centrist Renew Europe told Weber that there is no majority to support him for the position of president of the Commission, sources told EURACTIV.com.

Weber’s position has been heavily criticised by French President Macron’s La République En Marche. MP Anglade, who is also responsible for EU affairs in the party, said “Let’s remind them the facts. The EPP has destroyed the transnational lists plan because they were afraid to lose ground to progressives”.

“Those lists would have reinforced parliamentary democracy as the citizens could have voted directly for their leaders.” he tweeted.

At a press conference last Friday, Macron said letting the heads of state nominate the European commission president was also democratic, as the treaty was part of the democratic rules. The nomination crisis shows the political gap between the two countries.

“Unfortunately, the need to take Mr Weber off the table negatively affected other candidates, such as Frans Timmermans and Margrethe Vestager, who enjoyed wider support in the EU Council,” Tsipras said.

Asked if he would support a more moderate EPP candidate, such as Michel Barnier, Tsipras said he’d back whoever is not “obsessed” with austerity and has never offended the people of southern Europe.

Enough instruments. Rutte said after last week’s EU summit that he “will never support” new budgetary instruments meant to stabilise the eurozone against sudden economic shocks. In an exclusive interview, he told EURACTIV that there are enough instruments already and that he cannot understand why Spain wants more.

Waiting for a plan. The Dutch government was ordered by a court last year to significantly upgrade its 2020 climate target. Environmental groups are still waiting for PM Mark Rutte’s administration to reveal how it intends to achieve emission cuts of 25% in 18 months time. The original target was 17%. In lieu of a strategy, the green group that won the court case against the government intends to submit today its own 40-point-plan. (Sam Morgan, EURACTIV.com)

Johnson’s lead slashed. Boris Johnson’s lead in the race for Number 10 was slashed over the weekend, as his 27-point advantage was more than halved to 11, in a poll amongst Conservative members.

The drop has widely been attributed to the fact that Johnson found himself at the centre of a controversy on Saturday, following reports of a domestic row between the former foreign secretary and his current girlfriend, Carrie Symonds, in which police were alerted to an incident at Symond’s residence.

Johnson refused to address the reports at a hustings on Saturday, but a statement from London Metropolitan police read that authorities “attended and spoke to all occupants of the address, who were all safe and well,” adding that “there were no offences or concerns apparent to the officers and there was no cause for police action.” (Samuel Stolton, EURACTIV.com)

Doctor suspended over vaccine fake news. A Spanish doctor has been barred from practicing for a year for spreading “unsupported claims, against scientific evidence, on the origin and cause of the autism spectrum disorder,” according to EL PAÍS.

Lega’s U-turn. According to Giancarlo Giorgetti, a veteran member of right-wing Lega and Deputy PM Matteo Salvini’s right-hand man, issuing mini-BOTs to pay Italy’s debt is “not a plausible tool”. Giorgetti reportedly has a good chance of becoming the next Italian Commissioner.

The controversial proposal is seen as a first step in potentially exiting the Eurozone, as the “mini” treasury bond could circulate as a parallel currency. Five Star Movement expressed its “surprise” for Giorgetti’s U-turn, considering that a week ago Salvini fully backed such an idea. (Gerardo Fortuna, EURACTIV.com)

Energy deal with ΕxxonΜobil. Greece will sign a deal this week with energy giant ΕxxonΜobil for gas and oil research and exploitation south and west of Crete, Greek PM Alexis Tsipras has said. The move comes in light of increased tension with Ankara over Nicosia’s gas drillings in the Eastern Mediterranean. Read more: EU ‘in full solidarity’ with Cyprus over Turkey drilling (Sarantis Michalopoulos, EURACTIV.com)

New polls. Two weeks before the crucial national elections on 7 July, new opinion polls show that conservative New Democracy (ND-EPP) scores 34.8-38%, followed by ruling leftist Syriza party with 22.4-28%. Socialist KINAL (S&D) comes third with 6-8%, while the communists and four other parties struggle to pass the 3% threshold, which will determine whether ND will manage to form a one-party government.

Cheap in Poland. According to Eurostat data, in 2018, Poland was one of the cheapest countries in the EU. Compared to 2017, prices of basic products either minimally increased, or stalled. On average, food and beverages cost 69% of the EU average, while dairy products 71%. Among the cheapest in the EU are also medical services (35% of the EU average), housing (37%) and education (43%). (Łukasz Gadzała, EURACTIV.pl)

Around 300,000 people protest in Prague. The largest anti-government demonstration since the 1989 revolution took place in Prague on Sunday as Czechs called for PM Andrej Babiš and his new justice minister to resign. The demonstrators see populist billionaire Babiš as a threat to democracy, including the independence of the Czech Republic’s judiciary system. (Ondřej Plevák, EURACTIV.cz)

A surprisingly good presidency. Romania managed to close more than 90 files during its first EU Council presidency, the country’s president Klaus Iohannis has said. “Few had great expectations when Romania took over the presidency, many expected our performance to be mediocre, at best,” Iohannis added.

But Iohannis did not mention that he was the first to criticise the socialist government for its lack of preparation last November, just a few weeks before Romania took over the presidency on 1 January. (EURACTIV.ro)

Borissov is pushing for a reduction of the subsidy from 11 leva (€5.5) per valid vote obtained at the last parliamentary election to 1 lev (€0.5), and claimed that business could finance the political parties, like in the USA. The Bulgarian Socialist Party (BSP) strongly condemned the move and the leader of the party “Democratic Bulgaria” Radan Kanev said this would be “a return to the darkest times,” amounting to “legalisation of the political racket over business”.  (Georgi Gotev, EURACTIV.com) [More]

Pop singer wants to be president. Miroslav Škoro, a popular pop singer, has announced his candidacy for the country’s presidency, saying his first move would be to change the constitution and give more authority to the president, either through the parliament or via a referendum. He was an MEP from 2007 to 2011 with HDZ (EPP) and he opposes an EU federation. According to polls, Škoro can get around 15% in the first round.

China wants Brodarski institute.  Economy Minister Darko Horvat has said the biggest Chinese shipbuilding company has no serious intention to purchase or enter into a strategic partnership with the 3. Maj shipyard, which is on the edge of bankruptcy. But he said the China Shipbuilding Industry Corporation wanted to have joint projects with the Zagreb-based Brodarski Institute: an Institute of applied technical sciences in the fields of maritime and green technologies. (Željko Trkanjec, EURACTIV.hr)

Serbia off FATF list. On 21 June, Serbian President Aleksandar Vucic hailed the fact that Serbia has been taken off the list of countries with “systemic shortcomings” in fighting terrorism and money laundering by the Financial Action Task Force (FATF).

Form a government, start reforms!  Eight months after the general elections, Slovak FM Miroslav Lajčak, who chairs the Organisation for Security and Cooperation in Europe (OSCE), has called on political parties in BiH to set up a government and to step up reforms so as to pull the country out of the crisis. (Željko Trkanjec, Euractiv.hr)