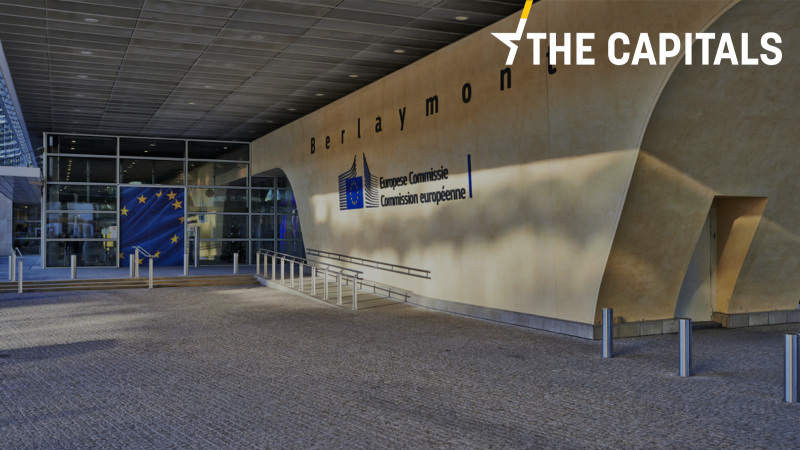 Centre-right German defence minister Ursula von der Leyen (VDL) faces a critical vote today in the European Parliament in Strasbourg. The so-called “progressive” EU lawmakers (factions within the socialists, leftists, greens) have said they will vote against her.

However, VDL made some concessions yesterday. Read the story of EURACTIV’s Jorge Valero here: Von der Leyen spells out concessions to groups ahead of crunch vote

Although the head of the new European Commission has not been decided yet, the discussion over who will be the next EU Commissioners has heated up in several member states.

In The Hague, Frans Timmermans remains the Netherlands de facto pick to represent it in the next Commission. Prime Minister Mark Rutte, who has not strictly-speaking formalised the appointment, acknowledged in recent weeks that some in his political family would rather he propose a candidate from their side of the aisle.

But he has insisted that socialist Timmermans remains the best fit for the job. Rutte also pointed out that when he voted in favour of the von der Leyen/ Michel/ Lagarde jobs package, the current First-Vice President was included as part of the deal. In von der Leyen’s letter to the liberal Renew Europe group yesterday, she confirmed that her Commission would include two “executive vice-presidents”, one of which is likely reserved for Timmermans and the other for competition chief Margrethe Vestager, although she did not mention them by name.

In Berlin, German Agriculture Minister Julia Klöckner (CDU) has joined the ranks of senior politicians criticising social democrat (SPD) MEPs for their intention not to vote in favour of VDL. She said the MEPs’ decision is “irritating” on a European level. Klöckner, however, didn’t respond to a question on the possible consequences on the CDU-SPD coalition in Berlin if the VDL’s candidacy falls.

Meanwhile, speculations about who will replace her as Germany’s defence minister are in full bloom. The Frankfurter Allgemeine Zeitung suggests Jens Spahn, currently health minister, and Peter Altmaier, currently economic minister, have good chances. Conservative MP and reserve officer Johann Wadephul, as well as state secretaries Peter Tauber and Thomas Silberhorn are also in the running.

In Paris, the government is playing its cards close to its chest about who will be the Commissioner pick. Officially, no candidates have been announced but Pascal Canfin’s name has been linked to the climate action portfolio. Minister of Economy Bruno Le Maire has never hidden his desire to take over the economic affairs or agriculture portfolio too. But with Christine Lagarde at the helm of the European Central Bank, it seems unlikely.

EURACTIV France reports that French “discretion” on the issue is also related to the doubt over the election of von der Leyen. In the event of failure, France will reserve the right to influence future job equations.

In Rome, Lega’s number two Giancarlo Giorgetti is still the strongest candidate to become Italy’s Commissioner. “Giorgetti is one of our best figure, but not the only one we have,” said Matteo Salvini, adding that Italian PM Giuseppe Conte has the last word.

Salvini insists that he wants an economic portfolio. However, it is highly unlikely Lega will get trade, considering the party’s position against free trade deals like CETA and TTIP. Considering that the competition portfolio is destined to go elsewhere, Italy is left with few choices: either agriculture or industry.

A scenario in which MEPs repeatedly vote down a designated Commissioner coming from Lega cannot be ruled out.

In Athens, the next Greek Commissioner seems to be the personal choice of new PM Kyriakos Mitsotakis, who said last week “first comes the portfolio and then the right man for it”. According to EURACTIV Greece, the main candidate remains former PM Antonis Samaras, who is believed to be able to secure a high profile portfolio and a vice presidency. Mitsotakis hasn’t shown his cards yet, however, yesterday he met with Samaras.

EURACTIV.com has learnt that many in the government also see Margaritis Schinas, the EU Commission’s chief spokesperson, in positive light. Sources said Samaras chances were limited following Manfred Weber’s failure to get the EU executive’s leadership while Schinas is the “right man” to represent Greek interests in a “familiar for him environment”.

In Warsaw, the situation is still unclear. Jarosław Gowin, deputy prime minister, has said that “we are interested in getting the post of a Commissioner for energy issues”. But he acknowledged that this is not likely and said the person will be decided once the actual post is known. Meanwhile, Jadwiga Emilewicz, minister of entrepreneurship and technology and Gowin’s close associate, is considered a possible candidate.

Polish MEP Ryszard Czarnecki recently said the most likely candidate for Poland would be a minister, neither an MEP nor a technocrat.

In Bratislava, the Slovak nominee has been known for a long time. Current VP for the Energy Union Maroš Šefčovič has been confirmed by the government already. No new names have been discussed, not even after von der Leyen announced she would ask the member states for two nominations, one man and one woman.

In Prague, the Czech government has not decided yet. Foreign Minister Tomáš Petříček told Czech Radio that the government would make a decision after today’s vote on VDL. The only name mentioned by Czech PM Andrej Babiš and FM Tomáš Petříček is current Commissioner Věra Jourová. They both said that she is a good candidate who is able to get a good portfolio. However, officially she is not confirmed.

Another name is that of Petříček himself. The government is currently facing a crisis and if it collapses, a Commission post would suit his interests. “It is really speculation,” Petříček said. “I am not even thinking about that,” he added.

In Vilnius, the government has not made any decision but rumours suggest that Foreign Minister Linas Linkevicius, Prime Minister Saulius Skvernelis, and Economy Minister Virginijus Sinkevicius have the greatest chances.

In Zagreb, given the ongoing government reshuffle, due to be completed by August, it cannot be projected who is going to be Croatia’s pick. However, rumours suggest that Finance Minister Zdravko Marić has some chances, as he is the most popular minister to be “rewarded” for his positive financial reform that moved Croatia a step closer to the eurozone. EU funds chief Gabrijela Žalac and MEP Dubravka Šuica are also potential candidates.

In Ljubljana, rumours suggest that socialist MEP Tanja Fajon has good chances to get a Commission post.

In other news from EURACTIV’s network…

In view of the difficulties to reach a common position between the socialists (PSOE) and Unidas-Podemos, Iglesias last week decided to let the affiliates of the party decide whether they accept a “cooperation” agreement (as offered by Sánchez) or prefer a proper full coalition government (with ministers of Unidas-Podemos), something that PSOE rejects.

But on Monday Sánchez said his offer to Iglesias to “cooperate” was no longer on the table. Iglesias said he was “amazed by the tone and substance of Sánchez’s statements”, which “do not generate a good climate among them”.(EuroEFE.EURACTIV.es)

Reforming in parallel. During a visit to Serbia, French President Emmanuel Macron said Serbia should make reforms to join the EU and the latter should do the same, in order to be able to accept Belgrade.

Following a meeting with Serbian President Aleksandar Vučić, Macron said France was engaged in reaching a global and lasting agreement for the Kosovo issue. He also said Paris would support the resumption of the Belgrade-Priština dialogue, the aim of which is to find a concrete solution in the next few months.

Macron added that he would organise a special meeting with the leaders of Kosovo and Serbia as well as German Chancellor Angela Merkel. Twenty-two documents were signed during the visit, including a statement of intent of realising the Belgrade subway construction project.

A contract with the MBDA company on the delivery of Mistral air defence missiles was also signed. (beta.rs, EURACTIV.rs)