On 14 September, MEPs voted against amendments to tighten controls on EU-funded non-governmental organisations (NGOs) that act “against EU interests”. A search for the proponents of these measures points to a pro-Israeli pressure group and a Glyphosate supporter.

The amendments were tabled at the last minute by the centre-right European People’s Party, and some were taken straight from an earlier report by German MEP Markus Pieper (EPP).

In his original report, Pieper wanted to stop EU funding for NGOs “whose objectives are contrary to the fundamental values of the European Union, democracy, human rights and/or strategic commercial and security-policy objectives of the EU”.

Pieper’s report was blocked by Green and Left MEPs, who wanted to wait for the  Court of Auditors to submit “reliable data” on the issue. 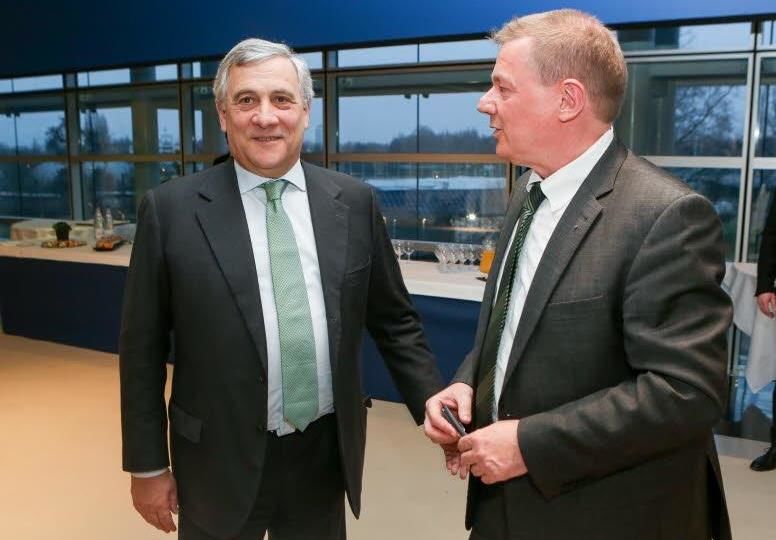 A European Parliament motion seeking to stop EU funding for NGOs that oppose the bloc’s strategic, commercial and security objectives was postponed until the Court of Auditors submits “reliable data” on the issue, EURACTIV.com has learned.

But without waiting, the EPP tried to push the same amendments in the report on “Transparency, accountability and integrity in the EU institutions”, voted in parliament on 14 September.

One such last-minute amendment called for restrictions on funding to organisations “only if they argue by means of verifiable facts”. The EPP also asked that no funding should be granted to “organisations which demonstrably disseminate untruths and/or whose objectives are contrary to the fundamental values and/or policy objectives of the EU”.

Another amendment asked for the introduction of a “code of conduct” for NGOs applying for EU funding, providing guidance on how to comply with “legal and transparency obligations”. All were rejected by a majority vote.

The EPP denounced the vote as an attempt to “keep NGO financing secret”.

Markus Pieper said, “We should not fund organisations that fight Europe and its values, nor people who circulate fake news. The EPP group wants transparency. That is exactly what our amendments are about.”

Contacted by EURACTIV for clarification on what Pieper meant by EU values countered by NGOs actions, or the fake news they allegedly circulate, the MEP’s office answered:

“This is a rhetorical question. The examples for the denials of climate change and false statements on free trade agreements are well-known.”

However, when asked to substantiate their accusations, the MEP’s office did not answer.

Who is behind the attacks on NGOs?

Markus Pieper’s assistants, asked by EURACTIV.com which external experts were involved, chose not to answer.

During an event titled “Evaluating Impact: EU funding to NGOs” hosted by centre-right (EPP) MEP Patricja Sulin in June, the EPP invited the following experts, who might shed some light on what are the EU’s strategic and commercial interests Markus Pieper seeks to defend.

One of the speakers was a representative from NGO Monitor, a Jerusalem-based organisation whose declared purpose on the EU’s registry of interest is to “promote accountability, and supports discussion on the reports and activities of NGOs claiming to advance human rights and humanitarian agendas”.

Their only registered interest is the Parliament’s Committee on Budgetary Control (CONT) study on EU funding – that is, Pieper’s report.

Its president, Gerald Steinberg, published an op-ed in the Jerusalem Post criticising the provision of “millions of euros to radical political advocacy NGOs that […] promote the images of Palestinian victimisation and Israeli oppression”.

According to Steinberg, “these EU funding policies actively promote the boycott and isolation of Israel”.

His claims (rebuked by the then-EU ambassador to Israel as “inaccurate and misleading”) were directed at then-president of the European Parliament Martin Schulz, whom Steinberg invited to “take action to end the EU’s role in political warfare targeting Israel”.

It seems NGO Monitor found a sympathetic ear in Pieper: earlier this year, it published a position paper that welcomes Pieper’s initiative, saying that “Many NGOs that enjoy European financial support promote fringe political agendas that are contrary to European official government policies, such as anti-Israel BDS (boycotts, divestment, and sanctions).”

The other speaker at the event held in the parliament was Canadian David Zaruk, an assistant professor in communications at Saint-Louis University in Brussels.

According to his Linkedin profile, he has been “on the European Commission Horizon 2020 Ethics Panel for Research and frequently serves as an expert, rapporteur, ethics adviser or evaluator for various European-funded research projects”, including on the Pesticide directive.

He is a communications and risk management consultant, but he says “I only work with friends”.

Zaruk has been interviewed for Monsanto’s blog, which quoted him in support of Glyphosate. On his personal blog, written under the nick of Risk-Monger, he accused the UN’s International Agency for Cancer Research of being infiltrated by agenda-driven activists.

In one post, he bashed the “European Sugar-Daddy” for funding NGOs that “attack EU trade, industry, energy and agriculture policies”.

He went on to praise the “excellent Pieper Report”, which – he claims – “acknowledges the problem I had highlighted of how the NGOs create these complex networks where money secretly moves around, free from any possible scrutiny from funding authorities”.

He may also have found a keen listener in Pieper’s defense of the EU’s “commercial objectives”.

Asked to detail what inputs did he have on Markus Pieper’s initiatives, and on whose behalf he was acting, David Zaruk chose not to comment.

The move, argues Civil Society Europe, is worrying because it specifically targets NGOs despite the fact that all EU beneficiaries are subject to the EU regulation on Financial rules.

“By targeting NGOs, these amendments diverted attention from undue influence of corporate interests and from the duty that EU institutions themselves have to respect transparency and prevent risk of conflicts between private and public interest,” said a Civil Society Europe spokesperson.

“It is disquieting that the EPP voted almost as a bloc in favour of these amendments.”

One response to “Who is behind the EPP’s latest attempt to tighten rules for NGOs?”