Who wants Ukraine to be granted EU candidate status? 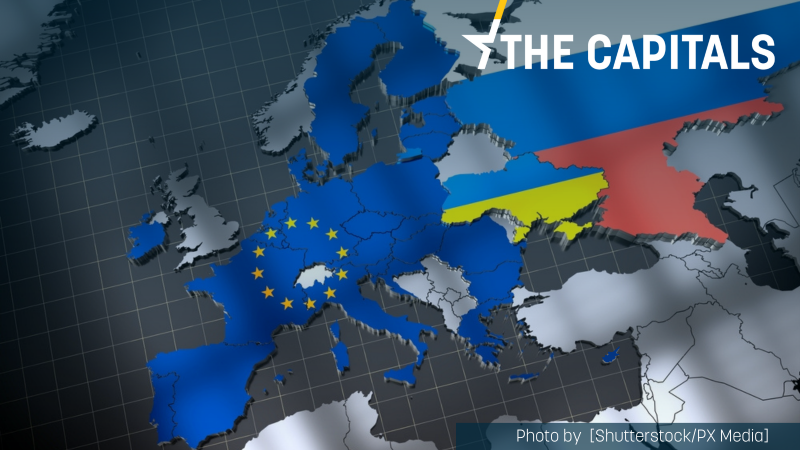 Since Russia invaded Ukraine, the request from Kyiv to join the European Union has reverberated through the blocs’ capitals. The question of whether to grant the country ‘candidate status’, the first major step on the long, winding road to EU membership, is expected to be on the agenda of member state leaders before the end of the French presidency of the Council on 1 July. Read more.

Government unveils windfall tax to fund £400 energy discount to all. Every household will get an energy bill discount of £400 in the autumn as part of a series of government handouts to be financed in part by a new 25% levy on oil and gas firms, the government announced on Thursday. Read more.

Israel, Brazil tops 2021 list of approvals for Portuguese citizenship. Over 54,000 foreigners applied for Portuguese nationality in 2021, and the Foreigners Service issued 46,855 positive opinions, mostly to citizens from Israel and Brazil, the annual Internal Security Report (RASI) has found. Read more.

Czech EU presidency to be plagued by limited travel links. Czechs who need to travel frequently due to the upcoming EU Council presidency in June will likely face flight problems as only one company currently operates two direct flights from Prague to Brussels Zaventem airport. Read more.

Poland could double army size thanks to voluntary service, says minister. Voluntary basic military service is such a tempting option that Poland will be able to double the size of its army, said Polish Defence Minister Mariusz Błaszczak. Read more.

Polish Parliament approves judicial reforms to unblock EU funds. Poland’s Parliament on Thursday (26 May) voted in favour of a bill that will replace a contested disciplinary chamber for judges with a new body, clearing the way for the country to get billions in COVID-19 recovery funds from Brussels. Read more.

Slovaks rush to Hungary for cheap gas as ‘petrol tourism’ era ends. After the government in Budapest announced it will only allow cars with Hungarian license plates to buy petrol for capped prices at the country’s petrol stations, motorists from neighbouring Slovakia rushed across the border. Meanwhile, petrol station owners warn the regulation will be hard to implement. Read more.

Slovak customs snowed under by trains crossing Ukraine border with goods. Slovak customs are currently overwhelmed by the increase in trains carrying goods crossing the Ukrainian border as Russia’s blockade on ports has forced Ukraine to deliver goods via train instead. Read more.

Greece-Bulgaria gas interconnector operational from 1 July. The gas connection between Bulgaria and Greece will start operating on 1 July, with Bulgaria poised to receive one billion cubic metres of gas from Azerbaijan – enough to meet the country’s needs during summer, with prices expected to be lower than Russian gas. Read more.

Croatia court gives final nod to adoption by same-sex couples. Same-sex couples are entitled to apply for child adoption as any other treatment would be discriminatory and not in line with European practice, Croatia’s high administrative court has said in a historic ruling that ended a same-sex couple’s six-year-long legal battle. Read more.

US, EU criticise Bosnian Croat obstruction of election funding. The US embassy and the EU delegation in Sarajevo have criticised the biggest Croat party in Bosnia-Herzegovina, HDZ BiH, for blocking the approval of financing for the national parliamentary elections due on 2 October. Read more.