Will the flight ban trap Belarusian dissidents in the hands of Lukashenko? 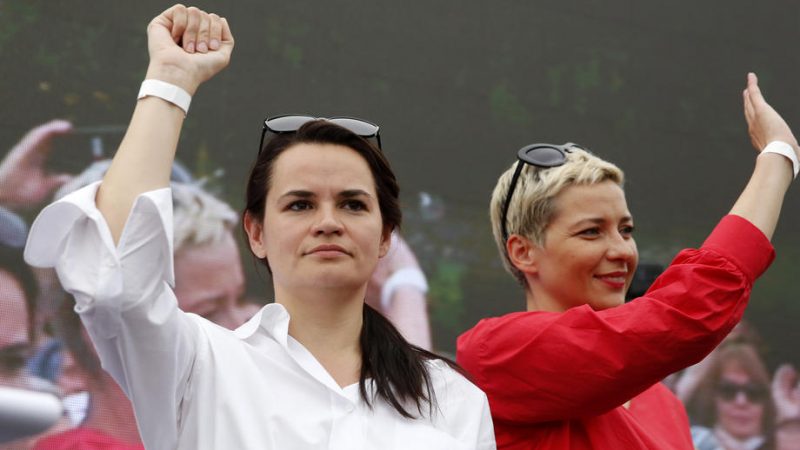 The EU has effectively banned air connections with Belarus in the wake of a forced diversion of a Vilnus-bound flight from Athens which the Baltic states have labelled a “hijacking”, however critics of the move fear the new measures could hurt dissidents fleeing regime repression.

Lithuania on Monday (24 May) became the first country to block airport access to flights using the Belarusian airspace. Later the same day, EU leaders in Brussels decided to bar the state-owned Belavia airline from the European airspace, effectively severing the few passenger air traffic options that exist for Belarusians.

After the Belarusian regime closed the borders for its nationals, the state-owned airline was one of the few options to reach Europe, a well-informed Lithuanian diplomat told LRT. However, “there was no other option than to hit Belavia”.

The sanctions come in response to the forced diversion of a Vilnius-bound flight from Athens, which the Baltic states have labelled “state-sponsored terrorism” and “hijacking”. The regime scrambled military aircraft to lead the civilian airliner into Minsk, where a Belarusian dissident and his partner were detained.

On Tuesday, Lithuania doubled down on its official position – the regime is responsible for preventing Belarusians from leaving, not the sanctions, according to Aistė Skaisgirytė, chief foreign policy adviser to the Lithuanian president.

“Travel by Belarusian people is hampered by the regime, not the physical means of travel,” Asta Skaisgirytė told the Žinių Radijas radio on Tuesday, adding that “there are very strict requirements based on which Belarusian citizens can go abroad”.

In late 2020, Belarus banned its citizens from crossing the border due to alleged Covid-19 restrictions unless they had a valid reason – including work and residence permits or evidence of studies abroad.

Increasingly since then, only those holding a Schengen visa that provides the right to live in Lithuania were allowed through the Belarusian border posts.

After the crackdown on opposition began in August last year, Lithuania began offering so-called humanitarian visas for Belarusians fleeing regime repressions. Since then, more than 800 Belarusians have been granted the Schengen visa under a fast-track procedure.

The permission to cross is formed as a residency permit, which is one of the exceptions allowing Belarusians to leave the country. Border officials cannot see the reason why the residency has been granted.

Leaving by air, however, had been simpler, as it required only a regular visa, which became easily obtainable by Belarusians since the adoption of a visa facilitation agreement with the EU last year.

Belavia “was probably the only alternative way […] to reach Vilnius for the big part of the population without these exceptions”, said the diplomat.

The regime is now trying to prevent the rest of the brain drain “by using such primitive means” under the guise of the COVID-19 pandemic, said the diplomat. According to him, the ability for Belarusians to enter Europe freely has been very important.

“So that some of them enter Europe, [see] a different information space, understand that what they see every day on Belarusian or Russian TV is fake, that Europe is well-off and not anything like it’s being depicted [by state media],” he said.

“The regime understands this and bans its own people from leaving,” said the diplomat. “Now independent media has almost been shut, and [the regime] can form whatever narrative it wants.”

The ban on Belavia will likely hurt the regime, according to the diplomat. “They have been extremely popular lately by continuing their flights in spite of the pandemic, the flights were booked up, and it has expanded its flight [connections] with European countries.”

The regime will likely respond to EU sanctions, which may further deepen the country’s isolation. “It wasn’t without reason that [the Lithuanian government] urged all citizens to leave Belarus,” the diplomat said. “[The regime’s actions] can no longer be predicted; it’s not safe for foreign citizens.”

Maksimas Milta, analyst at the Vilnius-based Eastern Europe Studies Centre (EESC), told LRT on Tuesday that it was becoming increasingly difficult for Belarusian people to “evacuate” from the country.

If a person wants to flee to the EU, “a flight is the main way to do so”, he said, adding that crossing border to Lithuania or Poland by land is now practically impossible.

“The possibility exists de jure, but de facto it doesn’t,” said Milta. “A dozen flights from Minsk to Vilnius every week – this was the main way Belarusians would end up in Lithuania.”

After the introduction of sanctions, it’s important now to provide a way for Belarusians fleeing repressions to leave the country safely, he added.

With Ukraine also halting air connections with Belarus, one of the only remaining options for Belarusians to fly to Europe is via Russia.

“The situation is dangerous,” said the diplomat. Russia being among the last gateways “is only benefitting [Moscow], with [Belarus] drifting into its arms, and there is nothing to be happy about”.

“We should think about how to further help the civil society, […] which is now completely closed and without physical and informational connections with the rest of the world,” he added.