Winds of change in Germany after EU elections? 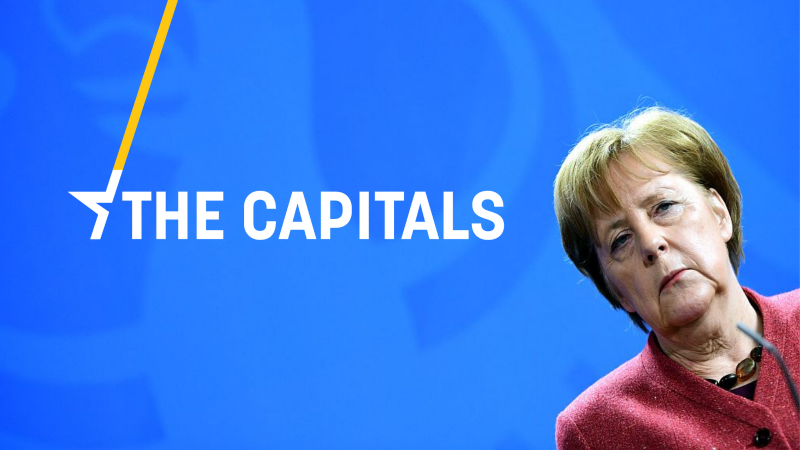 The Capitals brings you the latest news from across Europe, through on-the-ground reporting by EURACTIV’s media network. In this edition: Government reshuffle rumoured in Germany, Notre-Dame blaze shocks Paris, Italian government under investigation and much more…

New government after EU elections? The outcome of the European elections might lead to a cabinet reshuffle, several major German papers report. German-British dual citizen Justice Minister Katarina Barley, the SPD’s top candidate for the EU elections, is expected to move to the new EU Parliament, thus freeing up one post in Angela Merkel’s government. Barley might not be the only one to leave after the elections as the question will rise again whether Merkel will stay on until the end of her mandate, the papers write. EURACTIV media partner Der Tagesspiegel adds that there are already heated debates in the CDU about Ursula von der Leyen (defence), Peter Altmaier (economy) and Anja Karliczek (education), and in the CSU about Horst Seehofer (interior) and Gerd Müller (development) possibly having to leave the government. (Claire Stam, EURACTIV.de)

Macron cancels TV speech after Notre Dame blaze. Emmanuel Macron cancelled a planned televised address to the nation because of the “terrible fire” that engulfed the famous Notre Dame cathedral in Paris. “Like all French people, I’m sad tonight to see this part of us burning,” Macron said.

More than 400 fire-fighters tried to stop the flames but didn’t manage to reach the highest level of the fire that went up 70 metres high. The 850 years old wooden frame, called “the forest”, had never caught fire before. The roaring blaze destroyed the roof and the spire of the cathedral, a UNESCO heritage site, and the prosecutor’s office said it had launched an inquiry. (EURACTIV.fr)

Journalists ask Sánchez to participate in electoral debate on public TV: The International Federation of Journalists (IFJ) has supported the request of its affiliated organisations in Spain for socialist PM Pedro Sánchez to reconsider his refusal to take part in electoral debates on public radio and television (RTVE). In a statement made public on Monday by the Federation of Associations of Journalists of Spain (FAPE), the organisation said that Sánchez’s refusal “contradicts his declared defence of public services in general and of RTVE in particular”.

Elections in Spain will be held on 28 April. Polls predict a victory for Sánchez’s socialist party PSOE, with almost 40% of undecided voters, according to the latest figures released by the public survey centre CIS. However, analysts say a conservative coalition government, with support of far-right Vox, cannot be ruled out. (EuroEFE.EURACTIV.es)

Labour EU ‘leavers’ in uproar: It would be a ‘strategic error’ for Labour to field pro-EU candidates in the upcoming European elections if the UK takes part, a Labour MP has said.

Speaking to PoliticsHome, MP Gareth Snell said that if “voters in England outside London and the big metropolitan cities are presented with a list of people whose sole purpose would appear to be to frustrate the process of leaving the EU, then that’s a strategic error.”

Snell’s comments came after the leader of the Labour party in the European Parliament, Richard Corbett, said the party would “haemorrhage votes” if it fails to support the possibility of a confirmatory referendum on the government’s Brexit plans. (Samuel Stolton, EURACTIV.com)

Government under investigation: Right-wing Lega’s leader Matteo Salvini is once again under investigation for alleged charges of kidnapping migrants, who were not allowed to disembark from the NGO Sea-Watch’s rescue ship last January. But this time around, Prime Minister Giuseppe Conte, Infrastructure Minister Danilo Toninelli and the other deputy premier, Luigi Di Maio, could also face a trial for the same reason. “As long as I’m Interior Minister, Italian ports will remain closed,” said Salvini. (Gerardo Fortuna, EURACTIV.com)

Progressives don’t see the path to change the currency. Robert Biedron, leader of Wiosna (Spring), the new progressive force in Polish politics, said that for now, the debate about adopting the euro in Poland cannot go further. According to him, the ruling party has enough power to stall the debate and changing the constitution – which would be required to change the currency – is not possible under current political circumstances.  (EURACTIV.pl)

President says it’s time to switch to qualified majority voting in EU foreign policy. “Isn’t it time to cancel the need for consent of every member state in EU foreign policy?” Outgoing Slovak President Andrej Kiska asked at the annual Review Conference of Slovakia ́s Foreign Policy. Often, the interests of individual states overtake the interest of the EU as a whole, he added. Kiska, who is leaving the office in June and has announced the establishment of a new party, also said “personal populist positions” are sometimes presented as a position of the whole Visegrad Four group, which is not the case and is hurting the image of the V4.  (Zuzana Gabrižová, EURACTIV.sk)

Reform or Czexit: The Party of Free Citizens (EFD) that currently has one MEP in the European Parliament, says that the EU should reduce and limit itself merely to a free trade and free movement area. If the EU does not reform itself by 2024, the Czech Republic should leave the bloc.

A new debate to no avail: The European Parliament debated, again, the rule of law in Romania on Monday evening, but no concrete results are expected to emerge. The Romanian government, which currently holds the EU Council Presidency, was remarkably absent from the plenary in Strasbourg, but MEPs from the ruling parties were quick to defend their attempts to change the justice laws, saying the EU Parliament is just an election campaign event. However, Commissioner Vera Jourova pointed out that Romania needs to get back ”on the right track” regarding the independence of the judiciary.

Preparing new changes: In the meantime, a special justice committee of the Romanian parliament just requested an extension of its term to debate changes of the Criminal Code and the Criminal Procedure Code. The committee, set up to prepare changes to the judiciary and criminal laws, will soon restart work after Justice Minister Tudorel Toader refused to support an emergency decree that would have allowed some high profile convicts to request sentence annulments. However, representatives of the ruling socialist party (PSD/S&D) said the changes only aim to fix legislation according to the Constitutional Court decisions. (EURACTIV.ro)

No snap elections, Tsipras said: Greek PM Alexis Tsipras said national elections will be held as scheduled in October 2019. In an interview with Antenna (ANT1) TV, Tsipras also said he was “used to losing in opinion polls, but winning at the ballot box,” and added this is a strategic choice that will not change because it signifies a return of Greece to normality.

Greece will try offshore wind power: A pilot competition for the installation of offshore wind power units in Greek waters was announced yesterday by the General Secretary of the Ministry of Energy at a Norwegian Embassy event in Athens. Norway promotes green investments and blue economy in Greece through EEA Grants.

Government adopts EU presidency action plan: Foreign and European Affairs Minister Marija Pejčinović Burić unveiled a government action plan for the Croatian presidency of the EU which determines the content of the presidency, logistics, human resources and a schedule of important meetings. About 30 high-level events will take place in Croatia during its EU presidency in 2020, a summit of heads of state and government, 20 informal councils of ministers and conferences, and four major events that will be organised by the Croatian parliament. Most of the activities will take place in Zagreb, but some will be organised outside the capital to promote other parts of the country. (Željko Trkanjec, EURACTIV.hr)

EU needs people with vision. Slovenian Prime Minister Marjan Šarec (ALDE) said it would be good if key positions in future European Commission were held by people who will have a “vision” of EU and its development based on the rule of law and solidarity – which he said is now not the case.  (Željko Trkanjec, EURACTIV.hr)

Better water transport: Ministers of Serbia and Hungary have signed a memorandum on upgrading the river lock on the Serbian part of the Tisa river, one of the main rivers in Central and Eastern Europe. Increasing the capacities of the river lock is required for the implementation of a joint initiative of the two countries to add Tisa to the Trans-European Transport Network (TEN-T). (Beta-EURACTIV.rs)