A Europe we believe in 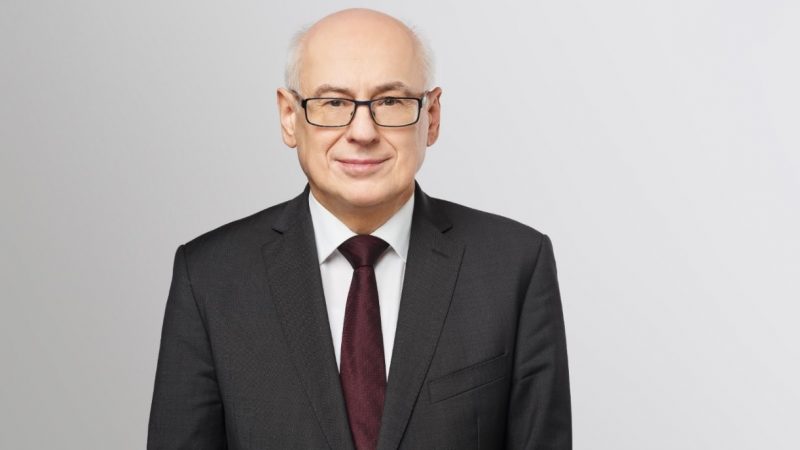 Prof. Dr. Zdzisław Krasnodębski is a Member of the European Parliament for the European Conservatives and Reformists Group from Poland. He chairs the ECR Working Group on Institutional Reform and represents the political group in the Executive Board of the Conference on the Future of Europe. He is a sociologist and a social philosopher.

The European Conservatives and Reformists Group in the European Parliament has been an active player in the reflexion process on the future of Europe launched by the European institutions last year under the Conference on the Future of Europe. We showed on a number of occasions that we treat this initiative very seriously – maybe even too seriously – because we know that the European Union needs a change. In particular, all along 2021, our Group carried out the pan-European campaign Europe’s Future – A New Hope. We organised 8 hybrid events in European capitals, including Warsaw, Stockholm, Sofia and Madrid. Through a number of public discussions with the participation of some of the most renowned European conservative intellectuals, as well as  our MEPs and national MPs, the ECR Group has broadly presented its vision for the European reform, with ‘Secure borders, safe citizens’, ‘Sovereign Member States’, ‘Realistic climate protection’ and ‘Doing less, doing better’ being some of its watchwords.

We, as the European Conservatives and Reformists, do not think that the only answer to the crises that the EU has gone through in the recent past is simply ‘more EU’. We perceive the European integration as a finite process that clearly has its limits. ‘Ever closer Union’ does not mean ‘United States of Europe’ as some things can still be done better at the national level or between the Member States on ad hoc basis. Both the COVID-19 pandemic and the war in Ukraine showed that we can stand united as Europeans and act together efficiently even though there is no complete union in the areas concerned. We reject the federalist paradigm that so far prevails in the discussions within the Conference on the Future of Europe. If the Conference is supposed to be a serious reflection, it should not be captured by those who represent only one vision of Europe and whose conclusions had been ready well before the Conference was actually launched.

The political order in Europe has a specific and unique character. On the one hand, it still includes states internationally recognised as sovereign, which pursue their own foreign, defence and economic policies. On the other hand, by joining together the European Union, European states have relinquished some of their powers. They have transferred part of their sovereignty into a common pool, to preserve and strengthen it. But the Union has limited competences – it is supposed to deal only with issues that cannot be dealt with by individual Member States. It is not a politically sovereign organism but an international organisation, a bloc of states. Its decision-making power is based on the transfer of competences from the states, thus it represents merely a “borrowed” power.

Yet the accumulation of governance powers has led the EU – the European Commission, the European Parliament and the Court of Justice of the European Union – to treat such “borrowed sovereignty” as its own and subsequently to act beyond its competences. This phenomenon constitutes an abuse by a dishonest creditor, detrimental to the future of Europe as it means less national and individual freedoms, less democracy, less cultural diversity. Notwithstanding this expansion, the masters of the treaties remain the Member States. Only they can change them. And they should put a stop to the arbitrary appropriation of further competences by the Union.

We should also not forget that Europe goes far beyond its current political form. Europe is a continent with a long history and a centuries-old civilisation that was built on Greek philosophy, Roman law and Christian religion. We can find their influence not only in Paris, Berlin, Brussels or Warsaw, but also in Belgrade, Sarajevo, Kyiv, Tbilisi and elsewhere in the Eastern and South-Eastern neighbourhood of the European Union. That is why, in order to make this reflexion on the future of Europe (not the EU, nota bene) a genuinely European one, the ECR Group is open to listen to the perspective of the countries aspiring to the membership or closer integration with the European Union. This month, we are launching the second stage of our campaign Europe’s Future – A New Hope: European Neighbourhood Initiative – Europe as a civilisational choice. We now give the floor to the officials and experts from the Eastern Partnership region and the Western Balkans.

On 1-2 March, the ECR Group organised the ECR Eastern Neighbourhood Summit and, on Tuesday and Wednesday (29-30 March), we are going to host the ECR Western Balkans Summit. These events bring together recognised experts in such fields as security, economy, democratisation and European integration, as well as current and former decision-makers from the two regions. They are put in conversation with several MEPs from our Group. The main questions that we try to answer together include what the European Union has to offer to the Eastern Partnership and Western Balkan countries and what a closer integration with these regions can bring to the EU. These questions are all the more urgent because Russia and China are active players in those regions. We must now define the role that countries like Ukraine, Georgia, Serbia, Montenegro and others, representing about 90 million citizens all together, have to play for and in the future of Europe. We want to seize the opportunity offered by the Conference on the Future of Europe to make the voice of all Europeans heard.

The ECR Western Balkans Summit – Europe as a civilisational choice will be webstreamed live on 29-30 March at the ECR Group European Parliament channel on Youtube. More information can be found on https://ecrgroup.eu/events.