By Daniela Iller and Lennart Oestergaard 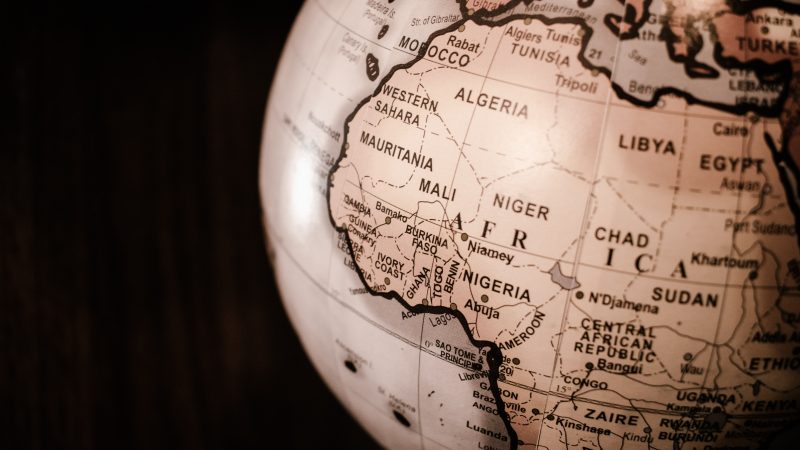 This article is part of our special report Putting sustainability at the heart of the EU’s trade agenda.

The forthcoming summit of the European Union (EU) and the African Union (AU) must signalise a new beginning. If there is to be a new alliance with Africa, as announced by the French EU Presidency, Europe must, above all, do one thing: be more honest with itself.

Daniela Iller is Policy Officer Trade and Sustainable Development and Lennart Oestergaard is Desk Officer of the Africa Department of Friedrich-Ebert-Stiftung.

The summit, which brings together high-ranking representatives of the European Union and the African Union, has already been postponed twice because of the pandemic. It is now scheduled to take place on 17 and 18 February under France’s EU Council Presidency. The African states have had high expectations of the EU and disappointing them would be a fatal signal, not least because other players are becoming increasingly active on the continent.

In order to “reset” the EU-Africa relationship, Europe must most importantly acknowledge that relations between the two continents have historically always been characterised by asymmetry. The truth, however, is that although a partnership of equals has always been, and still is, talked about, cooperation since the end of the colonial era has often remained entrenched in a donor-recipient mentality, and short-term goals such as averting migration or increasing the turnover of European companies have been given preference over long-term development prospects.

A prosperous Africa is in Europe’s core interest

Europe and Africa are, after all, natural partners, not only because of their geographical proximity. European institutions and member states are increasingly aware that neither continent can sustainably prosper while the other is ailing.

There is no shortage of initiatives and instruments: for example, Global Europe, the EU’s partnership and development instrument with a budget of around € 30 billion for Africa (2021-2027), the European Green Deal or the Global Gateway Initiative, which aims to mobilise infrastructure investments. These offer extensive opportunities for cooperation with Africa and should be seized and implemented in concrete projects. At the same time, it is important that financial resources are not only reallocated, but substantially increased.

The Global Gateway Initiative in particular gives the impression of mainly being a response to China’s Belt and Road Initiative. What is needed, however, is a European policy approach that really makes people believe that shared interests with African partners are the main focus. Only in this way can the EU achieve the comparative advantage over China and other players that it is looking for. The EU has also failed to recognise and integrate African countries as partners for multilateralism sufficiently.

Working on problems and creating a new basis for cooperation

Breakthroughs must finally be achieved in key areas of European-African cooperation.

In trade policy, the interests of African partners must be taken into greater account at long last. Seeing Africa merely as a supplier of raw materials, investments by European companies that create added value but no jobs and cheap European exports to Africa are all factors that thwart the EU’s development policy goals.

As Africa’s most important trading partner and investor, it is Europe’s responsibility to act. Among other things, this means using EU investment aid not only as a hedge for European companies, but also to create jobs locally. Key measures here are the promotion of African exports, good work, vocational training, local value creation and know-how transfer for the benefit of small and medium-sized African enterprises.

A reformed trade policy also requires the EU to strike a balance between supporting the continent’s economic integration through the African Free Trade Area and maintaining regional partnership agreements (EPAs).

Secondly, a European migration policy based on the Fortress Europe approach must be overcome. Legal migration must be made easier, for example. This is also in Europe’s own interest given the shortage of skilled workers and its ageing societies. Simpler visa procedures, as well as long-term migration perspectives, are just some of the measures needed. It is also important to understand and enable circular migration. Historically, this has been a central feature of the socio-economic structures of sub-Saharan Africa. Too often, EU activities contradict each other. For example, in West and East Africa, where, on the one hand, borders are to be secured and, on the other, mobility promoted.

Thirdly, justified accusations about a “vaccine apartheid” from the South African and Kenyan presidents, for example, call for urgent action. The economic and social consequences of the Covid19 pandemic are also devastating in Africa. Even if it were simply for protection against mutations, efforts to promote the export of vaccine doses and to support the establishment of vaccine production in Africa must be intensified.

Cooperation between the EU and Africa must be guided by the United Nations’ 2030 Agenda and its 17 SDGs. This agenda has shifted the focus away from paternalistic poverty reduction and anchored the responsibility for developmental progress and success in the global North.

Promises without substance will not bring about the demanded – equal – partnership. At the AU-EU Summit and in all future cooperation, the EU should not so much formulate unilateral offers, but rather work on ideas jointly with the African partners from the very beginning, based on needs. This would be an important innovation in the European-African relationship. A relationship that no longer allows for an unlimited number of “new beginnings”.