David Sassoli: A great pro-European and a great president of European Parliament 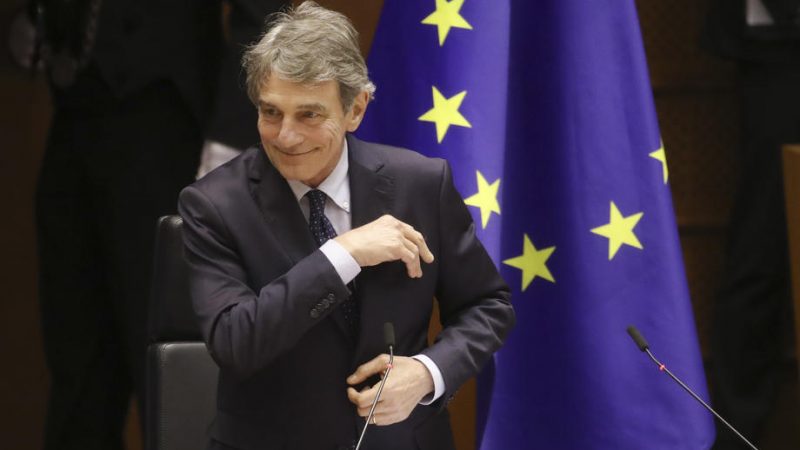 With David Sassoli, we have lost a great president of the European Parliament and a personality who is part of the Italian pro-European tradition, writes Roberto Castaldi.

Roberto Castaldi is the editor-in-chief of EURACTIV Italy and the research director at the International Centre for European and Global Governance (SesUE).

I met David Sassoli during his first term as an MEP at a conference in Pisa when I was a young researcher. He liked my intervention, and we began a passionate discussion during the break.

We exchanged phone numbers, and that passionate discussion never stopped, resuming at every crucial turning point in the process of European unification.

Nothing could be more natural for an MEP who was also a member of the Spinelli Group, which brings together the politicians most committed to reforming the Union in a federal sense, and a member of the Rome section of the European Federalist Movement.

David was a wonderful person, kind, calm, and mild, with a sunny smile. But he was also determined, persevering, and a tireless worker at the service of his ideals.

He was the living proof that it is possible to do politics and achieve significant results for citizens without shouting, ranting and other activities that may give visibility but do not solve problems.

His passion and dedication to Europe were demonstrated by his political action at the European level, and he refused to abandon the European Parliament to run for mayor of Rome.

Political battles can be won or lost, and in fighting them, one always creates enemies. Those who want to ‘be’ something, rather than ‘do’ something, often play certain roles without a fight, perhaps in the hope of being able to maintain that position or obtain new ones at the national or European level.

This was certainly not the case with David. I like to recall three of his battles as president of the Parliament, which indicate his priorities and the compass to follow for those who want to follow in his footsteps.

He also referred to them in the message with which he participated in the webinar promoted by EURACTIV Italy on the future of Europe on the 35th anniversary of Altiero Spinelli’s death.

The first battle is for the rule of law and the fundamental rights of European citizens in all member states. He recalled this in his inaugural speech as president and then pushed for the creation of the conditionality mechanism to protect the rule of law, which makes it possible to block the disbursement of European funds to countries that violate it.

When member states agreed not to apply it immediately, the Parliament eventually sued the European Commission for non-implementation. The Parliament’s legal service was not sure that the case could be won, but the Parliament nevertheless wanted to give a strong political signal of its commitment to protecting the rights of European citizens.

The second battle concerns the European response to the pandemic, the creation of the Next Generation EU, and the commitment that it would remain within the framework of the EU budget, thus ensuring a role for the European Parliament in decision-making and avoiding purely intergovernmental solutions.

This was entirely consistent with the vision of the European Parliament – the only European institution elected by direct universal suffrage – as the legitimate representative of European citizens, protecting the general interest, unlike member state governments, which have a purely national perspective and interest.

Linked to this is the battle waged by the Parliament on the issue of increasing the budget and the own resources ceiling, i.e. the European revenues needed to cover the spending commitments of the Next Generation EU. These two battles were linked because the Parliament currently has limited powers in defining the size of the European budget and its revenues.

All the more so since the method of European taxation currently under discussion targets those who have so far managed to avoid national taxation and have a negative social impact, like polluters, financial speculators, and multinationals in the digital economy.

European taxation, therefore, also has a social value, promoting a fairer contribution to the production of European public goods, starting with the ecological and digital transitions. We talked about this in an interview shortly after the launch of EURACTIV Italy in the middle of the negotiations on the Next Generation EU.

The third battle is the one to strengthen the European Union. It included the pressure to actually launch the Conference on the Future of Europe. This was initially Emmanuel Macron’s idea, which was postponed because of the pandemic, and which governments perhaps no longer felt the need for after the decisions on the Next Generation EU.

But it is an issue on which Parliament has pushed, insisted, with resolutions and inter-institutional diplomacy to finally arrive at the launch of the Conference in May 2021.

This enshrines the idea that the involvement of European citizens in a great debate on the future of Europe could give the impetus to move towards a real political union, with a foreign, security and defence policy that is truly European, without hiding the importance of the military dimension, on which Sassoli was outspoken.

Thank you, president, for your values, your commitment, your battles, and also for your smile in carrying them forward.