Does València deserve to become European capital of Innovation? 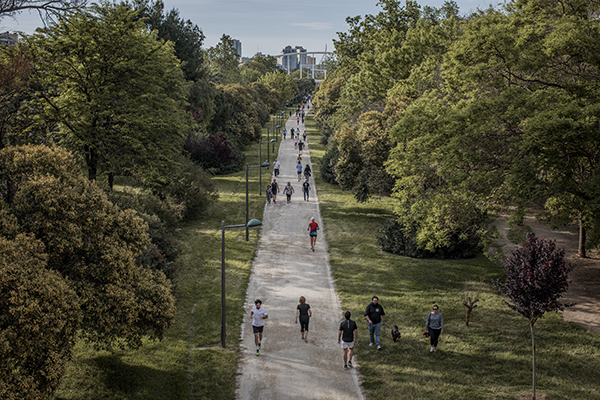 València (Spain) is a Mediterranean city that dreams of being healthier, more sustainable, shared and entrepreneurial. Best of all: this dream can come true in less than a decade thanks to the Missions València 2030 innovation strategy.

This strategy led València to the final round of the European Capital of Innovation 2020 award as the only Spanish city to make it to the final.

On 4 August, the 12 finalists were announced. However, is València better than the other candidates? Does it deserve this recognition over other cities? What is so special about this city, well-known around the world thanks to Las Fallas and for being the home of Paella, the most international dish on the planet?

València has been nominated due to its Missions València 2030 innovation strategy, introduced last June by the Innovation Office at the València City Council and the Las Naves Innovation Centre.

This strategy summarizes the essence of innovations projects to be promoted during the next decade with a clear resemblance to the mission that led to the Moon landing. In that case, a whole country set a goal with an impact on multiple sectors: from the aerospace industry to the textile industry (with the design of the spacesuits) or the food industry (so that astronauts could feed in space).

That is exactly the purpose of Missions València 2030. All missions that guide, enable and foster innovation in any discipline, technology or sector (including the Humanities) should have a common goal:  To improve people’s lives and turn València into a healthier, more sustainable, shared and entrepreneurial city.

Thus, València will be the first European city to implement mission-oriented innovation projects as defined by the European Union in the 2021-27 Horizon Programme.

On the other hand, València deserves to be the European Capital of Innovation because it understands innovation as a collective journey, rather than an individual destination. A journey for everyone where no one is left behind. With the involvement of the public sector, but also the private sector, including companies, universities and research centres, as well as the civil society.

This reflects what we have seen in the City Council Plenary Room, since València is the first European city that has approved such a co-governance model to carry out and promote innovation with a broad political and social consensus (even with the support of most of the opposition parties).

Finally, València deserves it because it tries to make people understand the social value of innovation and how it can impact their daily life. Only if they are aware will citizens be able to treasure the fact that innovation is behind a more resilient city in order to face future crises and it is also behind some ideas that might turn into missions for the next 10 years.

These could, for instance, lead us to reduce the health gap among neighbourhoods up to 20%, wanted loneliness up to 90%, child obesity up to 50% and plastic and micro-plastic waste on beaches up to 90%.

They could also help València to become a carbon-neutral city able to reduce CO2 emissions generated in the city up to 100% or lead to a 50% increase in innovative entrepreneurship led by women or by people over 45. These missions have not been chosen yet and will be disclosed this autumn.

Missions València 2030 already has a natural momentum which is hard to stop. In recent years, the city has enjoyed many transformations that will leave and indelible mark.

For instance, the expansion of the bicycle lane network, the reduction of CO2 emissions, the increase in public spaces for citizens through the pedestrianisation of squares and new gardens, the full digitalization of services and the increase in free wi-fi hotspots, the growth of an entrepreneurial ecosystem with 100 new start-ups per year, the increase of the city social budget or investments in green energies for administration facilities.

Besides, the València City Council has a long-standing experience in the field of European funding and has a clear commitment with that pro-European spirit that led to the creation of the European Projects Office, a specialised unit to provide support for the acquisition, management and implementation of local projects with European funds.

Currently, this office focuses its actions on the priorities set by Missions València 2030, bearing in mind that R+D+i must be available for everyone.

The impact of the health crisis, which has affected the economy of many countries, has clearly consolidated the new innovation model proposed by Missions València 2030. With social distancing but with emotional closeness, following preventive measures and prioritizing investments in health, environment, education and employment, as requested by the European Union.

València has every reason.

Especially, given that our society has, for many years, been at the forefront in many fields and sectors of knowledge; given that we have some of the best universities in Spain; given that València is an international benchmark in the field of sustainable food thanks to the Word Sustainable Urban Food Centre of València (FAO); given that it has four World Heritage Sites known all over the world; given there is an innovative and technological ecosystem with an exponential growth; Valencia is ranked as the best Erasmus destination in Europe and has received the award as the best talent attraction program from the European Commission; and given that València will be the World Design Capital 2022.

By the end of September, we will know if Valencia has been chosen as the European Capital of Innovation 2020.  Missions València has just begun its journey for València to become a healthier, more sustainable, shared and entrepreneurial city. This journey deserves it. València deserves it. Destiny deserves it.