Johnson’s case for the defence 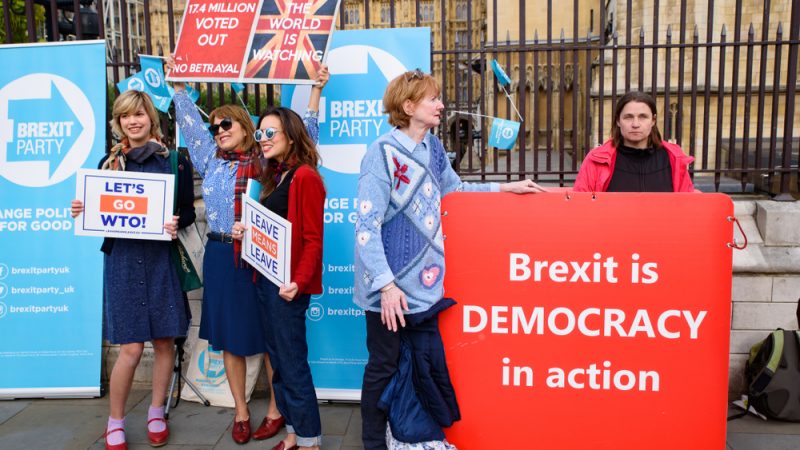 So, too, did the argument that Russia would be one of the beneficiaries of the UK being outside the EU. [Shutterstock/Mo Wu]

One of the most hotly contested arguments following the Brexit vote in 2016 was whether Russian interference had played a role in the referendum campaign. As in the United States over Donald Trump’s election five months later, no Kremlin link or interference in the referendum was ever proven, but the smell lingered. So, too, did the argument that Russia would be one of the beneficiaries of the UK being outside the EU.

President Putin’s invasion of Ukraine has rather put paid to that. Boris Johnson has used the Russian invasion to divert attention from his domestic woes about lockdown-busting parties, and his government has emerged as one of Moscow’s most hawkish opponents. On Wednesday, Johnson signed mutual security deals with Finland and Sweden as the two Scandinavian states prepare for what appears to be their inevitable applications to join the NATO military alliance.

Former Finnish Prime Minister Alexander Stubb said on Wednesday that it was 99.9% certain that his country would apply to join the alliance in the coming weeks.

The deals, which promise to provide military support to Sweden and Finland – including with troops if requested – should they come under attack from Russia during the processing of their NATO applications, are loaded with symbolism. Unlike the EU treaty clause on mutual assistance or the NATO treaty, they do not have the force of law but are a political declaration.

By offering the promise of military support, in the highly unlikely event of it being needed, Johnson’s government has stated that Brexit Britain is not taking an isolationist path but wants closer defence cooperation with its allies. It also ties in with the argument that British Eurosceptics have used for decades, that it is the NATO alliance, rather than the EU, which is the main guarantor of peace and security in Europe.

It is a smart piece of geopolitics by Johnson at a time when the attitude of the EU’s leading members on defence and security cooperation has been more ambiguous.

Earlier this month, Germany’s Chancellor Olaf Scholz assured Finland and Sweden that Germany and other EU countries would come to their defence in the event of a Russian attack under the mutual assistance clause.

However, Scholz’s government is divided on the pace at which it will reach the NATO target of spending 2% of its GDP on defence and has been reluctant to send military aid to Ukraine. In contrast, the UK has not made it easy for Ukrainian refugees to seek shelter on its shores but has demonstrated its status as one of Europe’s few military powers by sending supplies of military equipment to Ukraine and its neighbour Poland.

One of the most significant unintended achievements of Vladimir Putin’s war in Ukraine is likely to be the expansion of the NATO alliance on his doorstep. In the process, the UK is seizing its chance to be a major player in Europe again.