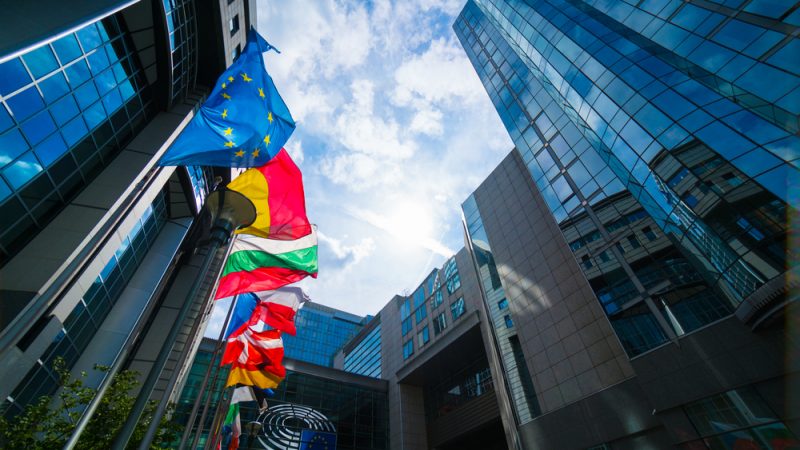 There comes a moment when EU treaty change or something similar becomes inevitable.

After the referendums in France and the Netherlands that nixed the Constitutional Treaty in 2005, there was a hiatus, referred to as ‘a period of reflection’, during which leaders worked out what to do. Some leaders wanted the treaty reform process to die a quiet death. But the treaty’s advocates kept it on the table, and in early 2007, under the German presidency, came the impetus to salvage the substance of the text as an amending treaty. By the end of 2007, the negotiations on the Lisbon Treaty had been wrapped up.

There is no suggestion that the reform process will be so quick this time – the scars of the two Irish referendums on the Lisbon Treaty have not completely faded – but momentum for reform is undoubtedly building.

The leaders of Germany, France and Italy, and the European Commission, have all publicly stated that they are supportive or at least sympathetic to opening up the treaties.

In the first draft are demands ranging from healthcare becoming a shared competence; a genuine energy union, scrapping national vetoes for everything except EU membership applications; full co-decision powers for the Parliament on the EU budget; and a genuine right for MEPs to initiate legislation.

Significantly, the wishlist also includes the creation of ‘associate membership’ to allow European nations ‘to find a new space for political cooperation on security, energy cooperation, transport, investment, infrastructure and movement of people’.

That sounds almost identical to Emmanuel Macron’s plans, set out earlier this month, for a ‘European political community’ to bring together countries that share EU values but are not part of the bloc. This blueprint will generate interest from Ukraine to the United Kingdom and could reinvigorate enlargement by offering a viable alternative to full EU membership.

Meanwhile, the would-be treaty reformers think that a crisis should never be wasted, a notion which drove the economic governance architecture – replete with a common bailout fund – for the eurozone ten years ago.

The Ukraine crisis has forced Sweden and Finland to apply to join NATO and has focused minds in Brussels and across national capitals about the need for the EU to have a more independence on defence and security policy and gas supply, the so called ‘strategic autonomy’ that France and the European Commission were talking about several years ago but which few listened to.

The chances of all these wishes being granted by EU leaders in the next year or two are slim to none. In particular, it requires a real stretch of the imagination to believe that member states will give up national vetoes on foreign, defence and security policy, though the other demands are less far-fetched. Similarly, the letter signed by 12 EU states signalling their opposition to a ‘reckless’ rush to change the treaties marks a clear line in the sand.

Imminent treaty change is still unlikely. But as students of EU integration know, the more the momentum builds, the harder it becomes to resist.