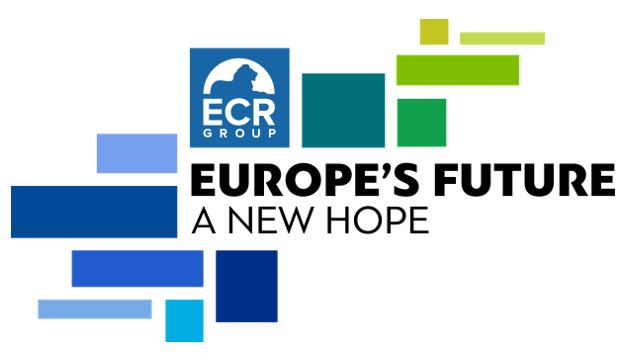 The Group of European Conservatives and Reformists in the European Parliament established itself in 2009, during the final stages of the Treaty of Lisbon’s ratification, a treaty designed to ‘complete the process started by the Amsterdam Treaty’ in 1997 – the first of a series of rushed treaties that unbalanced the European Union.

The ECR Group is a centre-right political group bringing together Members of the European Parliament who support a vision of common sense reform for the whole of the EU. Its guiding principle is to be the voice of common sense, to support sovereign nation states and to demand the return of fundamental decision-making to the member states in order to re-establish the European Union as a partnership of national democracies.

The Treaty of Lisbon was a thinly veiled attempt to revive the   substance of the failed “Treaty establishing a Constitution for Europe”, which had been rejected in several national referendums.

It introduced a new decision-making system known as the ‘double majority system’ in the Council of the European Union, aimed at reducing the possibility of national vetoes by individual member states. In the end, the Treaty of Lisbon strengthened the political union of the EU institutions at the expense of the national democracies, who lost significant portions of their sovereignty.

Our task, as European Conservatives, is to stop the current transfer of competences and decision-making doomed for centralisation, by handing back real power to the Member States. In doing so, national democracies will find themselves in a better position to respond quickly and efficiently to crises and challenges.

One such challenge has been and continues to be the illegal immigration that has swept across Europe since 2015. The European Union is still looking for a solution to this crisis despite the recent unveiling of the “New Pact on Migration”, which has yet to be fully dissected and debated.

So far, it is the countries located on the European border that have had to endure the most devastating results of EU inaction, finding themselves at the forefront of the migration crisis. The European external borders in Bulgaria, Greece, Italy and Spain have come under unprecedented migratory pressures.

By quickly building a fence on its border with Turkey and assembling troops and police, Bulgaria managed by itself to limit the entry of illegal immigrants. Greece, Italy and Spain, on the other hand, had to cope with the difficult task of protecting their shores from a steady stream of vessels carrying illegal migrants across the Mediterranean.

This is a clear example as to why sovereign states need to be able to execute quick and effective solutions in response to the crises that threaten them, rather than waiting for a decision from a centralised EU body.

Moreover, while affected EU member states were in a hurry to close borders, in order to limit the pressure exerted on their security and social systems, the European Commission was developing a plan for the quota distribution of immigrants, as part of its confused concept of ‘misunderstood solidarity’.

We, the European Conservatives and Reformists, firmly believe we need to change our migration system, as it is ineffective and not supported by all European member states. In order to have a functioning system, we must have the cooperation and approval of all member states. We cannot hide behind the false pretence of ‘misunderstood solidarity’; we must put our people and countries first.

In our opinion, a new European migration system must be based on the support of all member states and must secure and protect the Union’s external borders. Providing support to countries able to minimise pressure on all other member states and avoiding border closures within the European Union is critical, in order to avoid any repeats of the 2015 migration crisis.

It is also crucial for us to increase the number of repatriations, because those without the right to asylum continue to reside within the EU.

Furthermore, we must also see a tangible plan for the development of FRONTEX, providing the resources needed to achieve a higher level of cooperation and efficiency for member states’ border services.

Unfortunately, the European institutions have not yet taken such measures and the security systems of the member states are under serious pressure. Information has even been circulated which suggests Islamic State fighters are returning from the Middle East and joining the waves of migration flooding Europe.

As it stands, we can only guess when these “sleeping cells” are active. For this reason, it is important for us to strengthen cooperation on counter-terrorism.

Strong nations and national democratic institutions are the only solutions to the constant threats against the lives and wellbeing of EU citizens. On these grounds, it is vital for us to change the focus of the current EU system by putting the interests of each individual sovereign state’s citizens first.

It is time to return key decision-making powers back to the member states, without the threat of sanctions from the European Commission. After all, let it not be forgotten that the EU is a union of sovereign national democracies with legitimately elected governments and institutions.

This basic constitutional principle must be reaffirmed by re-balancing the institutions in Brussels in favour of the member states, as well as by returning key powers to national democratic institutions.

The ECR Group in the European Parliament has launched its tour “Europe’s Future: A New Hope” to consider more effective and durable alternatives to EU centralisation. We want to show that a new, middle way can save Europe from the clutches of a federalist ideology; an ideology that risks rolling back all the progress made by sovereign, national democracies working together over many years as equal partners for the common good.

Our next stop is in Sofia, where a live event will take place on Friday 29 January 2021 at 17:00 CET. Find more information on our Social Media Channels and website: www.ecrthefuture.eu. Join us to #ResetEU

One response to “Strong national democracies, Europe’s guarantor of security”