The Brief – Back to Barack 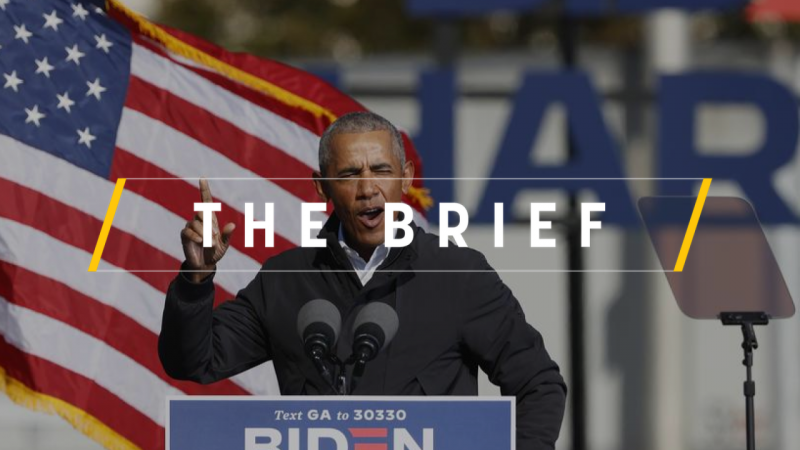 British tabloids are aflutter this week over the notion that US President-elect Joe Biden could appoint Barack Obama as Washington’s ambassador in London. That won’t happen but consider for a moment if Biden were to send the former commander-in-chief to Brussels…

Biden’s victory last week was the result that launched a thousand op-eds and think pieces contemplating what the next occupant of the Oval Office means for Europe, foreign policy, the climate and so on. Well here is another one to add to the collection.

Who will the president-elect entrust with overseeing day-to-day relations with the European Union? Biden will naturally want to rebuild the bridges torched by Trump, so his choice of appointee needs to be a good one.

The incumbent, Ronald Gidwitz, is only temporary and is very much a Trump-man. What if Barack Obama is asked to take on that job?

One of the most famous and respected people, let along politicians, in the world, would likely work wonders on transatlantic ties and have European leaders descending on Brussels for something other than Council summits for once.

It would almost have the effect of there being one-and-a-half presidents: Biden can concentrate on sorting out the mess at home and dealing with what is likely to be an obstructionist Senate, while Obama could work on overseas relations.

After all, there is a lot of catch-up work to be done. The US has only had half a president for the last four years, so the 77-year-old Biden needs all the help he can get, especially since he is likely to serve only one term due to his age.

Brussels would, of course, be overjoyed if such a high-profile appointment were to be made. After all, Obama got the Nobel Peace Prize in 2009 and the EU in 2012 so they should really get along, to mutual benefit.

The European Commission’s aspirations of being a ‘geopolitical’ administration lie in tatters at the moment – see the Russia-brokered Armenia-Azerbaijan ceasefire for the latest example.

Obama in town turbocharges the EU’s credentials, even if it is only an aesthetic fix, and the cosy relationship with Brussels would strengthen Biden’s efforts to restore America’s global relevance.

But the 44th US president will probably not be deployed overseas. Former commanders-in-chief do not have to look far for gigs and if Obama were to play a role in the new administration, it would likely be geared towards policies at home rather than abroad.

Stranger things have happened though. Maybe an Obama will be sent to Brussels but it will be Michelle rather than Barack, if the on-and-off speculation about her foray into politics full-time proves to be true.

As far as the UK goes, maybe Biden will decide to extend an olive branch across the aisle and offer his predecessor the ambassadorship. It would give the outgoing president more time to golf in Scotland with his best bud ‘Britain Trump’.

EU negotiators this afternoon brokered a deal on the bloc’s next long-term budget, as months of talks and years of preparation started to pay off. The political agreement now gets kicked back to the member states for approval. Check the site shortly for analysis.

Amazon illegally abused its market position in France and Germany, according to antitrust tsar Margrethe Vestager, who unveiled the results of a preliminary inquest. The Commission is also opening another inquiry into the firm’s practices.

Check out this interview with one of the prominent activists behind ongoing mass protests in Poland. For Klementyna Suchanow, the government’s attempt to limit access to abortions was the last straw.

European Council and Parliament negotiators were busy this week: they also signed off on new export rules that restrict the sale of cyber-surveillance goods to worldwide regimes engaging in the repression of human rights.

Honey harvests dropped by 40% this year due to bad weather conditions, in what is the latest blow to the beekeeping sector.

Our ongoing Special Report on how to clean up aviation’s environmental footprint continued today with this interview. No Transport Brief or vlog this week due to tomorrow’s holiday in Belgium, so catch up with the full archive here.