The Brief – Borrell gets his hearing for the defence 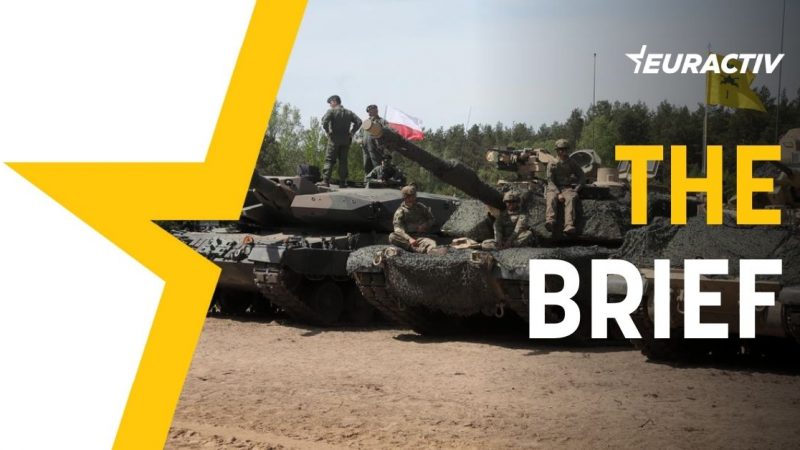 Unfortunately, not many were listening.

On Thursday, as he and Internal Market Commissioner Thierry Breton set out their plan to reform defence procurement and identify the gaps in European defence investment, it was clear that little has moved on.

“We have a problem of deep fragmentation and inefficiency in Europe,” said Borrell.

Prior to the Russian invasion of Ukraine, there was a sense in many capitals that defence spending was a waste, and a well-funded and equipped armed forces an expensive luxury. That explains, in part, why so many European states, most notably Germany, made no attempt to meet their NATO commitment of spending 2% of GDP on defence.

The NATO applications made by Sweden and Finland are not the only consequences of Russia’s invasion.

Since 21 February, 11 EU governments have announced plans to raise defence spending to at least the 2% target, working out at around €200 billion in extra spending. Germany has announced a €100 billion fund dedicated to defence acquisitions.

This is not spending for spending’s sake. Many EU members have provided Kyiv with military equipment that they will need to replace in the coming months and years. The war has allowed a number of central and east European states to finally offload some of their ancient Soviet-era aircraft and other equipment, and make space for more modern weaponry.

And while they’re about to start spending, it does not make sense for EU governments to go it alone. Joint defence procurement projects account for 11% of spending. The Commission says that it should be around 35%.

“Everywhere, we have fragmentation and duplication,” said Borrell. “The US has only one type of battle tank, we have 12.”

The Commission wants to set up a fund to offer financial incentives for European governments to work together on joint defence procurement, although the €500 million proposed by the EU executive this week is far short of what will be needed.

This is more practical than altruistic. The defence sector is a multi-billion euro industry and more spending inevitably means more lucrative contracts for defence firms.

However, around 60% of Europe’s military kit is currently bought from outside the EU and Commissioner Breton wants to establish a ‘buy European’ principle. Germany, Sweden and, in particular France, have the most advanced defence industries and would be the obvious beneficiaries.

Two years ago it was easy to discern the frustration of Borrell and others at the deafening silence that followed any attempt to push on EU defence procurement. It may have taken a war on the EU’s doorstep to persuade governments that they cannot rely only on NATO and the United States but that era of complacency is over.

As Europe struggles to decarbonise its economy and wean itself off Russian oil and gas, Namibia, one of the world’s sunniest and most arid nations, is pitching itself to the continent as an answer to its problems.

Government incentives for the installation of new fossil fuel boilers should be stopped “much more quickly” because of Russia’s war in Ukraine, an EU official explained, saying the current 2027 end date is “far too late” and must be brought forward.

In the run-up to the Seventy-fifth World Health Assembly starting on Sunday (22 May), the European Commission aims to align member state positions and ensure the EU-wide agreements are translated into WHO policies.

In other news, environmental groups claimed victory earlier this week after the European Parliament’s environment committee voted on new rules clarifying what can be counted as “sustainable biomass” under the revised renewable energy directive.

Have a look at this week’s Tweets of the Week for a recap on NATO enlargement, Northern Ireland and Re-power-EU.

Last but not least, check out our Agrifood and Tech Briefs for a roundup of weekly news.