The Brief – Call the doctor, French democracy is sick 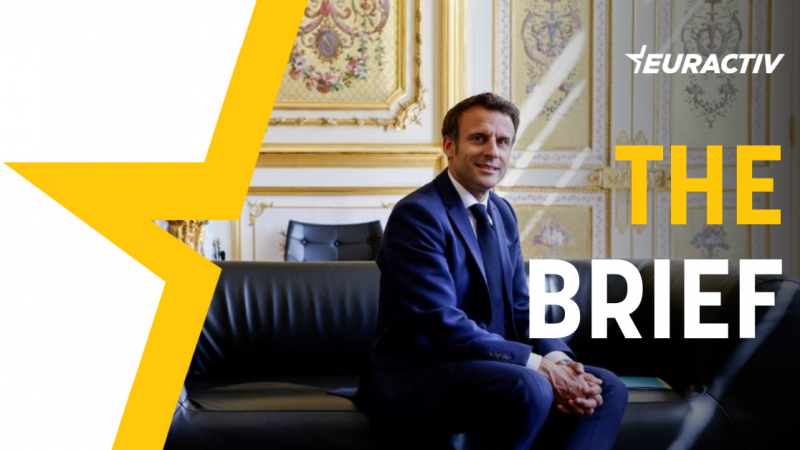 The French parliamentary elections are around the corner, and, as always, I find it difficult to explain to my fellow journalists and foreign friends how democracy works in my country.

Once I’ve given my little explanation, most of them are silently puzzled or burst out laughing.

But why? Because the electoral system set up by General Charles De Gaulle and reformed by President Jacques Chirac has led to a perversion of democracy in the land of the Enlightenment.

Let’s start with the facts: the 577 French deputies are elected through a two-round first-past-the-post system, or a version thereof.

In the second round, the system is skewed so that the more consensual candidates win out over the more radical ones. The latter, from both the left and the right, struggle to obtain representation commensurate with their electoral results.

In 2012, Marine Le Pen’s party won only two MPs despite capturing more than 13% of votes in the first round (and 17% in the presidential elections). In 2017, eight MPs and about the same number of votes.

Meanwhile, Emmanuel Macron’s party secured a very large majority, with around 350 deputies with… 32% of the votes in the first round and 49% in the second.

Result: widespread unhappiness, the people grumble and invariably – sooner or later – take to the streets. The ‘revolutionary’ spirit that slumbers in the hearts of the Gaulois wakes up every so often, even if the cause changes.

The sense of not being represented only adds fuel to the fire – and the election in June has concentrated even more bitterness, disillusionment, and hatred than the previous one.

The introduction of the five-year term in 2000 – which aligned the terms of office of the deputies and the president – and the inversion of the legislative and presidential elections have only made the situation worse.

What has become a trend since then is that the new president, riding on the wave of his election win, usually gets a National Assembly that is favourable to him a few weeks later.

And even if this were not the case, the president still has the power to dissolve parliament, prompt new elections and hope to win a majority… Marine Le Pen had hinted that she would have resorted to this practice if she had been elected president.

Those who criticise the system, once they are in power, become more royalist than the king. François Mitterrand – who spoke of General De Gaulle’s Fifth Republic as a ‘permanent coup d’état’ – himself dissolved the Assembly twice.

The system of the Fifth Republic is so tired that the idea of institutional reform is on everyone’s lips – at least for those who are sensible and attuned to popular discontent. Both Mélenchon and Macron have felt this need.

Mélenchon has been proposing for a long time – even when it was not the vogue – to move towards a Sixth Republic with a total overhaul of the current democratic system. If there’s one thing he’s got right, it’s this.

Macron stresses he is attached to the functioning of the Fifth Republic but admits the need for reform.

After promising to inject a dose of proportional representation into the legislative vote and never keeping the promise during his first term, he again declared himself in favour of it during the presidential campaign, but without promising it this time – he is learning fast.

The young president said in the campaign he wanted to set up a “transpartisan commission” to imagine a renewed democracy in France. This is not a revolutionary proposal, but it has its merits – if it is ever followed up.

Some like to describe Macron as a president who has boldness. If so, now is the time to prove it.

The best interest of the vulnerable children of Ukraine

Before the beginning of the war, more than a 100,000 children were still living in institutions in Ukraine. As they are evacuated to neighbouring countries, Eurochild is working to ensure they are placed in community based care, instead of large institutions.

To circumvent the Russian blockade on Ukrainian exports, EU leaders discuss re-channeling the million tonnes of grain stuck in Ukraine via Belarus, but this would require the EU to lift the sanctions it recently imposed on the country.

European leaders at the EU summit in Brussels agreed on €9 billion in macro-financial support for Ukraine and committed themselves to help finance Ukraine’s reconstruction but postponed decisions on the nature of the support and how it should be funded.

In an interview with EURACTIV, Witold Waszczykowski, the former foreign minister of Poland and a leading lawmaker in the European Parliament, gave a less than optimistic account of the extraordinary EU summit on Ukraine held on 30-31 May.

It is “not justified” to conclude that the herbicide glyphosate causes cancer, an expert committee inside the European Chemicals Agency (ECHA) has said, invoking widespread criticism from health and environmental campaigners.

French Interior Minister Gérald Darmanin has been in the spotlight following the outbreak of violent clashes outside the Stade de France during the Champions League final on Saturday night.

In other news, Spanish leaders are hoping that the first edition of an upcoming congress, the Global Mobility Call, will help to establish the country as a global leader in sustainable mobility.

Last but not least, check out the Transport Brief for a roundup of transport-related weekly news.