The Brief – Down with Davos 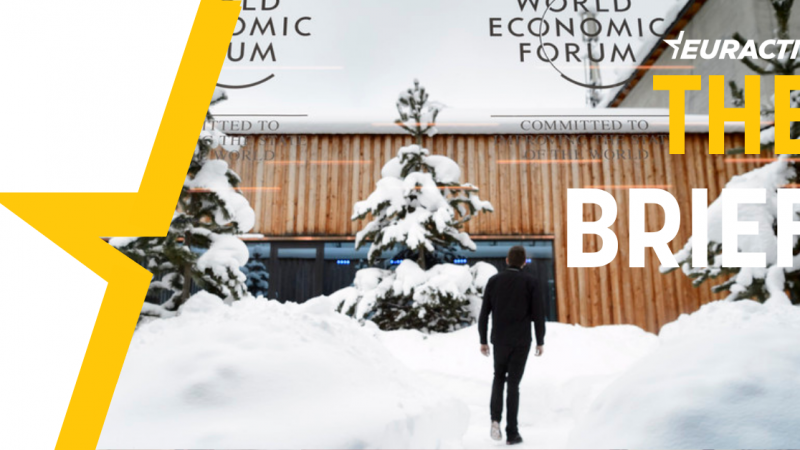 A second COVID Christmas awaits, replete with travel restrictions, lockdowns in some countries, and vaccination passports. Gloomy as the prognosis is, if you look hard enough, there is one small silver lining, at least for those of us who write about politics for a living.

The virus has, at least, spared us again from the nauseating love–in for politicians, celebrities, and business oligarchs that is the January Davos summit.

The World Economic Forum, which hosts the jet-set gathering in the Swiss alps, was cancelled this week for the second year in a row to the strains of the world’s tiniest violin. It plans to host the event in Singapore in the middle of next year, though organisers eventually abandoned similar plans to do that in 2021.

The organisers of the WEF say the annual Davos summit is designed to ‘improve the state of the world’. Fair enough, but it’s hard to recall anything other than hot air to have emerged from the Swiss Alps, which the world’s media is then expected to report lovingly. There are only so many speeches by Tony Blair and Bono that deserve to make the public prints.

The other main argument of Davos enthusiasts is that it is valuable to bring world leaders and elites together to discuss public policy. That might be true, but in the G20 and G7, World Bank spring and autumn meetings, and the Bilderberg group, we surely have more than enough taxpayer-funded talking shops for the great and the good.

Besides, bringing together billionaires and centrist politicians is not a recipe for new and innovative ideas but groupthink and the same old status quo.

Any debating society that charges €600,000, the going rate of WEF membership, is a club to avoid. The great Groucho Marx once said that he would not be in any club that would have him as a member, and he could just as wel have been talking about Davos. One of the most sensible decisions Boris Johnson made in 2020 was to ban his ministers from attending.

Of course, there are some losers. Davos is a massive money-making machine for the Swiss village, bringing in an estimated $45 million per year. We must also think about all that champagne that will remain unopened and helicopters and private jets that will stay grounded. The rest of us will just have to bear the disappointment.

After all the sacrifices that ordinary Janes and Joes have made during this pandemic, it is only fair that politicians do their bit by cancelling their chance to mingle with the extremely rich and incredibly famous.

EU countries remain divided on proposals to tighten carbon emission standards for cars and extend the EU’s carbon market to the road transport sector, with the fault line running largely between richer and less-wealthy member states. The revised regulation on CO2 emission standards for cars and vans, tabled by the Commission in July, increases emissions targets to 2030 and proposes an effective ban on the sale of diesel and petrol vehicles by 2035.

New state aid rules spelling out conditions under which EU governments are allowed to support companies on environmental grounds, boost clean energy, and phase out support for fossil fuels were unveiled by the European Commission on Tuesday.

At a meeting in Brussels on Monday, EU environment ministers criticised the Commission’s proposal for a social climate fund that would support vulnerable households through the energy transition. Their motives, however, diverged widely…

The construction sector needs to become more agile to meet the challenges of energy transition when it comes to climate change, and one of the most prominent financial instruments supporting companies is sustainability-linked bonds, writes Ebru Özdemir.

Portugal could next year approve lithium mining that will reduce Europe’s dependence on outside sources for a key ingredient in the frenetic global race to decarbonise the auto industry.

India’s Prime Minister Narendra Modi received the foreign ministers of the five Central Asian countries in New Delhi on Monday (20 December) in an apparent effort to compete with the influence of other geopolitical players in the region: Russia, China, and Pakistan.

Malta needs to end its energy isolation, but we should be looking at other options such as wind or solar rather than deals that are fossil-fuel based and linked to corruption and murder, said Matthew Caruana Galizia, journalist and director of the Daphne Foundation.

Raging seas, pitiless hours and now red tape. Refugee aid groups in Greece, some with years of experience in the field, say trying to get onto the government’s mandatory NGO registry is nothing short of an uphill struggle.

Last but not least, check out the last Transport Brief of the year for a weekly roundup of transport-related news.