The Brief – En Marche, in reverse 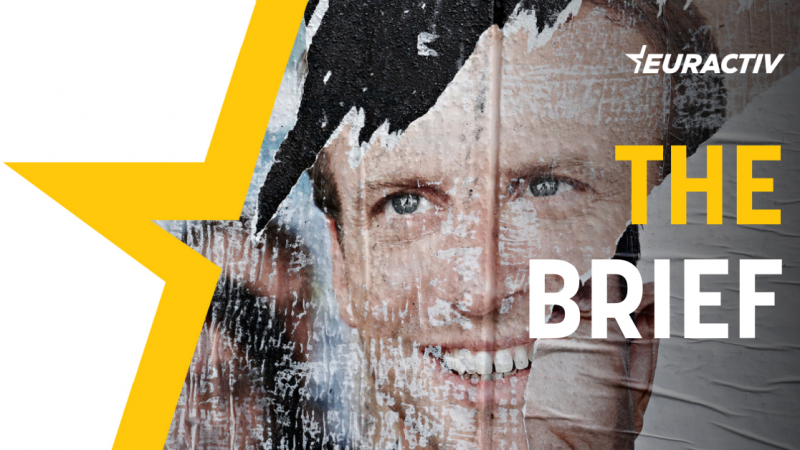 Between a high rate of abstention and a vote “against the far-right”, is Emmanuel Macron really “the worst elected president of the Fifth Republic”, as his leftist opponent Jean-Luc Mélenchon quipped on election night?

On Sunday (24 April), Macron became the new French president, elected with 58.6% of the votes in the second round, while Marine Le Pen came second with 41.4%.

While many French people (and Europeans) were relieved at a decisive defeat of the far-right, Macron’s victory is far from overwhelming compared to his triumph in 2017.

Mélenchon described Macron as “the most badly elected president of the Fifth Republic” just moments after the results were published. He was also quick to express his desire to become the next prime minister.

It is true and hardly a surprise that many French citizens voted for Macron tactically to prevent a Le Pen win.

The calls to vote for the incumbent president multiplied in the fortnight between the two voting rounds. From NGOs, politicians, and public figures, the order was clear: anything but Le Pen.

In a rare example of foreign interference in the French campaign, three EU leaders published an article in Le Monde endorsing Macron just three days before the vote. Antonio Costa, Pedro Sanchez and Olaf Scholz stood against “a far-right candidate who openly sides with those who attack our freedom and our democracy”.

But all these calls revolved around the same idea: Voting Macron “to block the far right” rather than voting for his ideas, which, by the way, he is yet to present in detail.

Voting against Le Pen: “I know”, says the president

During his (very) short victory speech on Sunday evening, the president acknowledged this with a degree of uncharacteristic humility, commenting that “I know many of our compatriots voted for me not to support the ideas I propose, but to block the far right.”

“I want to thank them and tell them that I am aware that this vote obliges me for the years to come. I am the guardian of their sense of duty, of their attachment to the Republic,” he said.

Secondly, the abstention rate among French voters reached a high of 28.01% or 13.6 million people. The last time so many French people abstained from voting in a presidential election was in 1969, following Charles De Gaulle’s resignation.

In addition, another three million people cast a blank or invalid vote.

According to an Ipsos-Sopra survey published on the election night, around 35% of the abstainers said no candidate corresponded to their ideas. Macron again recognised this and told the French that “their silence means a refusal to choose, to which we must also respond”.

End of the romance

This is clearly a far cry from the enthusiasm of 2017, and the president knows it. The challenge that awaits him is significant- he will have to reunify France, a task that is much more difficult than getting elected.

In 2017, the run-off was also between Macron and Le Pen, but the situation was completely different.

Many French people were attracted by the former economy minister, who proposed a new political project, far from the traditional parties whose popularity was waning.

Young people who could not find themselves in the values of the traditional left or the right choose Macron, himself relatively young (not even 40 at the time), and his movement En Marche.

But in five years things have changed.

The atmosphere on Sunday evening at his election camp at the Champ-de-Mars was not the same as in 2017. The applause was slow during his speech and a “party team” was strategically placed in the front row to shout “Macron president” every ten minutes.

Another looming danger: This fractured France could explode at any moment, as it did during the Yellow Vests (Gilets Jaunes) crisis in 2018.

Since Sunday, French newspapers have been reporting comments from students and former Gilets Jaunes, according to whom “it will blow up” or “it will be war” now that Macron is re-elected. The recent surge in energy prices and the reform of the retirement age of 65 have done little to quell the bubbling discontent.

Macron is aware that he will have to make more concessions during this new five-year term, especially if he wants to satisfy the left-wing electorate. He was often accused of being the ‘president of the rich’ and many French people have felt scorned and abandoned during his tenure.

But his charm offensive has already begun. He announced that he wanted to designate a prime minister in charge of “ecological planning” during his campaign, a clear wink at the green-leaning camp. On Sunday, he described his project as “humanist”, “republican” and “social and ecological”.

All eyes are now on the legislative elections, referred to as the third electoral round, which could again destabilise Macron and break the stride of his En Marche party.

Between soaring food prices and feed shortages, the war in Ukraine has rocked the EU’s agri-food sector and thrown an age-old issue back into the limelight: food security. In this video explainer, EURACTIV’s agrifood team takes a closer look at what’s going on with all things food security.

The European Commission proposed on Wednesday scrapping for one year all EU tariffs and quotas on products imported from Ukraine, in a bid to support the Ukrainian economy that is suffering heavy losses due to the ongoing Russian invasion.

The European Commission has launched an administrative procedure against Hungary because of long-standing concerns over persistent misuse of EU funds in the country, the institution announced on Wednesday.

The Commission published its long-awaited anti-SLAPPs directive on Wednesday, legislation aimed at combating the rising use of abusive lawsuits designed to silence journalists and activists.