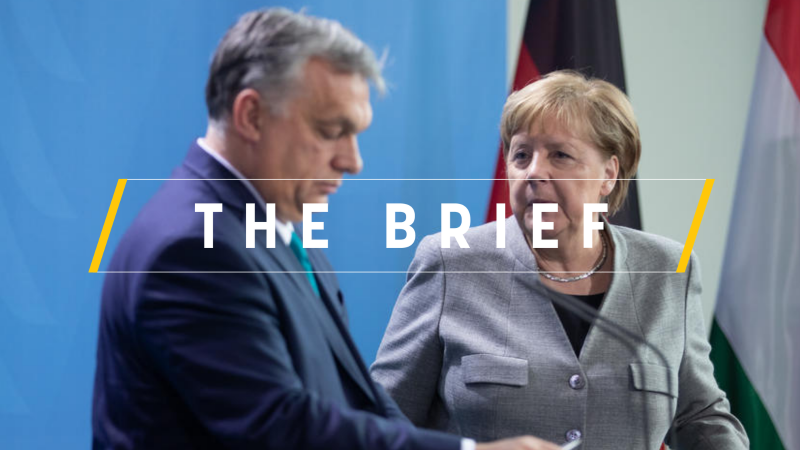 It is only too easy to say ‘we told you so’. But we did, and now it’s time to face the music.

Sweeping problems under the carpet, turning a blind eye on troublemakers, artificially extending ultimatums, postponing the migration pact; this has been the practice of the European People’s Party (EPP) for the last ten years, as its member Viktor Orbán cemented his ‘illiberal’ power in Hungary.

And now, amid a pandemic which has already caused around 270,000 deaths in Europe – and rising –  the EPP needs to explain to EU citizens why much-needed financial support to aid the recovery from the crisis is being delayed.

Together with Poland, Orbán’s Hungary on Monday (16 November) blocked the approval of the EU’s seven-year budget and recovery fund, totalling €1.81 trillion, as the two continued to oppose the rule of law mechanism attached to the granting of EU funds.

Germany may be confident that a solution can still be found, but Chancellor Angela Merkel, the actual EPP leader, bears a large amount of responsibility for the current situation.

Not only because she tolerated obstacles to Europe’s progression, but also because she betrayed those genuinely pro-European EPP leaders in her own family, fearing that expelling Orbán would only kick him into the orbit of Europe’s far-right.

EPP President Donald Tusk tweeted on Tuesday: “Whoever is against the principle of the rule of law is against Europe. I expect a clear position on this from all the EPP parties. The opponents of our fundamental values should no longer be protected by anyone.”

Speaking of values, Tusk should clarify why he is sheltering another EPP “sinner”, Bulgaria’s Boyko Borissov.

But it’s not only Tusk. Several other EPP leaders tried to kick Orbán out of the centre-right family. They failed when the necessary majority could not be reached.

Orbán clones such as Slovenia’s Prime Minister Janez Janša obviously played their role as well, by issuing threats that the EPP would lose its majority.

The EU-wide migration pact was also postponed amid fears of Orbán’s objection.

In the best-case scenario, the new pact will be approved in the next two years. In the meantime, Europe’s neighbourhood is on fire, Islamist terrorism has returned and the resolution of the migration problem in the south has been buried for good as no one knows what is happening with refugees’ COVID infections and police push-backs.

But now there is a chance, it may cost the EPP its majority but it will save Europe.

The silent ideological backing for Orbán from the other side of the Atlantic is no longer there.

Little Orbáns have been left alone trying to convince Europeans that they represent a Christian Europe while not accepting refugees.

EPP leaders like to cite Jean Monnet, one of the EU’s founding fathers — to whom the party likes to view itself as “heir” — on the role of necessity as a driving force in deepening the Union.

It speaks volumes that the plight of Hungarian media, academia and civil society in the past ten years of continuous democratic erosion have fallen on deaf ears.

Perhaps now, in the midst of one of the deepest crises the Union has faced, another of Monnet’s thoughts will come in handy: “Via money, Europe could become political in five years.”

Hungary has made no progress on implementing recommendations on corruption concerning members of parliament, judges and prosecutors, the Council of Europe’s anti-graft body said in a report.

Europe’s youth have called on EU leaders to stop putting the blame on them for the second wave of the pandemic. Instead, politicians need to see the reality of many young people being jobless, still staying with their parents and simultaneously being in the frontline in the fight against the virus.

Following an agreement between the social democrats and liberals, the Austrian capital has a new governing coalition. The partnership may seem unnatural but both sides have something to gain, while more difficult times are dawning for the ousted Greens.

On the back of a recent European Commission-funded report which called for nuance in the livestock vs environment debate, EURACTIV took a look at the importance of EU grasslands and the role of livestock in maintaining them.

Governments around the world need to urgently address this year’s 11.6% drop in biofuel output, caused by the pandemic, in order to meet transport’s decarbonisation goals, the head of the renewable energy division at the International Energy Agency (IEA) told EURACTIV in an interview.

Forestry policy was on the agenda for Europe’s agriculture ministers on Monday, which made for a heated debate since Europeans are, through their lifestyles, contributing to massive deforestation worldwide.