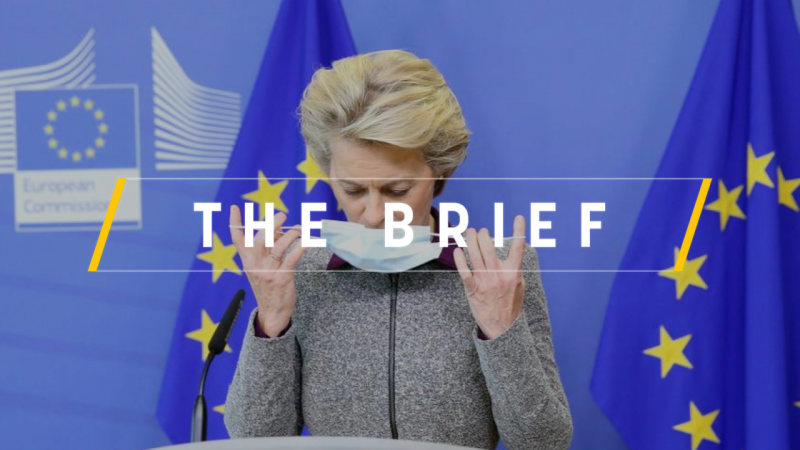 European Commission President Ursula von der Leyen’s State of the European Union speech hit all the main points expected of her, but there were also less obvious yet still interesting ideas hidden between the lines.

Away from the headline proposals that had already been leaked or suggested by her predecessor – a new climate target, scrapping unanimous voting for foreign policy, etc – von der Leyen’s speech contained some tasty food for thought.

The first was the idea of setting up a ‘European Bauhaus’: “a co-creation space” where architects, artists and others can work together to “match style with sustainability” and “give our systemic change its own distinct aesthetic”.

Given the economic downturn triggered by the pandemic, the rapidly worsening climate situation and the threat of a second wave undoing what little recovery has already happened, one would be forgiven for dismissing this as an unnecessary luxury.

But dig in a little deeper and it is obvious that our buildings – the places where we spend most of our time, now even more so thanks to lockdowns and socially-responsible homeworking – are a massive part of the problem and, thankfully, the solution.

Buildings produce 36% of Europe’s emissions and hoover up 40% of energy supply, which means that all of von der Leyen’s green ambitions rely heavily on new edifices being built up to code and, more importantly, thorough renovations for existing buildings.

For once, money is not really the problem. The EU’s new recovery fund should provide plenty of cash for subsidy schemes, so it is more of an awareness problem. Electric cars and wind turbines provide easily illustratable solutions to our energy challenges.

Disruptive building works, insulating foam and scaffolding, however, do not. So the Bauhaus idea is not a bad one, as it could help spearhead the EU’s coming ‘renovation wave’ strategy.

We can only hope that the “distinct aesthetic” the Commission boss mentioned does not fall victim to the sour effects of the ‘protecting/promoting our European way of life’ affair, which put a real dampener on her administration’s first weeks in office.

And speaking of buildings, von der Leyen could well have provided a solution, albeit unwittingly, to one of the most enduring and tedious disputes haunting the EU institutions: the European Parliament seat debate.

A small cohort of French MEPs were up in arms when the decision was made to cancel the EP’s Strasbourg plenary session this week due to the ongoing health crisis. France may yet launch legal action to prevent a precedent being set.

But the Commission president’s intention to set up a new EU agency dedicated to biomedical R&D could, if handled correctly, allow the Parliament to stay in one place and keep France happy because that agency will need a host city.

Pro-Strasbourg seaters say the local economy is heavily dependent on the monthly influx of MEPs and their legions of assistants. Given that the plenary lasts four days, it is not hard to imagine that a fully-staffed agency working five days a week could replace that infrequent cash injection.

It would also bring mighty prestige to the city. This agency is a fantastic idea and a much-needed one. EU leaders should be embarrassed at how R&D funding suffered in the recent budget talks; this would go some way to rectifying that.

Von der Leyen says she wants Europeans to start building the future they want. A literal reading of that comment is, in this case, not out of place.

A message from Eurogas: Investing in gaseous solutions is a unique opportunity to provide Europe with jobs, growth and technology leadership. Doing this makes a climate-neutral Europe possible, as gas reduces emissions in every sector connected to the grid – and the ones off it. Read more in the Eurogas study.

The European Commission wants financial firms and other companies to share more customer data to create a “broader open finance space” with new services for citizens, according to a draft of the Digital Finance Strategy seen by EURACTIV.

Also take a look at our latest edition of the Global Europe Brief, featuring an analysis of the foreign affairs talking points of this week’s State of the European Union speech.

The European parliament with overwhelming majority praised Georgia’s progress but called on the EU and NATO hopeful to press on with justice reforms and depoliticisation of the judiciary.

The European Commission will present detailed proposals to reduce carbon emissions in the EU by 55% below 1990 levels by 2030. While German industry officially welcomes the new ambitions, it is also clearly sceptical.

The lack of a fit-for-purpose regulatory framework on nanomedicines and their “generics” poses risks for the safety of EU patients and the European Commission should urgently look to address this, the director of the European Alliance for Access to Safer Medicines (EAASM) has said.