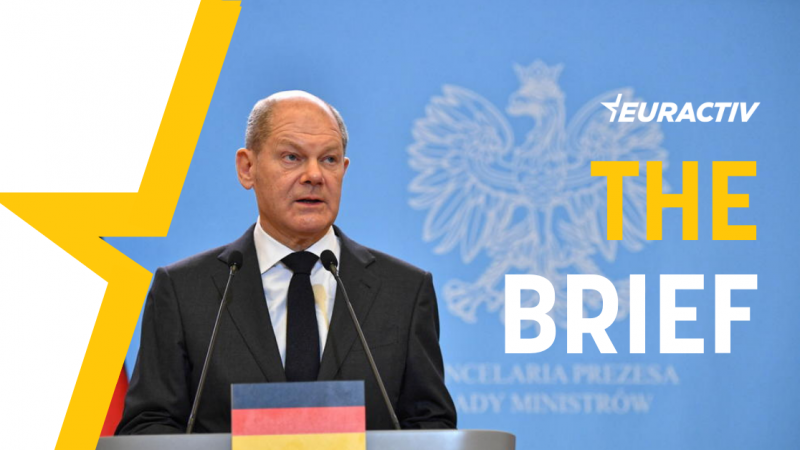 In an emerging multipolar world, Germany will need to be more assertive to defend European and transatlantic values. However, it remains to be seen if the new Chancellor Olaf Scholz will rise to the occasion, and the first signs are not too promising.

The current military built-up at the Ukraine border, one of the main talking points at tomorrow’s European Council meeting, will be the first occasion for Scholz to prove that he is able to take a tough line on Russia. His statements so far, however, are pointing more towards continuity with Angela Merkel’s cautious foreign policy approach.

When Merkel took office in 2005, the assumption of the eminent ‘end of history’ and the inevitability of the global triumph of democracy was still vibrant in the minds of European policymakers and leaders.

Today, with the rise of China and an increasingly revisionist Russia, there is no doubt that ‘history’ has returned and the globe is entering an era of renewed international geopolitical competition.

For Russia, the writing on the wall has been there since the Russo-Georgian war in 2008, yet Merkel kept on with her conciliatory approach, offering her hand to Putin and his minions in order not to alienate Russia from the transatlantic community.

This was especially visible in her approach to the Nord Stream 2 pipeline, where she steadfastly cooperated with the Kremlin much to the dissatisfaction of the US and France.

Germany has often been free-riding on American security: Leave the unpleasant diplomatic and military pressuring of Russia to the US, while Germany remains open to bringing Russia back to the negotiating table.

However, with Washington shifting its attention to the East, Europe needs, more than ever, a more resolute German approach towards Russia.

Already in 2011, then Polish foreign minister Radoslaw Sikorski said: “I fear German power less than I am beginning to fear German inactivity.”

And indeed, initial statements from Scholz and his SPD point towards more of the same in dealing with Russia.

His comments on Nord Stream 2, for instance, largely resemble those of Merkel. He said Ukrainian energy security would be a concern for his government but refrained from taking a clear position on the matter.

The Scholz administration is even considering embracing the foreign policy approach of former SPD chancellor Willy Brandt, who defined the ‘new Eastern policy’ of Germany in the 1970s and formed the basis for the rapprochement with the USSR.

While this rapprochement policy and the emphasis on peace worked in the 70s, they are outright dangerous in an increasingly hostile environment where Russia is working towards readjusting European borders in its favour.

With the US preoccupied with China, Europe needs a Germany that is taking a tougher stance on Russia and drawing red lines to ensure European security, instead of pushing for more rapprochement towards the Kremlin.

Stay tuned at EURACTIV to see which approach Scholz adopts in his EU debut on Thursday.

The European Commission on Tuesday (14 December) unveiled four initiatives aimed at readying Europe’s transport network for a low-carbon future – a set of proposals hailed by Greenpeace as “exceeding expectations” when it comes to promoting rail transport. The “efficient and green mobility package” proposes upgrades to the EU’s main transport routes, a revision of the intelligent transport system directive, a new framework to boost clean mobility in cities, and support for long-distance and cross-border passenger rail.

The European Commission on Wednesday (15 December) unveiled a package of gas legislation that aims to steer Europe away from fossil gas towards more sustainable energy sources, like renewable and low-carbon hydrogen. To reach its aim of net zero emissions by mid-century, Europe needs to drastically increase the level of electrification across the economy, but the European Commission says there will still be a need for gas in certain sectors that are difficult to electrify, like heavy industry and transport.

A new recommendation to the Dutch government suggests a hybrid risk approach on Legionella bacteria monitoring in implementing the new EU’s tap water rules at member state levels. Detecting bacterial cultures of Legionella was one of the prominent bones of contention during interinstitutional negotiations on the revision of the Drinking Water Directive (DWD), which updated parameters of water quality set more than 20 years ago.

The recent hike in energy prices has triggered deep concerns across Europe. While the root cause lies in the global gas prices on which the EU still relies for over 20% of its energy needs, the consequences have fallen on all consumers, including households, which have seen unexpectedly expensive energy bills.

It is the start of a new era in German football: a female chief at the helm of one of the largest European football leagues and mandatory sustainability criteria for the 36 biggest German clubs.

The European Parliament has pushed back a key vote on the details of the Common Agricultural Policy (CAP) reform to January to allow time for proper scrutiny, going against the Commission’s wishes to speed up the procedure. With deadlines looming large for the next steps of the CAP reform, the European Commission pushed for what is known as an “early non-objection” vote on two cornerstone pieces of CAP-related secondary legislation, the so-called ‘delegated acts’.

Moldova aspires to join the European Union and the former Soviet republic has told Russia that this is its choice, Moldovan President Maia Sandu said on Tuesday (14 December), ahead of the Eastern Partnership summit. Her comments in an interview with Reuters were her clearest public remarks on Moldova’s pro-Western course. Since Moldova won independence from the Soviet Union in 1991, pro-Russian and pro-EU politicians have vied for control.

Like every Wednesday, check out our Green Brief for a roundup of weekly news.

One response to “The Brief, powered by Goldman Sachs – Ukraine is litmus test for Scholz’s new foreign policy”