The Brief, powered by logos – The watchdogs of democracy 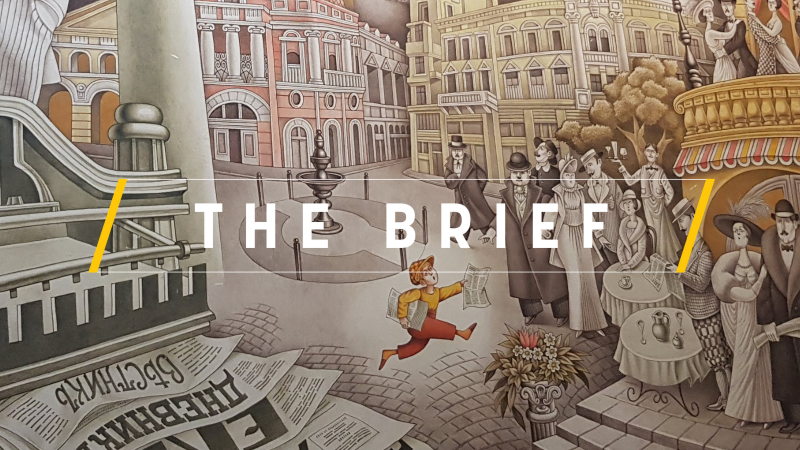 European Commission Vice President Věra Jourová has called journalists “the watchdogs of democracy”. She was speaking at a conference dedicated to the media situation in Bulgaria – the most problematic country in terms of media freedom in the EU.

When journalism is silenced, it is hardly surprising if corruption blossoms, if the economy falters, and living standards collapse. It is not by chance that Bulgaria is the country where the perception of corruption is the highest, and the living standards are the lowest in our Union.

But as one of the participants said, without rule of law, there is no media freedom. Many may not remember, but it was journalists who asked the EU, more than five years ago, to create a Rule of Law mechanism.

A Union is like a chain, as strong as its weakest link. Mafia is international, it knows no borders. It contaminates huge areas faster than the coronavirus.

It is in the EU’s interest to sort out internal rule of law problems of its member states – and that includes media freedom, as we have seen in the recent, first-ever, Commission reports on rule of law in the 27 member states.

A journalist who attended the Bulgaria conference alongside Jourová stressed that the EU can play a huge role, because the battles are often lost at the national level.

In Bulgaria, but also in other countries, even very good journalists accept (they have no choice) not be a service to society but to serve the media owner or the government, which directly or indirectly controls a huge part of the media.

And governments often misuse EU funds, channelling them to the friendly media. A journalist has gone as far as asking the EU to stop any funding for the media, since it is so blatantly misused.

The Commission’s power is in stopping EU funds. And there is no need for heavy and complicated mechanisms, requiring quasi-unanimity of member states. The Commission can do it on its own – if it has the courage and if it doesn’t play political games.

Journalism has a big role to play in exposing corruption. In Bulgaria, despite everything, there are world-class investigative journalists – and they need support. All they are asking for is the Office of the European Public Prosecutor to read their reports.

MEPs voted to exclude fossil fuels from the EU’s €750bn-strong virus recovery fund. A full vote on the entire package is due in mid-November.

Watch out for the publication of the Commission’s chemical strategy tomorrow. Here is a breakdown of what to expect from the plan, which targets a “zero pollution” approach.

EU ministers adopted a coordinated approach to restrictions of free movement made necessary by the pandemic. It has been a hot topic for France’s border residents who have suffered from their closure during the lockdown.

The WTO authorised $4bn in retaliatory tariffs in the latest chapter of the drawn-out Airbus-Boeing dispute. It is now up to the Commission to decide on the next steps. Check the site later for the full story.

In Groundhog Day news, little progress was made between the EU and UK in the Brexit talks. Another delightful knock-on effect of the divorce mess is that Britain is no longer king of the Erasmus destinations. More details here.

A first survey into the effect of the coronavirus on regional and local level decision-making has unsurprisingly shown that the pandemic risks widening divisions between different areas of the EU.

And here is your weekly dose of Transport Brief and this edition of the vlog, which this time looks at what motorsport can tell us about where the car industry is going. Check it out here!