The Brief – An inevitable betrayal 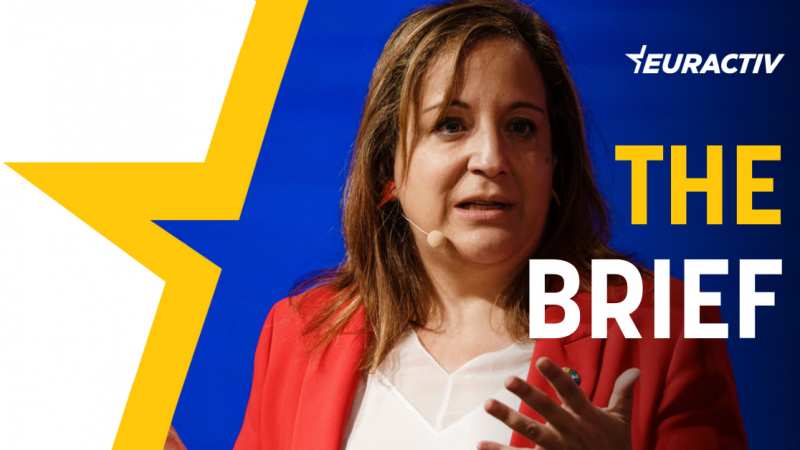 Following the 2008 economic crisis, Europe’s socialists suffered a series of election defeats across the bloc. Back then, they put the blame on the “grand coalitions” they had formed with the centre-right in many countries.

After the latest German elections, they made a powerful comeback. However, just a few months later, they reverted to type; cutting a deal with the EU centre-right and electing the European People’s Party’s MEP Roberta Metsola as the new European Parliament president, invoking a cross-party agreement that will “ensure a stable working majority”.

Their Green comrades also had a candidate, but it wasn’t meant to be. Despite the Socialists’ nominal push for progressive coalitions and the fact that they have been voting in coordination with the Greens in the European Parliament for most of the last decade, the S&D group threw the Greens under the first bus that came along.

“It was a deal behind closed doors since the beginning of this Parliament’s mandate […] with this move they clearly undermine a progressive coalition,” a source from the Green group told EURACTIV.

“In any event, the current leadership of S&D takes orders directly from Madrid,” the source said, hinting that S&D chief Iratxe García is just a pawn of Spain’s Socialist Prime Minister Pedro Sánchez.

Earlier on Tuesday, the Green group co-president Philippe Lamberts lashed out against the S&D, saying the election of Metsola only confirms the old understanding between S&D and EPP.

“The battle should be about what values the Parliament should embody but ultimately it was just the distribution of positions,” he said, adding that the Socialists were just “hungry” for political posts in Parliament.

It seems that the EU’s Socialists always betray their “traditional allies” from the left, unlike the conservative and centre-right forces, who always stick together in times of crisis.

When Socialists are struggling for votes, they invoke their green, leftist roots and eye progressive coalitions. When they rebound, they behave like the EPP in disguise.

There is little difference between EPP leader Manfred Weber supporting Silvio Berlusconi for Italian president or Iratxe García remaining silent over Turkey because Sánchez had apparently asked her to do so to protect Spanish arms exports to Ankara.

The next socialist hypocrisy will almost certainly be about the revision of the EU’s Stability Pact and fiscal rules. Only this time, there is no external enemy and they will have to fight each other, the social-democrats from Germany against Spanish socialists.

Maltese MEP Roberta Metsola was elected on Tuesday (18 January) to lead the EU institution for the second half of its five-year mandate after securing an overwhelming majority in the first ballot.

The success of the Conference on the Future of Europe (CoFoE) depends on the geographical spread and depth of the debate and proper follow-up, EU stakeholders warn. MEP Sandro Gozi (Renew, FR) and stakeholder in the conference, told participating citizens that, “the wider the debate, higher the participation, more intensive the initiative, more widespread the events, the stronger is our chance to have a proper follow-up to this exceptional process,”

The European Commission has released a toolkit to tackle foreign interference in research and innovation (R&I), identified as a growing threat in an increasingly internationalised field. The toolkit offers guidelines to Higher Education Institutions (HEIs) and Research Performing Organisations (RPOs) to develop strategies to prevent, identify and respond to foreign interference threats without restricting international collaborations crucial to academic work.

The COVID-19 pandemic has strained the mental health of Europeans and suicide amongst young people is rising, but in a number of countries, national health authorities have provided only patchy responses so far, according to EURACTIV network reporting.

Kazakhstan’s Foreign Minister Mukhtar Tileuberdi said on Tuesday the situation in his country was normalising, following the unrest that shook it in the first days of the new year, and Russian troops, which he said helped prevent a possible coup d’etat, were withdrawing.

Over time, the European Commission has developed many different sets of metrics to measure progress on economic, social or environmental objectives. The challenge now is to develop a common narrative and a set of indicators that brings all of them together writes Jonathan Barth.

The nuclear industry’s announced renaissance to “save the climate” would mean building 600 to 700 new reactors worldwide, significantly increasing the risk of an incident with cross-border implications, write Horst Hamm and Charlotte Migeon.

Last but not least, don’t miss our weekly Transport Brief!

One response to “The Brief – An inevitable betrayal”