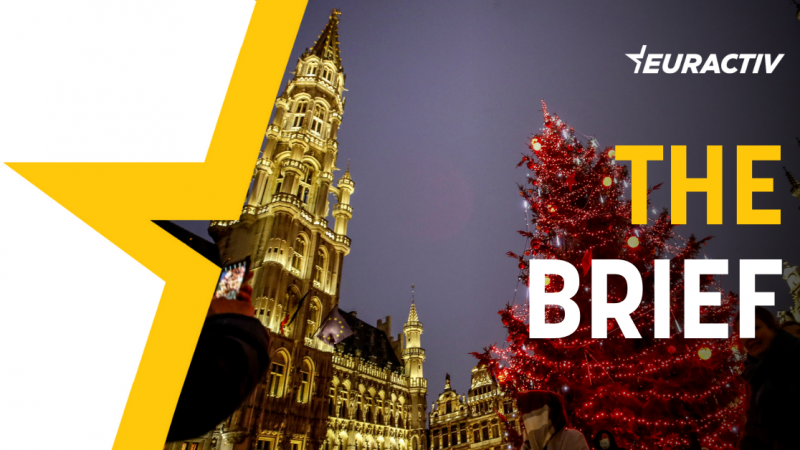 Have you checked your office emails recently? You probably got many seasons greetings. But did you notice: Some wish you “Merry Christmas” while others say “Happy Holidays”. It’s a matter of corporate policy. And often, the greetings are a political message too.

This is not incidental. In October, the EU Commissioner for Equality, Helena Dalli, tabled in the European Parliament proposals for “inclusive communication”. Among other things, the document cautions that “not everyone is Christian” and that instead of “Christmas”, we should say “holidays”.

Under fire from many MEPs, notably by the Christian Democrat EPP, the socialist Commissioner withdrew her proposals, saying she would continue working on them. But the outcry was huge, especially in the Italian press.

Even Pope Francis called the EU proposal an “anachronism”, reminding of attempts by dictatorships who have tried to diminish or forbid Christmas.

“Think of Napoleon: from there… Think of the Nazi dictatorship, the communist one… It is a fashion of a watered-down secularism, distilled water… But this is something that hasn’t worked throughout,” Pope Francis said.

The author of this Brief spent half of his life under communism in Bulgaria and Romania. Christmas was not exactly forbidden, but people were discouraged from going to church, especially for the Christmas midnight mass on 24 December, the high point of the celebration in the Christian world.

Religion was the enemy because communism was supposed to be a religion. Father Christmas, or Santa, did not exist. He was replaced by Father Frost, who brought presents to the children on New Year.

My friends and I were not religious, but we went to church on 24 December as a sort of rebellion because it was fun. In Romania, boys and girls could kiss coming out of the church, even without introductions.

The Flower Power movement also influenced my generation, and our favourite Christmas carol was John Lennon’s anti-war hymn ‘Happy Xmas (War Is Over)’. John Lennon was not religious, but he was our god – and still is.

After all, Christmas is about peace in the world.

After the Berlin Wall fell, I had no stomach to go to church for Christmas because it was the time when churches became packed with politicians who had jumped on the free-riding religion train. Most of these people were not religious either, but they wanted to appear on TV and newspapers holding candles. I did not want to be in such company.

Still, today I feel uncomfortable when I receive “Happy Holidays” greetings, and I say this knowing that the EURACTIV corporate communication, like so many others, has also chosen this formula. My friends and I have been denied Christmas for decades, and I see it as an offence if it is taken away from me again, in any form.

Living under a dictatorship makes one cautious of attempts to impose political correctness that often offends common sense.

Christmas is a family holiday, a time for a family reunion. Adding insult to injury, the COVID Omicron variant prevents many of us from family reunions, as we should refrain from travelling.

Skipping the Christmas family reunion is bad.  Not calling Christmas by its name is worse.

I would like to wish everyone, on behalf of EURACTIV and myself, a Merry Christmas and a Happy New Year!

**The Brief takes a well-deserved break today and will be back in your inboxes on 10 January. In the meantime, stay tuned @EURACTIV for our annual policy lookaheads and other news, starting from 27 December.

Russia wants to avoid conflict with Ukraine and the West, President Vladimir Putin said on Thursday, demanding an “immediate” response from the United States and its allies to Moscow’s demand for security guarantees. “This is not our (preferred) choice, we do not want this,” Putin said at his annual news conference when asked about the possibility of conflict with Ukraine.

A new Lancet publication found that most European clinical trials were too small and did not provide meaningful results on the COVID-19 pandemic. According to one of the study’s authors, this showed how the world failed in clinical research response.

Despite gaining increasing policy recognition, soils are in a sorry state across the world. According to current estimates, 33% of the Earth’s soils are already degraded while more than 90% are at risk of becoming degraded by 2050. One way in which farmers are working to address these issues is via no-till, or reduced-till, agriculture.

Meanwhile, labour rights violations and environmental damage remain acute problems in European food production, as claimed by a recent report on the Spanish pork chain, which farmers have criticised as presenting a distorted picture.

Despite the importance of history teaching to understand our past and present, Matjaž Gruden, Director of Democratic Participation of the Council of Europe, worries that it is falling down the list of priorities in education across Europe. “One particular challenge is that we are minimising the importance of history teaching as part of overall education, and especially democratic culture in our schools in many countries,” he told EURACTIV.