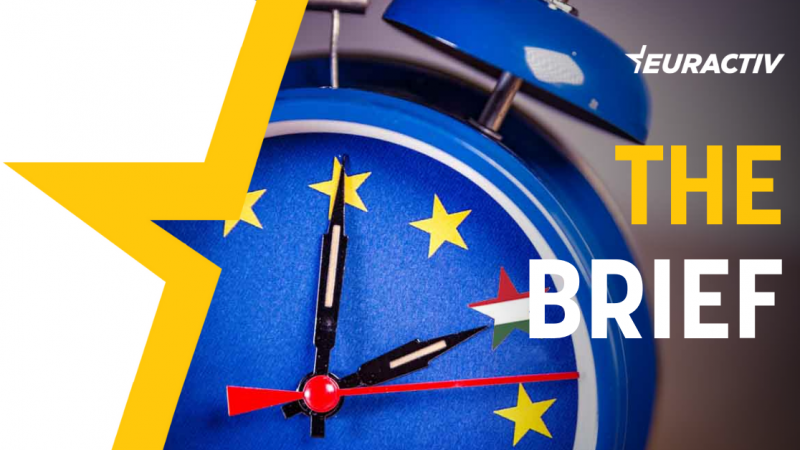 It might seem like the penny has dropped, and it’s all clear now: Poland and Hungary have lost and will be deprived of millions of euros from EU funds for their rule of law shortcomings. But don’t hold your breath just yet.

In the latest step in the EU’s rule of law saga, the EU’s top Court dismissed Budapest and Warsaw’s complaint about the bloc’s new mechanism linking fund disbursal to the rule of law to protect the budget.

The Hungarian Justice Minister Judit Varga, in turn, accused the judges in Luxembourg of having made a “political decision” based on their dislike of Hungary’s law banning LGBTQI portrayal to minors, for which the country plans to hold a referendum on 3 April, the same day as the national elections.

Many observers quickly pointed out that Varga appeared to live in a parallel reality.

However, they failed to note Varga’s repetition of Prime Minister Viktor Orbán’s statements comparing his government’s current plans to hold the referendum on the LGBTQI law together with national elections to the 2016 referendum on EU migrant relocation plans.

“Let the Hungarian people decide. We know that there was a similar situation four years ago on the migration issue when a referendum and then parliamentary elections closed the debate for good. This will be the case again because the decision of the Hungarian people must be respected and accepted even by Brussels, by the Brussels bureaucracy,” Varga said.

The truth of the matter is perhaps best summed up by the Hungarian government’s chief spokesperson, minister Gergely Gulyás.

He said “the conditionality procedure is primarily a political instrument because, in fact, the Commission has had everything at its disposal for the last 15 years to suspend EU funding, EU money, if the financial interests of the EU are damaged. It has not done so so far.”

Those standing on the opposite side of the rule of law debate have made the same point before. While the conditionality regulation may be the newest and sharpest tool in the box, it is by no means the first.

For example, the 2013 common rulebook for the EU’s structural funds (about a third of bloc budget) foresaw “financial corrections” (read: money withdrawal) for “the protection of the Union’s financial interests”.

As always, it all boils down to political will, and signs are emerging that the Commission intends to use the full flexibility of time to muster it (read: kick the can for as long as possible).

Two weeks before the court decision, EU justice chief Didier Reynders was already citing the maximum allowed periods in the regulation (three months) as a fait accompli, omitting that there is also the one-month option too.

We had already seen a similar trick when the European Commission opted to send letters of information in November, presenting the move as an essential step.

In fact, the letters were an optional move the EU executive could employ either before or after triggering the conditionality procedure.

When discussing the court’s Wednesday judgement, Hungarian liberal opposition MEP Katalin Cseh compared the rule of law situation in the EU to the governments’ protracted “assessment” of an extinction-level asteroid approaching the Earth in the recent Don’t Look Up Netflix movie.

While that might be true, the slow completion of tools and the glacial pace of the Brussels machinery is unlikely to produce the speedy solutions needed to stop the obliteration of the EU legal order by the Orbán and Kaczyński asteroids.

While still a tough pill to swallow, the EU “convergence machine” is unlikely to be fixed from office buildings spread across the continent.

Perversely, the Hungarian government is right. Budapest’s “battle” with Brussels will likely be resolved in one of the votes in April, like the government said, but not in the referendum.

European and African leaders come together for a long-delayed EU-Africa summit in Brussels on 17-18 February in an attempt to frame the two neighbouring continents’ partnership with several initiatives, agreements and investment pledges. Read our special report here.

One year after France’s cybersecurity strategy launch, the Cyber Campus opened its doors on Tuesday. It aims to become an innovation hotspot to improve the country’s resilience and accelerate its ecosystem. EURACTIV France reports.

France’s far-right parties have never been so powerful in the polls as they are now, yet the wars being waged within the two biggest camps risk jeopardising the chances of their candidates reaching the second round in the presidential elections. EURACTIV France looks into what distinguishes their electorates.

While continuing negotiations and exploring all diplomatic routes, should Russia choose the path of war, the EU is prepared, said the heads of the EU institutions during Wednesday’s (16 February) plenary debate in European Parliament.

A ‘continued physical presence’ of European representatives on the ground in Ukraine over the coming days and weeks could prevent an escalation, according to a letter sent on Tuesday (15 February), seen by EURACTIV.