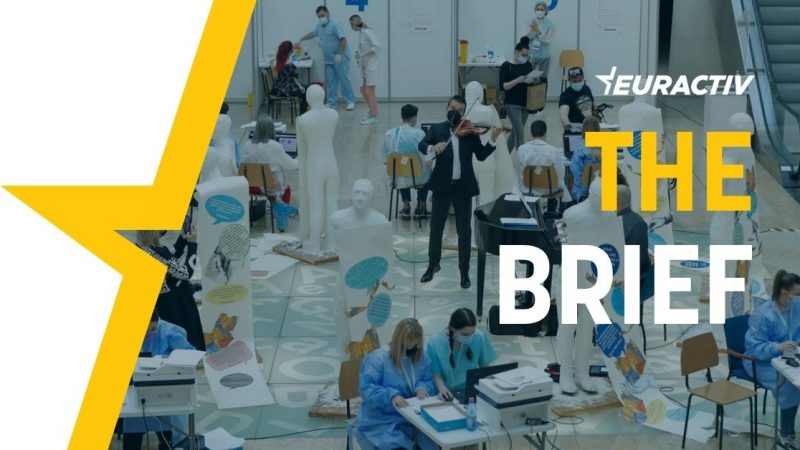 The Brief takes its own summer holiday from today. In practice, few will be jetting off to somewhere warm. COVID-19 case rates are still stubbornly high, travel restrictions are still tight, and most of us will be staying at home, again.

That’s good news for domestic tourism and hospitality sectors who have effectively lost a year’s business. In the UK, between a third and a half of pubs and restaurants are likely to have gone bust since the start of the pandemic.

First, the optimism. Progress has been made.

After the embarrassment of January and February, when the European Commission was caught out in the race to procure vaccine supplies and, panicked, imposed export restrictions that harmed the bloc’s international reputation, the vaccination rate has increased. Most adults across the EU are now double jabbed.

Meanwhile, most economies have bounced back, although Europe’s main economies will not return to pre–pandemic output for at least another year. At EU level, billions of euros will start to flow to national treasuries under the Recovery and Resilience Fund.

But massive deficit-fuelled spending cannot last forever. In the coming months, and next year, we are likely to see a more concerted push by Europe’s fiscal conservatives to rapidly cut back the admittedly expensive stimulus measures that have prevented collapse.

Hawkish economists are back on inflation watch. The challenge is to ensure that the plug is not pulled before businesses are ready.

Elsewhere, outside Europe and North America, vaccination campaigns have been painfully slow and there is little sign that this will change.

COVAX, the international vaccination initiative, is badly overstretched. Most developing countries will struggle to vaccinate more than a small fraction of their populations by the end of the year.

This week, meetings at the World Trade Organisation broke up without agreement on whether to waive, temporarily, patent protection on COVID-19 vaccines which would allow countries to mass produce their own supplies of generic vaccines.

The pandemic may have encouraged a Fortress Europe or, across the Channel, Fortress Britannia mentality to take root, but this is misplaced.

Until there is a more equitable rate of vaccination, most travel restrictions to and from Europe will remain strictly in place. That will drag on tourism and the aviation sector, but also on trade and political relations.

The EU and a handful of wealthy nations have been accused of “vaccine apartheid” in recent months, and of hoarding jabs for themselves. It is a toxic charge, but not unfair. As has been repeated ad nauseam, the pandemic isn’t over until it is over for everyone. It’s still true.

In the meantime, we at EURACTIV wish our readers health and happiness. Roll on late August.

Before we all leave for a well-deserved summer break, feel free to check out our Summer Review, a collection of the best stories, videos, and events we’ve had so far this year.

The COVID-19 pandemic has accelerated the digitalisation of education, which is set to continue as students return to school, but the safeguarding concerns it has raised also remain.

The protest party that won Bulgaria’s 11 July election surprisingly nominated a little known businessman to be the country’s next prime minister on Friday (30 July). According to the Constitution, Parliament needs to approve the new cabinet in the next seven days.

After French Agriculture Minister Julien Denormandie announced a ban on the culling of male chicks, questions arose as to how feasible such a move would be, particularly regarding the cost and adopted technique.

Max Schrems, the privacy activist who brought down the EU-US Privacy Shield data transfer agreement, spoke to EURACTIV Germany about his new case against Facebook, which he hopes could turn the tech giant’s entire data processing model upside down.

A top German court has ruled that Facebook acted illegally in taking down racist posts and blocking the account of their author because the social network failed to inform the user or give a reason for shutting them down.