The Brief – The battle for hearts and minds rages on 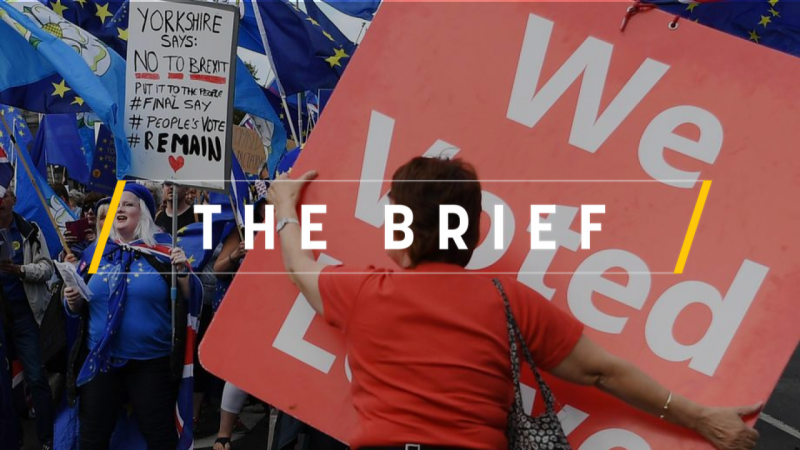 The four year anniversary of the Great Liberation – or Great Unpleasantness – depending on your point of view, passed without much comment this week. For those in the UK, and most of Europe, who were heartily fed up of the never-ending futility of Brexit, that is cause for some celebration.

Many pundits, mostly Eurosceptics, continue to talk about ‘when Brexit happens’. Of course, aside from the P45s for the UK’s MEPs, nothing much has changed. One of them, the arch Eurosceptic Dan Hannan, once described Brexit as ‘a process rather than an event’.

It’s hard to argue with his logic.

That underscores the fact that although Brexit is now reality, and all but the most committed of Remain supporters have accepted that the UK is officially out, the battle for hearts and minds has not been resolved.

A second referendum may have been killed stone-dead by Boris Johnson’s decisive win in December’s election but that hasn’t stopped some pollsters from asking the question in surveys.

The answer, surprise, surprise, depends on how the question is framed.

It was ever thus.

David Cameron wasn’t the first prime minister to think that a referendum would put the vexed question of Britain and Europe to rest. The 1975 referendum was supposed to have that effect. It very much did not.

Eight years later the Labour party’s manifesto included a commitment to take the UK out and, in the early 90s, a youthful Nigel Farage and UKIP entered the political fray.

As the UK’s pre-eminent polling guru Professor John Curtice put it this week: “the truth is that very few of us have changed our minds over the last four years despite the intensity of the debate.”

Since 2016, very few people have changed their minds.

The real action was among those people who did not vote in 2016 – and who showed a clear preference for Remain, particularly from the point where the unfortunate Theresa May – remember her? – called and lost the snap election she expected to give her the kind of dominance that Johnson now enjoys.

“One of the questions we will ask in the longer term is how effective was the Brexit process in implementing public opinion,” says Curtice.

The dust will have to settle and the nuts and bolts of a new trade and political relationship will have to be a daily reality for Britons before we start to understand what the answer will be.

Coronavirus has blown Brexit off the park in terms of preoccupying people’s minds. But it would be a brave person to assume that in five or ten years time we won’t be talking about Britain and the EU again.

Hot on the heels of Lufthansa’s mega-bailout getting the green light, the Dutch government revealed its own aid package for national carrier KLM. Air France bid au revoir to the last of its A380 super-jumbos.

Europe’s average car and van emissions increased in 2019 for the third year in a row, while the International Energy Agency acknowledged that although coronavirus is good for emission levels in the energy sector, it stands to curb green investments for the future.

People are getting more disillusioned by the EU’s pandemic response, according to a new poll, whose authors insist that the bloc should frame its arguments in favour of more integration in different way from now on.

Debt relief is an important issue given the economic impact of the virus. The EU is among a group of countries pushing for a relaxation of the rules governing the practice.

The three candidates for the Eurogroup presidency all declared their interest yesterday. Here are the details on who they are and how good their chances are of getting the nod.

Former Ukrainian President Petro Poroshenko is set to be questioned ahead of a looming date in court. Check out this op-ed debunking the Hungarian government’s claims that it is being victimised by the EU institutions.

Our Special Report on the future of clean mobility wrapped up today with a look at how Finland is Europe’s battery-making Shangri-La. Here is a glimpse of the future of automated driving.

And check out the latest Agrifood Brief and this week’s edition of Tweets of the Week.