The Brief – The lost art of the honourable resignation 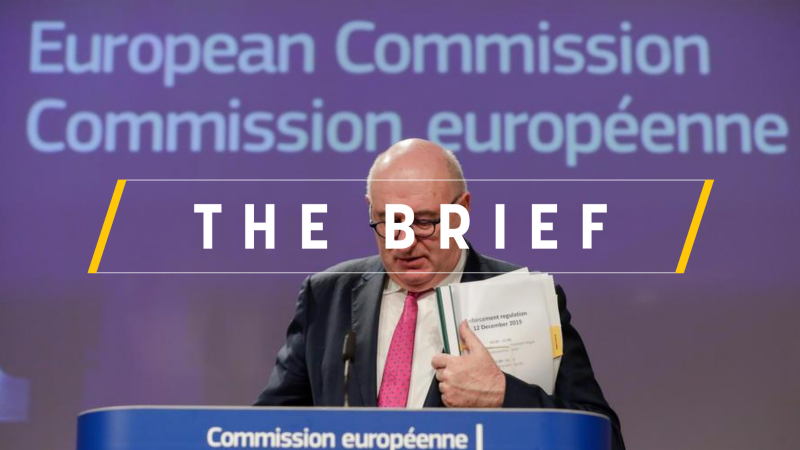 On the face of it, attending a parliamentary golf society dinner must rank near the top of the list of the stupidest things to lose your job over. Indeed, in the pre-COVIDd era, it would have been unthinkable.

It’s hard to see why Hogan or, indeed, the other Irish politicians and Supreme Court justices who attended the 80-person shindig in Galway thought what they were doing was sensible.

We can only hope for their sakes that the food was spectacularly good, though golf club dinners have a reputation for being more like boys’ boarding schools than fine dining.

Hogan spent several days trying to ride out the criticism before throwing in the towel on Wednesday evening.

Even so, his decision to stand down falls into the category of the ‘honourable resignation’ – a standard that used to be the norm in public life in less cynical times.

In the era of the ‘honourable resignation’, politicians quickly fell on their sword if they made a major mistake. The practice was, needless to say, not entirely altruistic.

Resign gracefully and apologise before a scandal becomes really toxic and the public quickly forgive you and forget what you did wrong in the first place. The result: a politician could be back in a government job within a year.

Increasingly, however, politicians of all colours prefer to tough it out instead. But trying to ride out the criticism for breaching COVID-19 rules era carries a major risk to public health as well as to a political career.

Being disciplined about keeping to social distancing guidelines, wearing a mask and avoiding large social gatherings has saved thousands of lives.

If politicians and their powerful advisers are allowed to make a monkey out of the rules that the rest of us must follow, then it should surprise nobody when public consent for restrictions on their freedom disappears.

Public support for UK premier Boris Johnson and his government’s handling of the pandemic has not recovered since Johnson’s chief adviser, Dominic Cummings, decided to break the lockdown rules by driving four hours to his parents’ property at the height of the crisis.

Johnson, like Donald Trump and an increasing number of European governments, prefers the ‘never explain, never apologise’ approach and he backed his advisor to the hilt. The result is that fewer Britons will respect and comply with new restrictions should they be imposed in the coming months to control the pandemic.

In contrast, by moving swiftly, the Irish government has probably ensured that it retains public support for its COVID-19 response. While we are facing this pandemic, the least our political leaders can do is revive the honourable resignation.

EU foreign ministers are meeting in Berlin later on Thursday to discuss Turkey and other challenges in the EU’s neighbourhood. Our analysis from Berlin argues that this is a defining moment for the bloc’s foreign policy.