The Brief – The new German triumvirate 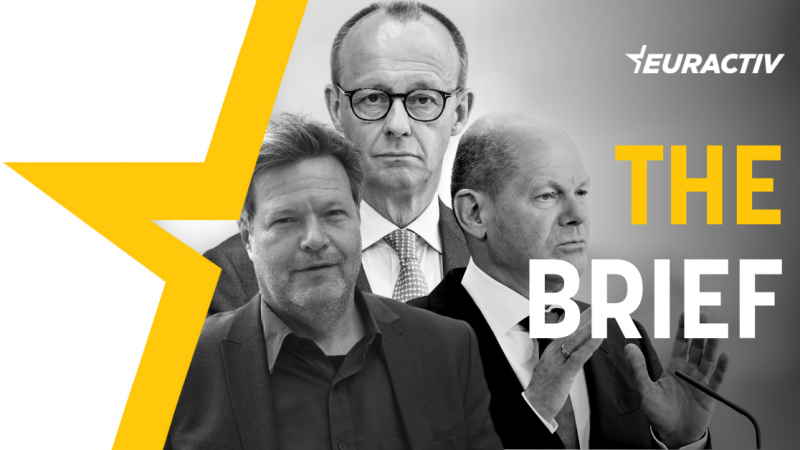 The traditional “big tent parties” in Germany are the conservative CDU/CSU and the old lady SPD. For the longest time, the German political system was bipolar, with the liberal FDP often playing kingmaker with less than 10% of the votes.

Now, after some 13 million voters cast their ballot in North Rhine-Westphalia (NRW) on Sunday, one thing has become painfully clear. Another party has laid a firm claim to a top-three position for the coming decade: the Greens.

The Greens managed to almost triple their 2017 results, despite being led by a relatively unknown candidate with just 8,000 followers on Twitter.

The key takeaway from this? The Green surge was driven by the popularity its ministers and other leading politicians enjoy, combined with the attractiveness of its programme.

Every single party, even the far-right Alternative for Germany (AfD), lost voters to them, as analysis by public broadcaster ARD showed.

For a party that is 42 years old, and given the propensity of people to stick to their established parties, the Greens’ large vote share with the young should ensure that they continue to be a mainstay. In 2021’s federal elections, the Greens won 15% of the vote despite a campaign marred by significant mistakes.

The broader shift towards the Greens across federal and state elections should worry the other political parties, disregarding tiny Saarland. The Greens gained 5.4% in the Northern state of Schleswig-Holstein and a whopping 11.8% in NRW.

Germany’s traditional political leadership bench, which had the social democrat SPD sitting on the left, and the conservative CDU on the right, is getting more crowded. A poll on 17 May found that the CDU/CSU would receive 27% of the vote, while the SPD and Greens are at 22% each.

Additionally, despite what some commentators had feared, there is good reason to believe that Germany is not heading the way of Israel or the Netherlands, where fraught coalitions of more than three parties are often needed to govern.

Recent trends do not support the prediction that Germany may become like them. Both the far-left, die Linke, and far-right, AfD, parties have steadily lost ground across the country, crashing out of parliaments and losing significant vote shares in the last four elections.

The success of the Greens will likely usher in an era of German triumvirate politics, with three partners on more or less equal footing, leaving behind the FDP to languish in the shadows and struggle to scrape above the 5% hurdle to stay in parliament.

The question that remains is which, if any, of the three triumvirate parties is the one likely to emerge as Germany’s sole hegemon.

Russia will not get away with trying to redraw Ukraine’s borders by creating facts on the ground and waiting out Kyiv and its allies, German chancellor Olaf Scholz said on Monday (16 May), insisting that the West would not stand for a “diktat,” or dictated, peace forced on the country.

German finance minister Christian Lindner has indicated his support for the idea of seizing foreign assets held by the Russian central bank to rebuild Ukraine following the war.

More European Union countries have shown signs of impatience with the ongoing reform of the Energy Charter Treaty (ECT), which critics say impedes international efforts to phase out fossil fuels, according to leaked diplomatic cables seen by EURACTIV.

Meanwhile, the Dutch government intends to ban new fossil fuel-centric heating system installations as of 2026 while introducing the mandatory use of heat pumps or connections to heat networks.

EU foreign affairs chief Josep Borrell put pressure on Sofia on Monday (16 May) to lift its veto on North Macedonia, starting EU accession negotiations, stating that the lack of solution plays into the hands of Russia.

UK foreign secretary Liz Truss outlined plans for a new law to override parts of the Northern Ireland protocol on Tuesday, insisting that the plans would be legal under international law.

In other news, almost one billion children and adults with disabilities, as well as older persons, do not have access to the assistive technology they need, warned a new report by the World Health Organisation, whose chief urged all the countries to make this issue a priority.

The French Presidency has issued a new compromise text on the AI Act, proposing changes to the transparency obligations on different AI systems, amongst other measures.

As every Tuesday, our Transport Brief is out. Check it out for a roundup of transport-related weekly news.