The Brief – The paradox of German politics 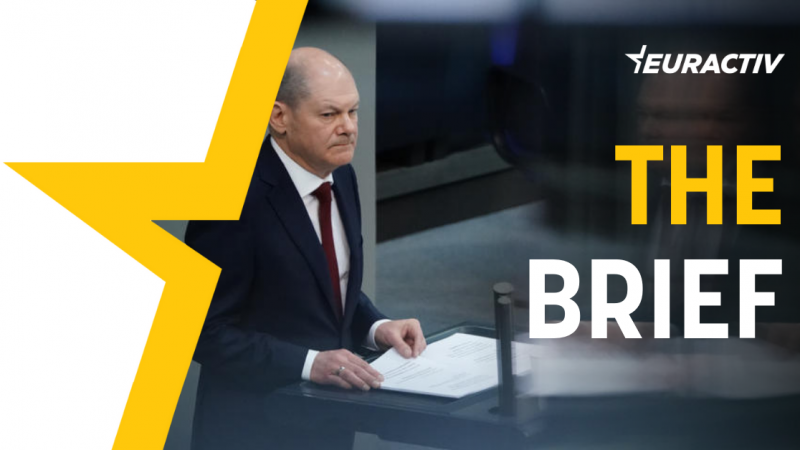 The war in Ukraine has triggered a ‘Zeitenwende’ in German politics. While the traffic light coalition had pledged to dedicate its foreign policy to the diffusion of international peace, it is now responsible for the biggest U-turn in recent German history, which has laid the groundwork for Germany to become a military power ready to defend European interests.

Germany now plans to invest €100 billion in its defence capabilities.

That the Social Democrats and Greens are responsible for one of the most significant shifts in German foreign policy history. It may look like a paradox, but in the past, most major changes in German policy were actually pushed through by the parties you would least expect.

The examples are many, and even German politicians get confused about this.

Current foreign minister and then-chancellor candidate for the Greens, Annalena Baerbock, praised the Social Democrats during their election campaign last year for “bringing the social market economy on the way” in the 1960s.

The only catch: it wasn’t the Social Democrats but the conservative CDU/CSU that invented the concept.

The same goes for the liberalisation of the German economy.

While the liberal FDP and the Conservatives were always the most outspoken about cutting unemployment benefits and social spending, it was a coalition of the Social Democrats and the Greens that was behind the biggest liberalisation of the German economy – the Agenda 2010 – in the early 2000s.

A similar pattern emerges when we look at the refugee crisis of 2015, where the conservative chancellor Angela Merkel decided to open the doors for refugees and redefined the German ‘Willkommenskultur’ – a move many in the conservative camp would have thought impossible before.

But what looks like a set of weird historical coincidences is almost programmatical for German politics: You just do what is necessary and what is best for your country – even if it contradicts long-standing party beliefs.

The German sociologist Max Weber laid the groundwork for this concept of politics in the early 20th century.

According to him, politicians shouldn’t only be driven by their ideological preference but by Verantwortungsethik – which loosely translates as the ethics of responsibility.

This political-moral principle puts the consequences of political action at the centre of decision making, even if the decision runs against the deep-seated ideological beliefs of the policymaker. And that’s what we are, once again, seeing now.

The prime ministers of Poland, Czech Republic, and Slovenia were set to meet with Ukraine’s President Volodymyr Zelensky and Prime Minister Denys Shmyhal in the country’s embattled capital Kyiv on Tuesday.

India may take up a Russian offer to buy crude oil and other commodities at a discount, two Indian officials said, in a sign that Delhi wants to keep its key trading partner on board despite Western attempts to isolate Moscow through sanctions.

Civil society calls on the EU, national governments and humanitarian organisations to step up efforts to protect Ukraine’s 2.7 million persons with disabilities who risk abandonment, death or a lack of shelter amid Russia’s invasion.

The UK government has added more than 360 Russian oligarchs, politicians and companies to its sanctions regime, making them subject to an asset freeze and travel ban.

While the debate was more focused and better organised than before, participants said disinterest from politicians clouded the latest panel of the conference on the Future of Europe (CoFoE) event in Strasbourg at the weekend.

Thousands of Hungarians were set to join various public events in Budapest on Tuesday to mark the start of the 1848 uprising. This year’s celebration of the event – which ended with a brutal Tsarist putdown – takes on particular significance as Moscow’s invasion of Ukraine looms large over April’s general polls.

Last but not least, don’t miss our Transport Brief for a weekly roundup of news.