The Brief – Three-ways are hard 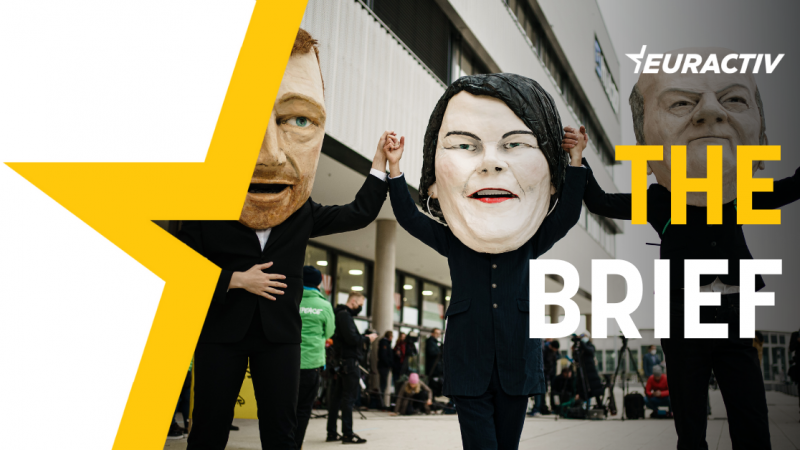 As most of Europe piles on the pressure and lambasts the German government in a desperate bid to get it moving on an energy embargo against Russia and arms deliveries to Ukraine, the three-party government in Berlin appears to be struggling to keep up.

That’s because three-ways are hard.

Germany has historically been governed by coalitions of two parties (never more than two), where the conservatives or the social democrats would be the dominant partner – until this changed in 2021.

For the first time, a three-way coalition of the social democrat SPD, the Greens, and the liberal FDP took up the reins in Berlin. Sure, there had been three-ways at the state level before, but being at the helm of the largest EU state is another matter entirely, and it shows.

If a brief look at Germany from the outside leaves the impression that the four-month-old government is slow to make decisions, thwarted by internal struggles, that’s because it is.

Three-way governments are more than the sum of their parts, for better or worse. Because every party to the government is, at the very least, split in four: the ministers in government, the Bundestag faction, the party itself and then the state-level ministers.

Multiply that by three and you’ve got a wild mix of different interests, decision-making procedures and, to be frank, varying degrees of proximity to Russia.

One only needs to look at the SPD’s iron lady, Manuela Schwesig, who literally let Gazprom dictate government policy in the Nord Stream 2 state of Mecklenburg-Vorpommern.

The more cogs to a machine there are, the more likely it is to jam.

Within the SPD, foreign policy spokesman Michael Roth has said that the Chancellor was not the only one to blame, implicitly attacking SPD whip and avowed pacifist Ralf Mützenich.

And the pacifist wing inside the SPD has criticised what it describes as “hasty” calls to deliver heavy arms to Ukraine.

That, in turn, drew a sarcastic response from FDP defence policy lead Agnes Maria Strack-Zimmermann, who said such a position 55 days into the war was “impressive.”

In the middle of all the hubbub, Roth became so dismayed at the stance of his party that he gave his Twitter account to a Ukrainian activist in a desperate bid to engender some movement from his party.

The government machine in Berlin is obviously far from being as well oiled as we have come to expect from the unofficial leader of the EU.

With that in mind, it should come as no surprise that Germany has moved slowly as Russia wages a bloody war on Ukraine.

Split between pro-business and pro-union interests across parties that oppose an embargo on Russian energy, and amid pacifist party wings warning against arms supplies, Scholz appears to be going at it alone.

But the machine can’t be avoided forever. The turning, and sometimes jamming, of its many, many cogs is the essence of (German) democracy.

To those hoping that the Germans will finally act, be warned. Much like in private life, political three-ways are hard to manage and tend to be rather messy.

The growing shortage of skilled labour may soon threaten productivity in Germany, and Europe’s biggest economy is now scrambling to make the most of well-trained Ukrainian refugees as Russia’s war on Ukraine enters its third month. EURACTIV Germany reports.

German development minister Svenja Schulze is travelling to the World Bank Group’s spring meetings in Washington with a clear mission: G7 and donor countries should form a food security alliance to tackle the global food crisis.

EU chief Charles Michel said Wednesday that there must be justice for war crimes committed in Ukraine as he toured the devastated town of Borodianka on a visit to the country.

The proposed directive for a harmonised charger for electronic equipment was adopted by the leading committee on Wednesday, including some important changes in terms of scope, bundling, and consumer information.

Denmark is seeking its own cash-for-migrants agreement with Rwanda a week after the UK signed its own asylum pact with the East African country.

Don’t forget our weekly Health Brief: Back on vaccination track.