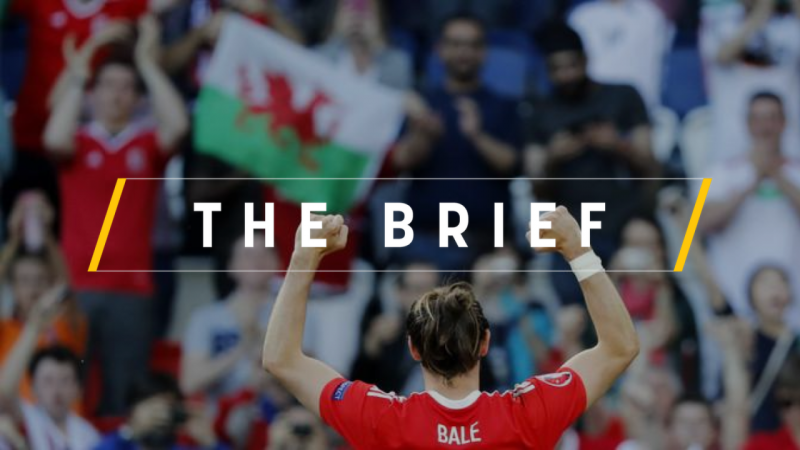 The UK government’s handling of the corona-crisis threatens to split the union of England, Northern Ireland, Scotland and Wales – already weakened by Brexit – as separatism stands to enjoy a virus dividend.

The Euro 2020 football tournament was postponed in March but that has not stopped hardcore fans from getting their fix of international matches. For the last few weeks, ‘Virtual Euro 2020’ twitter account has been simulating the results of the planned fixtures in real time.

It all reached a crescendo yesterday, as Wales met England in the final of the e-cup. After leading 2-1 until the last few minutes, the Dragons conceded two late goals and were defeated by their arch-rivals, in another chapter for the ongoing ancient saga that is Anglo-Welsh relations.

But a more significant one could be written this week, when the issue of independence raises its head once again.

The Welsh parliament, the Senedd, will debate this Wednesday (15 July) whether to seek from the central government in London the constitutional right to hold a binding referendum on seceding from the UK.

A motion penned by the indy-advocating Plaid Cymru party points out that Welsh people have “welcomed the ability for Wales to act independently during the coronavirus crisis” and notes the successful virus policies of similarly sized independent countries.

Over the past few months, Cardiff has at times become exasperated with London’s curious virus policies, which were often not communicated across the border or contradicted measures already in place.

For example, your correspondent’s nearest and dearest – who live literally a stone’s throw from the English border – were regularly left scratching their heads about whether driving across the river was allowed, given that two separate sets of rules were in force.

If the Plaid motion is successful, the devolved Welsh government would embark on a quest to get the assent of Westminster, in the same way the Scottish government went about organising its own, ultimately unsuccessful, 2014 referendum.

That is not to say that the public would be asked the question immediately, although Plaid would like to see a campaign during the next legislative cycle, due to start after next May’s elections.

As things stand, a vote would almost certainly go the same way as the doomed poll on Scottish independence; a survey from June put support for Welsh independence at around 25%.

But that does not tell the entire story.

Twenty-five percent is a huge increase in separatist sentiment compared with previous years and there has been a 4% swing over the last six months alone. Judging by how Wales figures into the UK government’s plans, it is likely to grow.

The Senedd and its counterparts in Belfast and Edinburgh want more lawmaking powers in the post-Brexit era. But Westminster has other ideas.

According to media reports today, Boris Johnson’s government intends to withhold power over state aid policy once the Brexit transition period expires on 31 December. As both Cardiff and Edinburgh are keen to remain aligned with EU rules, it puts the two sides on a collision course.

Scotland’s First Minister, Nicola Sturgeon, called the idea a “direct assault on devolution” and tweeted that “if the Tories want to further boost support for independence, this is the way to do it”.

Trouble was already brewing when it became clear that Westminster wants to have the final say on issues like food safety standards, which in a world filled with cliches like chlorinated chicken is worrying for the devolved governments.

Anti-unionists are having a good month. In this weekend’s regional elections in Spain, Galicia’s nationalists tripled their share of seats – becoming the second-largest party – while in the Basque Country, the nationalists increased their showing and nearly got a majority.

Relations between central and regional governments were strained across Europe before the pandemic hit. In some cases, like Germany, you could argue that the outbreak reinforced their respective roles. But elsewhere, it has dealt a body blow that could do long-lasting damage.

Poland’s incumbent president has won what was the most closely fought election of the country’s post-Soviet era. This morning the result was too narrow to call but Andrzej Duda has now declared victory.

Who will be the next head of the World Trade Organisation? The new director-general could hail from African and be a woman, both for the very first time. Benjamin Fox looks into the goings-on behind the scenes.

UN Sec-Gen António Guterres wants any virus recovery policies to be compliant with the Paris Agreement, including aid granted to the aviation and shipping sectors.

Deadly fighting broke out between Armenian and Azeri forces in disputed Nagorno-Karabakh this weekend. The EU called on both sides to cease their hostilities.

This week, make sure you check out our Special Reports on innovation in agriculture and rare diseases. Data sharing is emerging as one of the crucial elements needed to ensure success in the latter.