The Brief – Waiting for the next wave 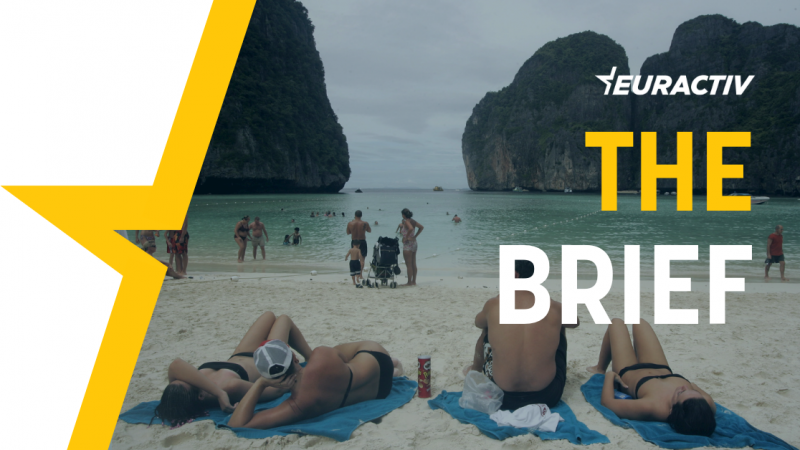 There is news we want to hear, and news we try to ignore. These days, Europeans are packing for their summer vacations. The news we don’t want to hear is that by the time we return from well-deserved holidays, the next wave of COVID-19 will have gathered force.

Moreover, this wave will largely be the result of our behaviour – too much relaxation of the restrictive measures to contain the pandemic.

But COVID is not the only crisis we are facing. The West has abandoned Afghanistan and Iraq, and Europe is bracing for a new wave of immigration to rival that seen in 2015. These people, fleeing Islamic extremism, would largely qualify for asylum.

The author of this brief has been to Kabul airport, to Mazar-i-Sharif and in particular to the huge Bagram airbase in Afghanistan, under the usual tense circumstances and peril for his life. At that time, it was impossible to imagine that the West would one day withdraw.

But it did, leaving behind a modern population, especially in big cities, which are in grave danger from the backward-looking Taliban forces now seizing power. We cannot turn these people down. They flee to save their lives.

Make no mistake. Not one of these crises is over. As in Hollywood movies when the villain is apparently vanquished but he somehow comes back from the dead and strikes again, more dangerous than ever.

This is the new normal. We are living on the edge, from crisis to crisis, and the only thing we can do about it is become more resilient. The question is – are we preparing?

Bankrupt Greece threatened to sink the eurozone. But what happens if Italy becomes the new sick man of Europe? What happens if Russia and Turkey become a nuisance simultaneously? And what happens if crises do not follow each other, but strike all at once?

Can we survive the perfect storm?

We don’t know in detail what EU leaders discuss when they meet behind closed doors – maybe they pay attention to such concerns. Maybe not. The Council president seems to invest more time in attempts, ultimately unsuccessful, to manage Georgia’s domestic crisis than on EU strategy.

The Commission president has shown character on one occasion, unfortunately more against Michel than against a foreign actor. We wish both were capable of more.

So, dear Europeans, enjoy your holidays but don’t forget to hold your politicians responsible for their deeds. And while you are sitting on the dock of the bay, always be ready for a tsunami!

French publisher Le Figaro has been fined €50,000 by the country’s data protection authority after its website was discovered to be installing third-party advertising cookies without the users’ consent.

The recent overhaul of European climate legislation to slash greenhouse gas emissions by 55% by 2030 is a good first step towards supporting geothermal energy but goes little further, according to a former Bulgarian environment minister.

While the sustainable development agenda took a back seat during the pandemic, one region in Spain pressed ahead with creating an ‘ecosystem’ for reaching global goals locally. To take a closer look, EURACTIV spoke with Marta Marín, delegate of the Basque Country’s mission to the EU.