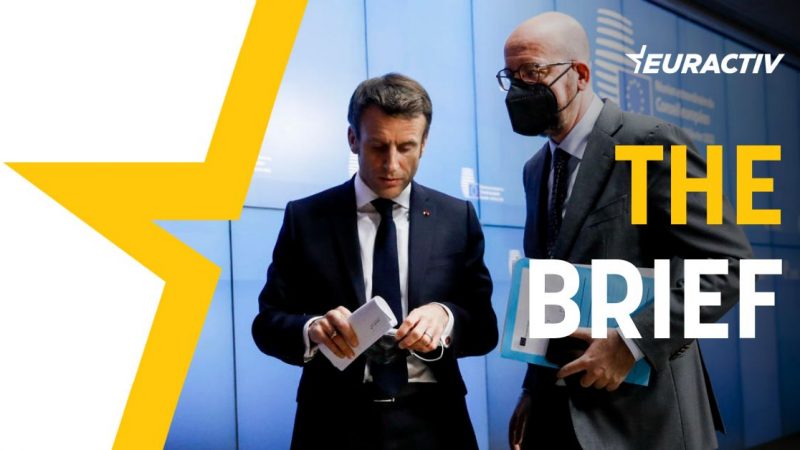 The messy business of Europe’s everyday politics has been overshadowed by Russia’s war in Ukraine. As horrible as that might sound, for some European leaders, it really could pay off to be a wartime president or prime minister.

Over the last 27 days, since Russia launched the invasion, Ukraine’s President Volodymyr Zelenskyy has become the poster child of a statesman in many ways.

Just over three years ago, he was a TV comedian and actor, swept into his current post by a landslide victory as a ‘dark horse’ of a messy election campaign.

Between then and now, his political agenda and reform efforts can be described as mediocre at best.

But he is currently standing on the front line of Russia’s war on Ukraine, arguably doing what he does best, producing moving and effective PR to gain support for his country’s cause.

Like a true ship captain, he has refused to leave his country and has been canvassing leaders of the European Council as if Ukraine already had a seat at the bloc’s table.

In a crisis, leaders are revealed.

Europe saw this during the global financial crisis and the COVID-19 pandemic, where many leaders were either elevated in status or their heads rolled over wrong or weak decisions.

Let’s look at France, for example, where President Emmanuel Macron is up for re-election in April.

In a TV debate earlier this week, a journalist asked Macron why he had just spoken to Russian President Vladimir Putin – yet again – despite all the destruction and blatant breaches of international law by Moscow.

Macron responded by highlighting the horrors of war on European soil, but he added he was talking to Putin and other world leaders because he was pushing for a ceasefire.

How can any other candidate compete with the chef de guerre?

In the latest IFOP poll, Macron is seen coming safely on top in the first round with 28% of the votes, about ten points ahead of far-right leader Marine Le Pen, who arguably might not have the best cards, considering her party’s shady ties with Russian money, and her previous love for Putin.

In the second round, Macron is widely expected to defeat her.

The UK’s Prime Minister Boris Johnson largely avoided the fallout of embarrassing police investigations into lockdown-breaching government parties, dubbed ‘Partygate’, that at one point seemed to have shaken his position.

With Ukraine, Johnson has tried to seize the mantle of a global statesman and largely succeeded – at least for a while. Of course, Johnson being Johnson, he already managed to tarnish that newly acquired image with a stupid remark comparing Ukraine’s fight for freedom with Brexit.

In Europe’s East, Poland’s Prime Minister Mateusz Morawiecki went from zero to hero, enjoying probably his best three weeks in office, which even usually hostile opposition politicians had to admit.

President Andrzej Duda, meanwhile, will host US President Joe Biden later this week, which will be the latter’s only trip to a European country following the summits in Brussels tomorrow.

Eastern European leaders from Poland, Slovenia, and the Czech Republic restored much of their credibility by paying a surprise visit to embattled Kyiv.

The list could go on: Will Hungary’s Viktor Orbán fall over his soft-ball approach towards Moscow in the polls on 3 April? What will German Chancellor Olaf Scholz’s current role mean for the rest of his term?

Meanwhile, one upcoming election has gone completely unnoticed amid the EU’s frenzied collective efforts to find an adequate response to Russia’s brutal dealings in Ukraine.

European Council President Charles Michel will be up for re-election at this week’s EU summit as his (first) term comes to an end on 30 May – and undeniably, he stands a good chance of being confirmed for another 2.5 years.

Michel’s performance is likely to be judged, at least in part, by his reaction to the Russian invasion of Ukraine.

On that, his track record as chair and agenda-setter is relatively good: He called two unscheduled summits on the developing Ukraine crisis and invited Zelenskyy to make an appearance at a crucial moment that allegedly swayed some leaders’ positions.

Plus, much to his credit, he hasn’t jumped on Macron’s train of continuous calls with Putin.

The rest of his first term could be arguably described as a mixed bag.

But in the context of projecting EU unity and continuity, there might be no debate at all about reconfirming him in the position. After all, who wants a leadership debate now?

NATO leaders will agree on additional support for Ukraine, which will also include protective equipment against a potential use of chemical and nuclear weapons in the country, the alliance chief Jens Stoltenberg said on Wednesday.

Poland’s special services asked the foreign ministry on Wednesday to expel 45 Russian diplomats, some of whom it suspects of working for Russian intelligence under the cover of diplomatic assignments, an allegation Russia has denied.

French President Emmanuel Macron has promised an ecological transition plan to the tune of €50 billion if he is re-elected to lead the country in an election in April.

A “Temporary Crisis Framework” allowing member state governments to financially support businesses impacted by the Ukraine war was adopted by the European Commission on Wednesday.