The Brief – We’ll always have Strasbourg…? 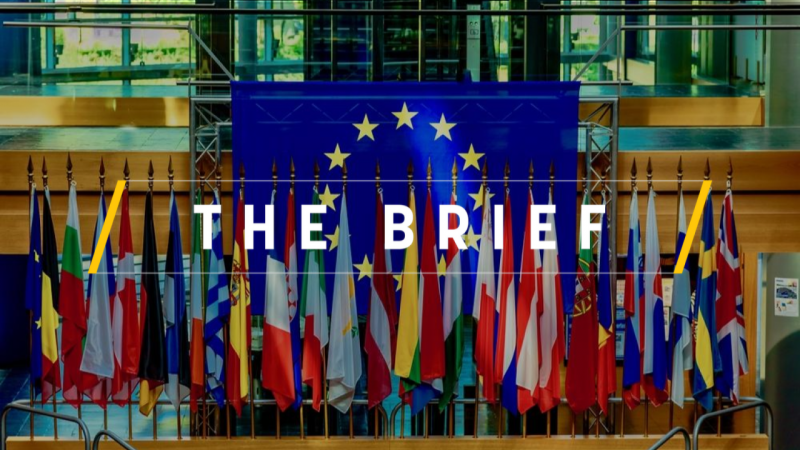 Strasbourg’s monthly ‘travelling circus’ of MEPs cannot coexist with the EU’s current priorities and the post-pandemic world we are swiftly moving towards. France should see the opportunities on offer, not rage against the dying of the Alsace light.

The EU’s top court ruled today that the European Parliament was entitled to adopt the 2018 budget at a Brussels plenary rather than a Strasbourg session, though the law suggests that such matters should be finalised in Alsace, not Belgium.

France, with support from Luxembourg, had complained that procedure was not properly followed and, keen to nip in the bud any undermining of the two-seat status quo, was pushing for the budget decision to be annulled.

In ruling that the Parliament was right to treat the budget adoption on a case-by-case basis and that “essential requirements relating to the proper conduct of the budgetary procedure” were in play, the court has struck a much-needed blow in favour of common sense.

The ruling also gently loosens a thread in the great tapestry that is the long-running second-seat debate, which could lead to the whole thing unravelling sooner rather than later.

Now, your correspondent knows that this particular issue will stir up some passionate arguments on either side but, dear readers, Strasbourg has to go.

If you ask MEPs, some of them enjoy the monthly trips but most hate it and would be only too happy to see the whole hassle cancelled.

It is an unnecessary drain on taxpayer money – more than €100m every year – and MEP time, which would be better spent engaging with their voters and completing their parliamentarian work, and the optics look increasingly untenable.

As temperatures in the Arctic reached a record 38 degrees this week, how can the Parliament square its climate policy ambitions with monthly trips that emit thousands of tonnes of CO2?

And as we hopefully move towards a post-corona world, MEPs have also notched up hours of virtual committee debates and, unlike certain other parliaments, embraced the concept of e-voting with gusto.

The Brussels HQ is due for an expensive refurb, so lawmakers can either have the last hurrah in Alsace before waving goodbye for good or cite exceptional circumstances once again and continue to do business online while the works are finished.

France would deserve something in return for its honourable decision to relinquish the seat, of course. Emmanuel Macron would be a fool to agree to a treaty tweak without getting some concessions, be they related to the virus recovery plans, climate policy or otherwise.

The French president loves agencies and the huge Strasbourg base could be fast-tracked to the top of the list. There is a new space agency on its way to Prague but given France’s big interests in the sector, maybe Paris could push for it to set up shop in Alsace instead?

Or Macron could dream bigger. A brand new agency, one of his choosing, geared towards green finance, citizen consultations or climate change mitigation. Year-round employment, hotels still make money and Manu makes good on his EU-greater-good rhetoric for once.

In the other corner, critics of the scrapping idea point to Strasbourg as a shining beacon of Franco-German reconciliation after the Second World War, which is certainly not in doubt. But it is 2020 and at last time of counting, there were 25 other member states.

Lufthansa’s massive €9bn bailout got the green light from the Commission and its shareholders. Check here for full coverage.

EU regulators will also have to look into the German government’s draft coal phase-out rules, which includes compensation for power providers that are expected to take plants offline ahead of a 2035 deadline.

Europe’s largest steelmaker announced its plan to go carbon-neutral by 2050 but insisted that it will depend on large-scale investment and the setting up of a contentious carbon border tax.

The race to succeed Mario Centeno as Eurogroup president kicked into top gear as candidates declared their interest. Spain’s Nadia Calviño and Ireland’s Paschal Donohoe had thrown their hat in the ring at time of publishing. More details via Jorge Valero here.

Check out this week’s GDPR-centric Digital Brief and the latest edition of the Global Brief, for all things foreign affairs. Make sure you sign up for the Agrifood Brief too, which now comes with an extra cherry on top…

A full set of candidates for the Eurogroup job by the end of the day.