The Brief – Where is the industrial force of Germany in this war? 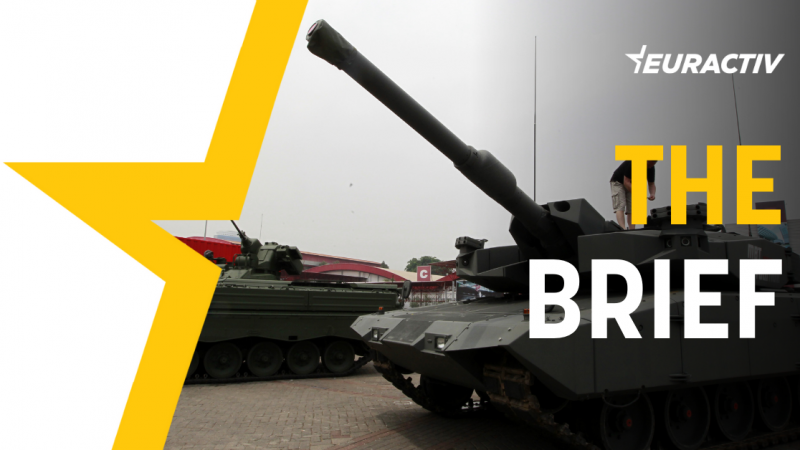 Amid all the pacifist talk in Germany, those of us who are not defence reporters could easily forget that Germany is one of the world’s largest arms exporters. Whether this has been brought to bear in support of Kyiv is another question entirely.

While most arms-related figures are inherently unreliable – defence is not an industry that thrives on transparency – one thing is clear: A lot of people are willing to pay a lot of money to receive arms made in Germany.

After the Russian invasion started, Chancellor Olaf Scholz proclaimed a Zeitenwende [turning point] in German politics but the reality on the ground is much more sobering.

Other than the token 5,000 helmets the world has already ridiculed the Germans for providing, Berlin has sent 500 stinger surface-to-air missiles and 1,000 anti-tank rocket-propelled grenades, affectionately nicknamed Panzerfaust, as well as 500 mouldy Soviet-era anti-air missiles of the 2,700 that were promised. The rest is purported to be non-functional.

And the defence depots are already empty, the German government says.

“We can hardly supply anything from the Bundeswehr’s stocks anymore. I would almost say we can no longer supply anything,” Defence Minister Christine Lambrecht explained.

Enter global defence players like Rheinmetall, Thyssenkrupp, and Heckler & Koch, who would love to have a piece of the Zeitenwende pie and pump out arms at full capacity, provided the German government foots the bill.

Indeed, there have been media reports that contracts have been signed. But the information made available to the public ends there.

“Times of war are detrimental to transparency. Whether and which weapons are supplied is not public, for good and obvious reasons,” said Sven Giegold, a close ally of Vice-Chancellor Robert Habeck and well known to Bruxelloise as a vocal former MEP.

As the initial shock of the war abates and public interest in the war drops, perhaps the government is just biding its time and waiting for the war to blow over?

It would not be the first time that Berlin has failed to draw proper lessons from Russian military aggression.

In 2015, German companies signed the agreement to build the Nord Stream 2 pipeline, barely a year after Russia annexed Crimea, with the implicit approval of the government.

It is not clear whether and how much the German government relies on its flourishing arms industry in order to provide support to Ukraine, although there may be something in the works.

But the real question is: Should it not be time for the German government to come clean and signal to all Ukrainian citizens and the world how far it is willing to go to help the current defenders of the global democratic order?

Researchers from the EU Tax Observatory and the World Inequality Lab argue that a comprehensive overview of assets held by wealthy individuals is needed to implement the sanctions against Russian individuals effectively.

Leading economists have urged South African President Cyril Ramaphosa to reject an EU and US compromise to provide a temporary waiver on the intellectual property rights of COVID vaccines, warning that “a bad deal is worse than no deal”.

The European Commission has launched an online portal to provide information and support to researchers who are based in or who have fled Ukraine.

Today’s world is moving fast: Stay on top of all moving news with our weekly Transport Brief.