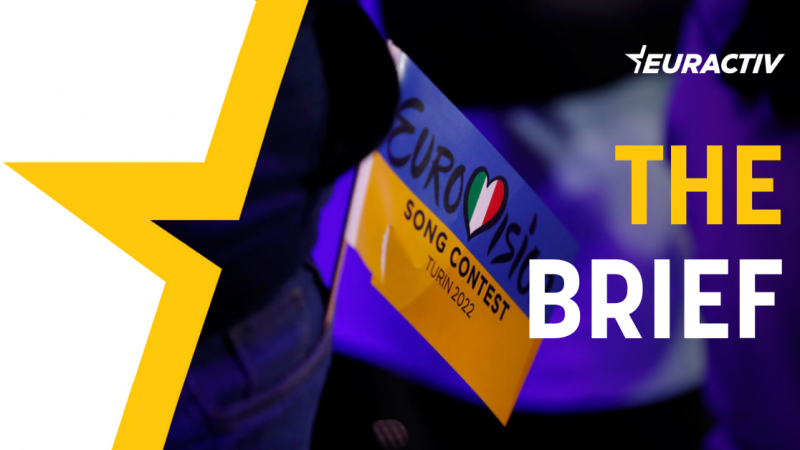 The longest-running annual TV music competition – certified by the Guinness world record – kicks off this evening with the first semi final of its 66th edition in Turin, Italy, with over 40 countries participating.

The event, which attracts huge engagement on social media every year and counts on a loyal and very diverse audience, will run through the end of the week when the winning singer or band will be announced, after nerve-wracking live voting.

Often criticised for the questionable quality of the music and tawdry performances, the competition has contributed to the career launch of true pop idols.

Just think of the Swedish band Abba, who won the contest in 1974, a 20-year-old Celine Dion, who sang for Switzerland in 1988, and the Italian rock band Måneskin, who went on to experience unexpected global success after winning last year’s edition.

Although Eurovision is formally apolitical, politics has always played a major role, including strong political moments like when Iceland’s runner-up Hatari waved Palestinian flags in the 2019 edition in Tel Aviv, or the ‘music’ tensions between Greece and Turkey in the 1970s after the Turkish invasion of Cyprus

Eurovision is not only about politics, though, it is also followed by politicians: This week, French broadcaster Stéphane Bern admitted he had been asked directly by President Emmanuel Macron to investigate the allegations about Italy’s Måneskin singer snorting cocaine on stage.

However, with the ongoing war in Ukraine, this edition is expected to be the most political ever.

The Eurovision’s organiser, the European Broadcasting Union (EBU), made a historic decision to kick out Russia as it deemed that “the inclusion of a Russian entry in this year’s Contest would bring the competition into disrepute.”

Ukraine’s runner up Kalush Orchestra is also considered a potential winner with the song “Stefania” surfing the emotional wave of the war.

Something similar to what happened in 2016, when the winning Ukraine entry “1944”, performed by Jamala, referred to the deportation of the Crimean Tartars during World War II – which many saw as a thin disguise for the 2014 annexation of Crimea by Russians.

Consequently, as the general rule demands that the national broadcaster of the winning song host the event the following year, Russia decided to boycott the 2017 Eurovision.

This kind of situation is criticised by purists, who want to keep the musical event as separated as possible from what is happening in the world.

But the political flavour is just one of the reasons why EURACTIV has decided to provide special coverage of the ESC this year.

Yes, we deal with politics and we mostly deal with policies – of which it is hard to find a trace in the Eurovision, apart from the carbon footprint that this gigantic event will leave in terms of emissions.

But Eurovision also advocates two of EURACTIV’S core values, being pro-European in a constructive way and promoting multilingualism.

It is true that Europe’s concept of this competition is broader than the EU, as it includes countries that will never join the bloc, some that are not even in Europe, and one that has just left.

But an approach to the European identity-making that is different from just strengthening economical ties can offer food for thought on where the European project is going and which values it is good to insist on.

While Germany does not support a fast-tracked accession of Ukraine, Foreign Minister Annalena Baerbock said on Tuesday that she supports the idea of a reform of the EU to allow Ukraine and other countries to integrate more deeply with the bloc.

Baerbock travelled to Kyiv on Tuesday as the first minister of Scholz’s cabinet, where she demanded that the “war crimes and the crimes against humanity”  be investigated.

The European Union on Tuesday accused the Russian authorities of carrying out a cyberattack against a satellite network an hour before the invasion of Ukraine to pave the way for its assault.

Meanwhile, the European Commission is looking to increase the EU’s renewable energy target for 2030 as part of plans due next week, which also include faster permitting rules for new projects and a solar strategy that could make rooftop solar mandatory for all new buildings, according to leaked proposals seen by EURACTIV.

Yet another compromise text on the AI Act has been circulated amongst the diplomats of the EU Council by the French Presidency ahead of a working party meeting on Tuesday.

The forthcoming set of broader EU cybersecurity requirements could hit obstacles in the form of insufficient financial and staff capacities, prompting fears in the Czech Republic that they could create new headaches, particularly for private companies.

In other news, the Conference on the Future of Europe (CoFoE) ended on Monday (9 May), but a group of politicians want citizens’ panels that were at its heart to become a permanent practice at the EU level. EURACTIV Germany reports.

And among the 49 proposals presented to EU leadership is the idea that Brussels gets involved in education policy, at a minimum in civics education.

A new report by Albania’s Insitute for Democracy and Mediation (IDM) says the electorate wants more democratic progress in the EU candidate country, considered a hybrid, or only partly democratic, regime according to Freedom House.

Obesity is a complex multifactorial disease that affects almost 60% of adults and one in three children in Europe. The obesity community has to become louder and change the harmful narrative of ‘eat less, move more’, Jacqueline Bowman-Busato told EURACTIV in an interview.

As every Tuesday, check out our Transport Brief: Russia and the Great Plane Robbery.