The COVID-19 vaccine is a global public good

By S&D - Socialists and Democrats in the European Parliament 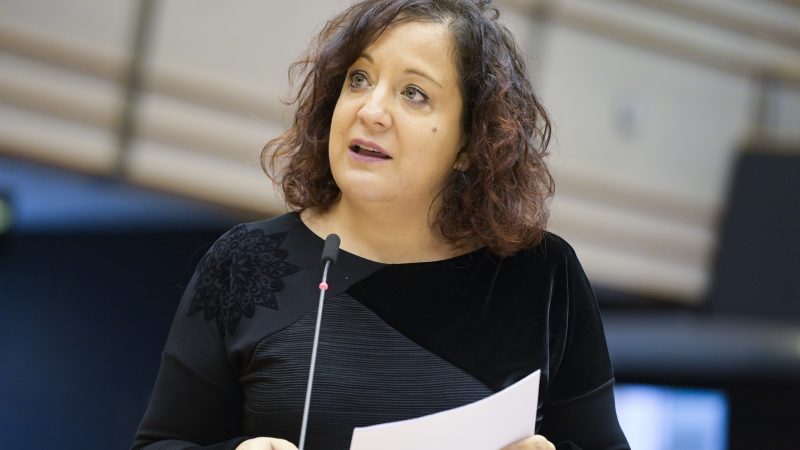 Principles are put to the test at times of trouble, both for people and for countries.  When everything runs smoothly, it is easy to be a good neighbour. It is when faced with uncertainty, necessity, fear or scarcity that our true nature emerges. It is also then that we can make a difference.

How we face the COVID-19 crisis shows our trust in the principles inspiring the European Union.

One year ago, when the magnitude of the pandemic, its long-term effects on health, and its economic, social and psychological impact were still unknown, I wrote an article making the case for global solidarity, to overcome the crisis without leaving anyone behind.

Looking back, we managed to keep our borders open, to ensure the supply of medicines and other goods, to set up a recovery fund and offer financial support to businesses and workers. We showed that together we are stronger, and that solidarity is also the most effective way to face hardship.

Now is the time to do the same for the European strategy to purchase, distribute and administer the vaccine.

The European Union is based on law, justice, equality and cooperation for the common good, and these principles are more necessary than ever when a crisis strikes.

When the machinery of cooperation works on a daily basis, quietly improving people’s everyday life, it is ready to kick into gear to react to violent shocks such as the COVID-19 pandemic without panicking or being dragged along by an outdated concept of patriotism. Outside the European Union, other governments are guided by other principles.

Donald Trump’s “America first” found echo among those who don’t believe in multilateralism and cooperation, because they see the world as a jungle in which we are all fighting each other for survival. Such social and economic Darwinism destroys those who are weaker and feeds resentment between people and between nations.

This is why the big success of the European Union in the COVID-19 crisis and in its vaccine strategy lies in having installed our values in very concrete management: for us there are no strong and weak countries that must fight each other, and we will not allow big pharmaceutical companies to drag us into some kind of auction or bidding war to increase their profits.

Before the summer, when we still didn’t know which laboratories would be the first to develop the vaccine, the EU negotiated with different companies to reduce the risk and guarantee supply, taking into account unforeseen contingencies.

Furthermore, in a bid to cover research expenses and speed up development, the EU paid in advance by using loans of the European Investment Bank.

Finding hurdles in the mass production process is understandable, and the European Commission, together with member states and the European Medicines Agency, are ready to cooperate with companies to increase capacity. Just as it is understandable that the complexity of the situation means coping with a certain degree of uncertainty around the approval and efficiency of vaccines that are being brought to the market.

What is neither defensible nor acceptable is that certain companies, like AstraZenaca, try to step back after having signed a contract under specific conditions in the hunt for a better offer. The EU will take legal action and will continue to work with other firms.  In this respect, the European Commission must remain steadfast.

At the same time, ensuring more transparency on the contracts would help to clarify the situation. Even MEPs have not been able to see these contracts. All documents that are exempt from confidentiality clauses should be made public in a bid to help reaffirm the Commission’s credibility.

Yes, it is time to speed up the vaccine roll-out, and the 27 national leaders already agreed to it. They also agreed on to a common protocol, so that no one can cross the border trying to be vaccinated before his or her risk group is due.

The common goal is to vaccinate at least 80% of people aged over 80 and 80% of health workers in March, and 70% of all adult population in  the summer. The European Centre for Disease Prevention and Control will monitor the progress and will publish the data bi-weekly.

There has been criticism for the slow pace of approval by the EU when compared with countries like China, Russia or the UK. The difference is that in the EU we have the strictest criteria to put medicines and medical products in the market.

As we search for efficiency and promptness, we didn’t budge one inch in quality and safety. We Europeans do not compete against anyone, and we don’t sacrifice quality for the sake of propaganda.

We know that nationalism and competition against the neighbour is exacerbated in times of crisis. And we are now facing a global crisis like never seen before, where countries the world over need the vaccine at the same time for the purposes of mass vaccination of their entire population.

The EU has negotiated on behalf of the 27 to secure vaccines at a reasonable price – without surging costs that an auction between all bidders would have resulted in – , and the EU has not just secured enough for ourselves.

The EU purchased 2,3 billion doses for a population of around 500 million. This means that from the very start we took into consideration the rest of the world, that we will manage working together with the World Health Organisation (WHO).

As a Social-democrat, I am particularly proud that the EU considers the vaccine a global public good, and therefore sees it as a duty to grant access to each and every person, regardless of where in the world they live.

Rich countries, representing 14% of the world population, have secured 53% of the vaccines that are at the more advanced stages of being available for distribution, so we must ensure fair and equitable access to the rest of the world.

The EU has worked with the WHO to set up a global facility, COVAX, that will channel international solidarity. But the EU should also coordinate its diplomatic strategy with member states to work with our neighbours and with less developed countries.

The EU is far from perfect, and there’s still a lot of work to do: Building a Health Union for example. However, I am persuaded that our principles are needed to face a global crisis, and our influence in international bodies can contribute to strengthening the United Nations and to building a new world order based on law, justice and cooperation.