The Future of Europe is a Europe of sovereign nations 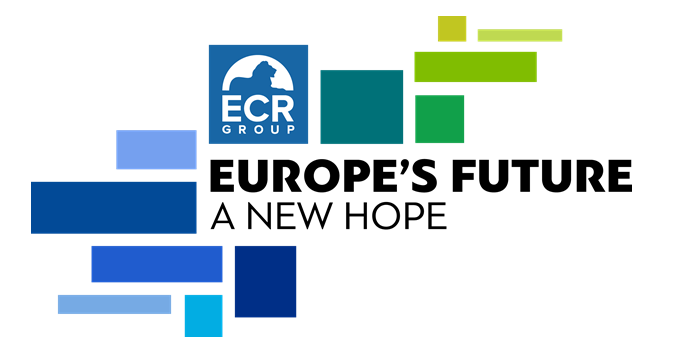 Towards a “better Europe”, not “more Europe”

The Founding Fathers of what we today call the European Union, envisaged this project as a community of sovereign, independent, national and democratic states that work together for the prosperity of their citizens, which would bring peace on the continent.

In their vision Europe is a place where supranational institutions are in balance with the governments of the Member States and the EU treaties that everyone signed up to are respected.

Unfortunately, after many decades of peace and prosperity, Europe is experiencing today a forced wave of change from Brussels.

The spirt of collaboration and solidarity among states is shadowed by the strong propaganda in Brussels that pushes for more and more sovereign decisions from the Member States be taken away and the power be centralised in Brussels, instead of protecting this partnership between democratic states that have proven to work very well until now.

Starting with the concept of the spitzenkandidat to the parallel mechanism on the rule of law that purposefully gets around the Art. 7 procedure as outlined in the Lisbon treaty, all these are pressure points that force the federalisation of the European Union.

Over the past decade, the European Union has lost the trust of many citizens because they feel their national integrity and sovereignty is being liquefied by bureaucrats. Many states have already felt threatened by this trend and it is hardly a mere coincidence that the UK has decided to exit.

There is no political support or mandate for an even more over-centralised and over-bureaucratised Europe, and federalism is the biggest threat for the continuity and future of the EU.

The core task of the Union is to build a strong internal market that helps citizens live better and be prosperous.

The citizens of the European states do not need a super-state called “Europe”, promoted by federalists who claim that we need “more Europe”.

What the citizens of Europe need right now is a “better Europe”, where their fundamental rights are protected and Member States’ sovereignty is respected. Power and accountability are best exercised at the lowest level of government, which is closer to the people that it impacts.

The people of Eastern Europe who experienced the bureaucratic over-centralisation of power under the Supreme Soviet based in Moscow understand very well how vital it is to protect the rights of the individual, the family, civic society and democratic nation state against any institution which would attempt take away their rights.

The ECR Group in the European Parliament has organized a round of conferences in different EU countries with the name “Europe’s Future: a New Hope” in order to discuss the issues mentioned above and to offer an alternative to the forced federalisation imposed by some Brussels officials.

In ECR’s vision, if the EU is to survive and ensure the trust and cooperation of Member States, then it needs to identify and accept the mistakes that have led to citizens mistrust in it and find solutions which put national sovereignty and fundamental rights first.

As stated in the Prague Declaration, we as a centre-right party, are dedicated to free trade, family values, fundamental rights and national sovereignty, and we consider that these values should underpin  the path to EU reform.

The European Union is the most important project on the continent, the project that has brought peace and stability since the end of World War II. It is important, therefore, that this generation of politicians would not destabilise it.

We don’t need “more Europe”! Instead, we need a “better Europe” where the Member States’ sovereignty is respected, fundamental rights safeguarded and the decisions are made in the interest of the European citizens.

Join us in our next Conference in Bucharest, where we will be live on 26 February 2021 at 18:00 CET. Please find more information on our website: www.ecrthefuture.eu.